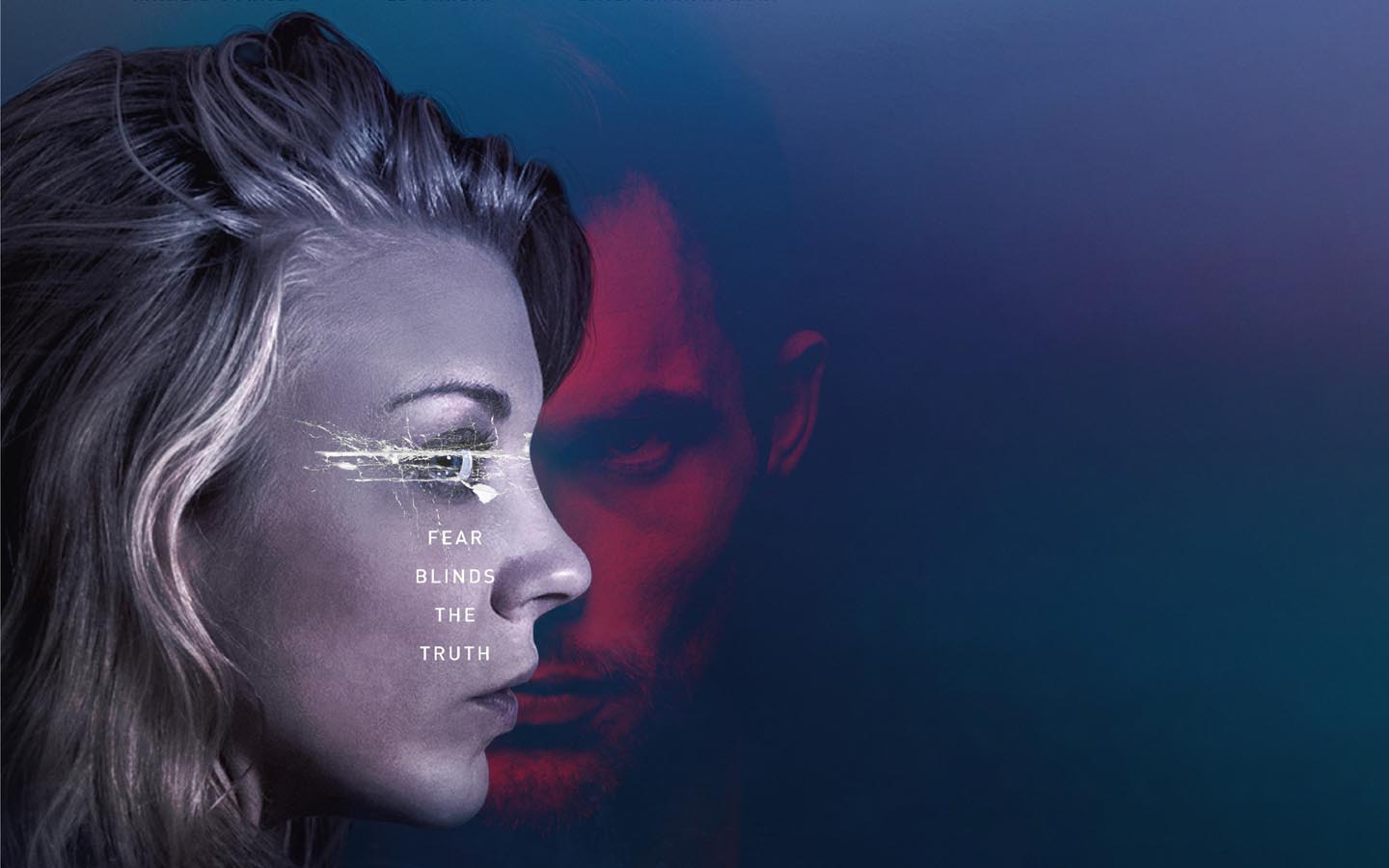 Taylor Holmes
cinema
June 3, 2018
Explaining All the Reasons Why the Movie In Darkness is So Clever - or how, sometimes it'd be nice if your entertainment thought circles around you and left you in the dark. Hah! See what I did there? IMDB
Screenplay
Mindjobness
Acting
Editing
Action
Reader Rating31 Votes
4.2

Hey there everyone! Welcome back to THiNC. – where we discuss crazy cool Independent films and movies most people have never heard of, let alone watched before. But these are movies that will make you THiNC. If you are hoping for lazy entertainment? This is not the place for you. (Might I interest you in this subreddit instead? Great!) Now that they are gone, let’s get down to it.

Today we are here to discuss a cleverly cool little movie entitled In Darkness. It sort of has a similar feel to The Invisible Person In The Room, or maybe Shimmer Lake? It’s kind of a clever dark investigatory drama with a fairly clever right hook to it at the end. Which, both of those movies have, if this movie is sort of your thing. But this movie is getting mixed reviews currently. New York Times gave it some props. But not everyone universally loved it. But do I mind bringing you movies that other people are panning? ABSOLUTELY NOT. And why would we want to listen to reviewers that to keep insisting that Hollywood bring you the same movies over and over again. No. No thank you. I want different. I want smart. And I want surprising. And that is something that In Darkness does for you today. (If that isn’t a good enough build up for a movie, I am going to retire, and just sit over there ——-> for a bit. Geesh. What more do you want people?)

Haven’t seen In Darkness yet? You can watch it (again) right here:

And with that, you should be sold on this movie. Yes, about 3% of you will berate me for me being dense. And another 6% will belittle me for enjoying a movie that has Emily Ratajkowski in it. But whatever. Natalie Dormer kills it in this film. The story is good. And the premise is conceivable. But I’m ok with the belittlement, mainly because I’m sure that, by and large, most of you will enjoy this movie. And now, with that, if you haven’t seen the movie yet, you will need to scoot. Move along. Go away. I’d like to unpack this movie and talk about it in depth now please. Great. Thanks for that.

The movie kicks off with Sofia – a blind woman that works as an accomplished movie soundtrack pianist (which makes for a fascinating score by the way. The music was created by Niall Byrne, who, I would guess, is the brother of Anthony Byrne? And Anthony is the director, and co-writer of the screenplay.). Sofia happens to “witness” a suicide. Veronique, her apartment complex leaps to her death. It’s an assumed suicide at this point. And when the police come to interview her, Sofia is less than forthcoming. Which, tips the audience immediately that something here is afoot. Not everything is as it would seem.

But then, it is discovered that the woman that died? She was the daughter of a horrible individual named Radic. Radic, it is believed, has committed unspeakable atrocities in the Bosnian war. (Which, as an aside, is the second movie I’ve discussed in as many weeks where the Bosnian war played a significant part of the back story for a movie, The Maus being the other.)

Well, the movie then flashes backwards to one of Veronique and Sofia’s interaction in their apartment complex. Sofia and Veronique discuss Veronique’s perfume. During which Veronique slips Sofia a thumb drive of Radic’s money details and business transactions. And tells her that the perfume is Liquid Gold. (Which, is learned later, is the password for the thumb drive.) But really? This thumb drive is the weakest aspect of the entire movie. It’s the definition of a McGuffin. And if you are unclear on what a McGuffin is, basically it’s just a mysterious device solely meant to drive the plot forward. That and nothing else.

Apparently though, someone wants the thumb drive back, and maybe Veronique didn’t commit suicide on the roof after all? Yeah, well, that and the cop is pretty sure Veronique didn’t commit suicide either. I mean, who gets a nose job and then commits suicide? And the deeper the cop dug, the more confused the story got. I mean, Radic was a questionable character, and who knows why his daughter could have been of interest to others or even himself. And so the investigator continued digging. Meanwhile, Marc – an investigator working on behalf of Radic – is sent to get the thumb drive back from Sofia, because it’s the only place it could be. (Which, seems like a weak assumption to me, but what do I know?) And, one thing leads to another, and Marc and Sofia are romantically engaged. (Yeah, quite possibly the laziest bit of writing of my life. But believe you me, I do not care. This trope is played out in my opinion.)

In Darkness – Sofia’s Back Story

Soon though, we begin to realize that our innocent little Sofia isn’t so innocent after all. And that happens when Sofia meets with Naill, her long time protector, and we learn there is a lot more going on in her life. And obviously this gets revealed in flashbacks and exposition over the next thirty minutes. But eventually we learn that Sofia was a Bosnian as a child, and that she lived with her parents and sister. Her family was supportive of her, and they all attempted to learn how to cope while blind so they could relate to her better.

We also learn that her mother, further back in her history, had an affair with (check that, was raped by) Radic. That ultimately conceived of Sofia. (And maybe her sister too? Were they twins? I didn’t gather that from the film, but from a later reveal, it sort of has to be true. We’ll get to that later.) So, if you aren’t the brightest bulb on the tree, it means that Sofia is actually Radic’s daughter. And it also means that Veronique is Sofia’s half sister. Or something.

Right, so, if I have this right… we have a blind woman coincidentally close to her half-sister when she dies. We also have a blind woman getting closer and closer to her estranged, horrible, atrocity committing father. And we have a man that is acting sort of like a spy in his relations with Sofia, and his protection for her. What is going on here?

Ending of the Movie In Darkness Explained

Let’s jump to the end end, and then work backwards. At the very end of the movie we learn that Naill had been watching over Sofia from the day he brought her out of her apartment after Radic’s men had come through and killed her mother, her father, and even her sister. But apparently, Sofia and her sister hid in a bureau? Is that a bureau? No, that’s a wardrobe I think. (Readers? What is that thing they hid in? Ah yes, thanks CY, an Armoire!) and the killers shot blindly into the wardrobe killing one, and not the other of the daughters randomly. And the sibling that survived happened to be the one that could see. Which brings me back to my comment that they probably had to be twins for Naill not to know the difference. But instead, for reasons that are opaque to me, the seeing daughter began to act like she was blind. Maybe as a ruse to help her to be underestimated by Radic when she eventually kills him? Or probably, a better reason, is as a coping mechanism for losing her family and her sister?

So when Radic comes to visit Sofia in her apartment unbeknownst to Radic, and more importantly, to the audience that thinks she’s totally outmatched, Sofia can see everything. And then the fight ensues. Radic attempt to strangle Sofia. Sofia smashes a vase, or some other break away glass thing, on Radic’s face. All the while, Marc is fighting with Radic’s guards, and busy getting mortally wounded. And then as Sofia has the upper hand, and is about to plunge a mirror shard into Radic’s face? Marc yells… “NO!” and shoves Radic out the window, where he is impaled on a wrought iron gate. They argue about how Sofia had him, but she would regret it… yadda.

And then she SEES that Marc is injured. Right? She uses her eyes, which have worked perfectly well the entire movie long, and she hustles over to help him. But in that moment, he realizes that she can see.

Simultaneously, the cop also learns that she can see. Why? Because of Sofia’s reaction to a “HAVE YOU SEEN THIS MAN” poster in the post office. She had seen the poster, and then she backed away, and then the cop saw her reaction in a security video. Which, sort of begs the question. If Sofia knew long before that Marc was a notorious guy that was on the run from the police… why was she surprised at the end when movie makers edited in the montage for us, and all the places that she had seen Marc, but not understood who he was? Was it just bad editing… coupled with bad acting. Or was it something deeper? Personally, I don’t think Sofia should have shown surprise at the end. They should have cut back to the post office, and her seeing the photo on the wall, and then the flash backs of where she had seen him, so that the reveal could happen at the end. But that’s just me.

I’ll Explain, No There Is Too Much, I’ll Sum Up

So, of the two girls that went into the wardrobe, the seeing sibling came out. But acted like she couldn’t see as a response to her loss. Then she spent the next 24 years hunting Radic down, and looking for a chance to get close to the man that killed her family. In so doing, she finds out that Radic is actually her father via the raping of her mother. And when Veronique was killed, she passed off a thumb drive of Radic’s that could probably prove his guilt for war crimes (Or something McGuffin McGuffin Garbled Garbled, and what not.) So obviously, they hire Marc to infiltrate his way into Sofia’s life. They fall in love… or have sex. Whichever. And ultimately, Sofia is about to kill Radic, when Marc throws him out a window. Marc is mortally wounded, but when he realizes Sofia can actually see, he tells her to not let him see her leave. So she ties Veronique’s scarf around his eyes, in a homage back to what Sofia and her sister did when they were younger.

Sofia, slips away from the crime scene and remembers the good days with her family. Happily, Redic is dead… and she doesn’t have the guilt of his passing on her hands. She can retain her virginal purity in spite of the chaos all around her. (puke.)

I enjoyed the movie in spite of the hard time I gave some of the flat points of the film. But I found it surprisingly good for what it is. Lots of clever twists and turns if nothing else. What did you guys think of the film? Was I unkind to the film? Should I have given it more of a pass? Or was I too kind in my assessment?

Where to watch In Darkness