Initial Thoughts On The Rogue One Trailer Released Today
The joy of Star Wars is the anticipation. And in the Star Wars universe there has been plenty of opportunity for anticipation! hahah. But this morning the big Star Wars fans have been given a Christmas Sized present. The release of a new Star Wars movie trailer is right up there with lining up for opening night. There are the screen scrapes, the analysis, the new sights and sounds of this new vantage on this old world.

So, right now I’m giddy like a… um… giddy like… a… nope. No one is as giddy as me right now. The new Rogue One trailer is out and it’s looking really really tight. First, for the 3 of you who haven’t seen it yet…

Come on. Goodness. And Light.

Genevieve O’Reilly seems to be nailing the part of Mon Mothma. Is she related to the original actress Caroline Blakiston? Dang. She is a perfect fit. One of the more controversial discussions being had around Rogue One, was Disney’s decision to digitally resurrect Grand Moff Tarkin, and giving him a new youthful appearance. The Grand Moff has always been my favorite character (I mean, who can vote against Peter?) and so I definitely was a bit nervous on this particular point. But from what I’m seeing below, this definitely isn’t CG, it looks more like and actor? Can anyone confirm that they decided to go away from CG for this part? I really hope they didn’t make that mistake. But from our first glimpse, he looks formidable and accurate. But holding a gun? 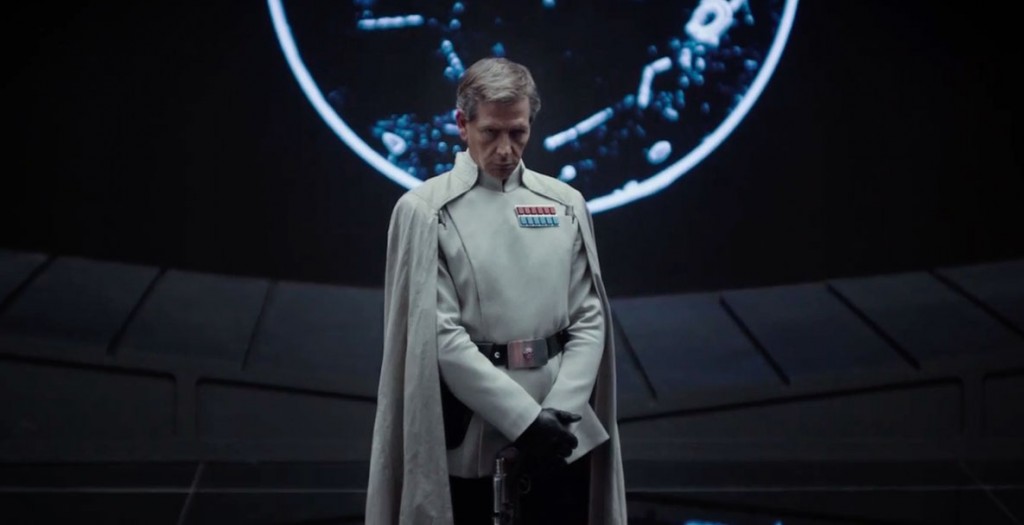 Do you know who that looks like, now that I stare at that photo a while? That is totally Ben Mendelsohn with cheek bones added? Totally. That is totally what is happening there. Hahah! Here, here is a photo of Mendelsohn for comparison. 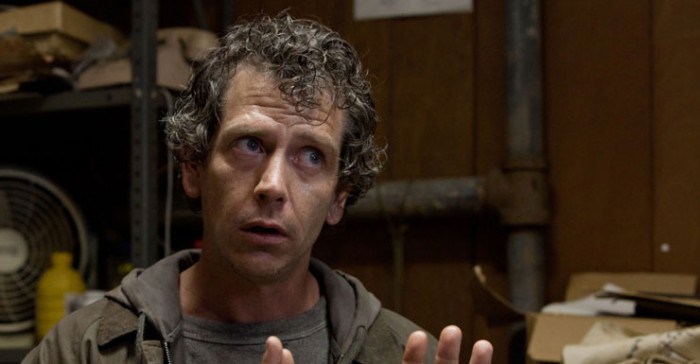 That is fantastic. Come someone confirm that this is who this is? Am I right there?

But do you know who carried the trailer? Front to back? Forest Whitaker. Holy Hot Heck is he cool. Apparently he will be one of the team leads hunting down the plans, but from a bounty hunter background? He will be the Eel Commander. (Remember the Gold leader, Red leader, in A New Hope? This will be similar, with different call signs and team designators.) Felicity Jones’ character will be code named the Green Seal Leader. 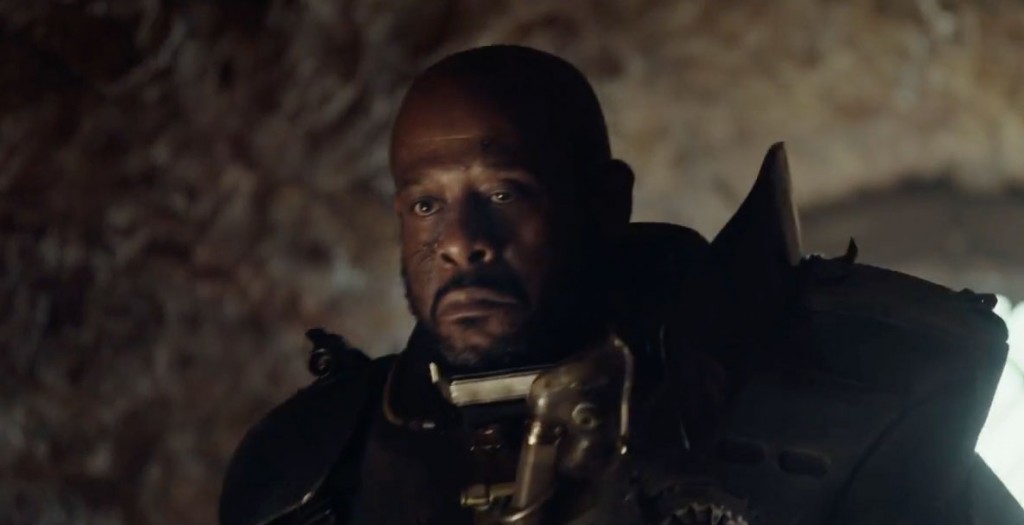 Notice the gate of Forest Whitaker’s character? Apparently he walks with a cane, and only has one leg? But can I divert our attention for a second and ask, WHO THE HECK IS THIS? 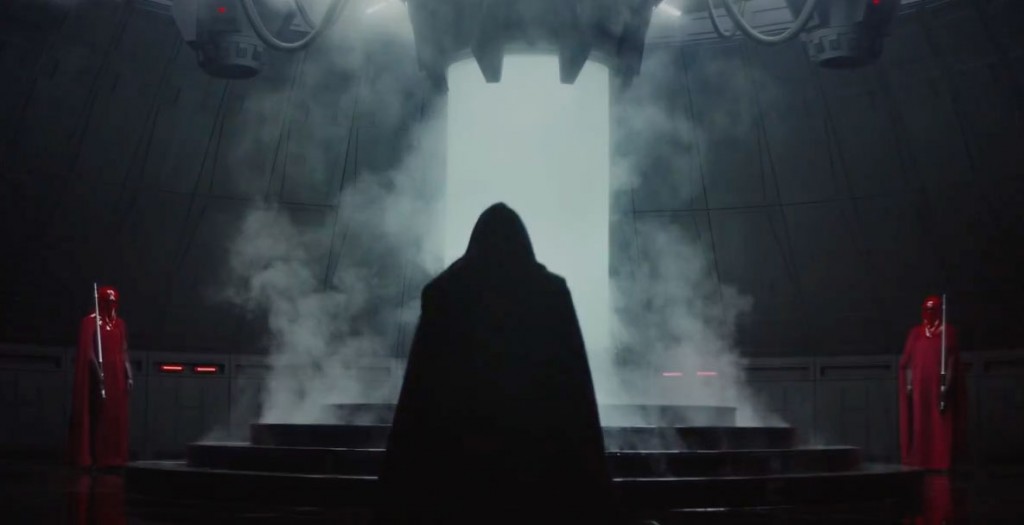 Seeing as though this movie is basically moments before Episode IV A New Hope, this really can’t be anybody other than Darth Vader. I guess it could also be the Emperor? It’s awesome to see the Imperial Guard again. But what’s with the cryo-chamber, tube thing? Or Hologram display? Or wha? Anybody know?

But there were a bunch of interesting shots in this trailer. Shots of X-wing pilots in shackles. Images of ATT-ATTs kicking ass on some Intergalactic-Jamaican beach somewhere. Just tons and tons of amazing things just dropped on us with this new trailer. Absolutely cannot wait for this movie to drop. Merry Christmas to us. 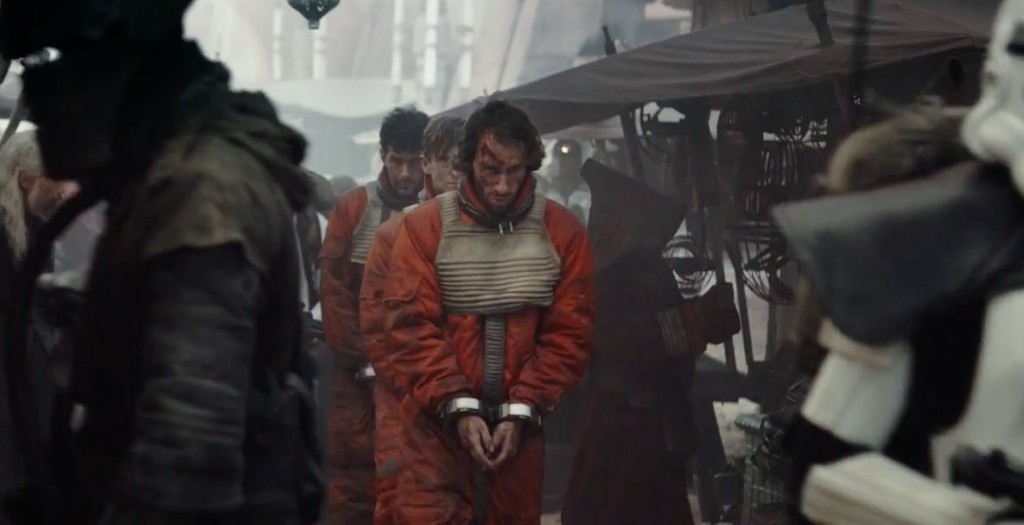