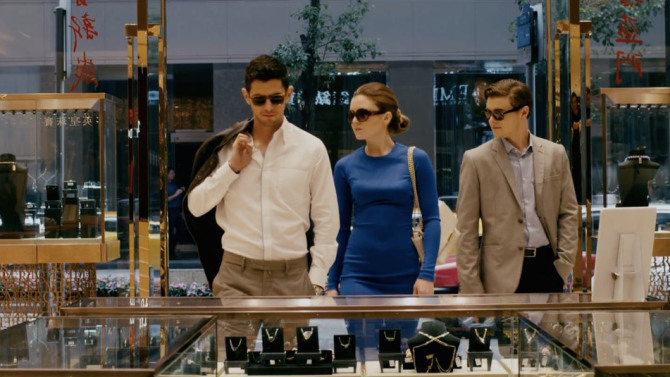 It's just bad. And you know me. I give the benefit of the doubt to non-hollywood films. It's just bad from front to back. IMDB
Writing
Acting
Authenticity
Plot
Reader Rating10 Votes
1.7

It’s rare that I outright disdain a movie about hackers. Snowden, Anonymous, WarGames… all fantastic movies that I just loved inside and out because of their hacker roots. But Anonymous (Hacker)? Not so much. Or actually. Not at all.

I had been eagerly anticipating this movie for maybe 6 months? Something like that. I had heard it was going to hit the movie festival circuit and that it would be coming out the beginning of December. But this thing is one big hot mess of lameness from beginning to end. No really. I disliked it so much that I really even considered not writing about it. I generally avoid posting negative comments – and prefer instead to bring you the goodness, as apposed to the negativity. And yet, I’ve had it on my movies to look forward to for a month or so now… so i figure I owe you one good waving off after another on this one.

Anonymous (Hacker) and the “Dark Web”

First of all. Our hero, the hacker, decides he needs money and he needs money fast. So, as luck would have it, he heads out to a site called the Dark Web wherein he asks someone for access to the goodness behind the big iron doors. But no luck. But then he trolls some guy at his high school by setting up a website honeypot to get #1 lamer jock from school to buy some stuff on his site. (Wait, what?) And then he takes his credit card and he turns it over to the Dark Web upper echelon in order to get an actual login that does something. (Wait, what?) And then sooner than he realizes, he’s getting packages from the Dark Web to sell to real people in parking lots and in alleyways (Wait, what?) And it’s easy, because all the goods are stolen and are a fantastic deal for all these wives and nurses and female executives that are ok buying from an obvious criminal. (Wait, double what?)  And that brings our mythical (based on a true story) hacker protagonist to the point where he meets a criminal fence on his local city streets who is so good at the people side of things that everyone melts under the gaze of his winning smile and beautiful – non-fence-like – eyes. (Wait, what again?)

The whole movie runs like this. On and on and on the stupid assumptions run. And on and on and on we get dragged deeper and deeper into this terrible movie. Truth be told? I walked out after exactly 45 minutes I was so fed up with the incorrect assumptions and over generalizations the movie makes about hackers. They are all so very bad that I can’t imagine even the least initiated hacker viewer learning anything from this movie. And to top it all off – it’s 90% false. And yet it’s ‘based on a true story’? How? Nothing about this movie is true. Or real. This just isn’t how the ‘Dark Web’ even works.

Normally when I do write ups about movies I can’t stop effusing. I go on about the production design. And I bloviate about writing. Or the acting. Or something. But this time? All I really want to say to you all? Stay away from this movie. For sure. And I’m very sorry for even putting it on my Coming Soon board. I thought maybe it would be a low budget break out. But apparently not.