New IT Trailer Shows They Might Just Get IT right

First and foremost, please understand this. I am an early Stephen King uber geek and total fan boy. I spent too many hours reading and rereading Cujo, The Shining, Misery, Salem’s Lot, Pet Cemetery, Children of the Corn, the Long Walk, oh and all eight books of the Gunslinger Chronicles… (I really was just going to list two or three… but they just kept coming and coming… and I literally could list a pile more without giving it another thought.)

But the big three, the ultimate best three books, of King’s oeuvre definitely have to be The Shining, The Stand, and IT. Like, you can’t even dispute this fact. It’s been certified by the scientific community as Fact. Not Theory. Fact.

The problem is though… the real sticking point here for me… all the movie versions? Yeah, I’m a movie guy. But I’m equally a book guy. (Were you around when I did my year of book reviews? Oh boy did you guys not read those. Just like you don’t read books! hahaha. Sorry. I’m almost done with my counseling regimen. I just know it.) And when Hollywood trashes an amazing book – oooooh. It really really angries me.  But there are so many. No, actually… it’s ALL OF THEM. (Ok, you guys will disagree with me and site The Green Mile and Shawshank Redemption – but I hated those too. Hahah. Despised them. Abysmal even.) No? Here, let me throw some scrapes from just a few of the many horrible renditions that have been thrown at us. 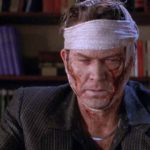 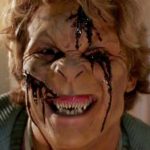 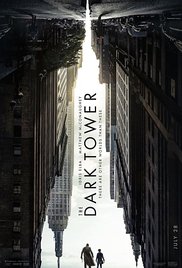 I mean? Am I right? Historically speaking, all Stephen King movies have been drivel. (I’m going to pause for a moment and mention that the upcoming Gunslinger movie (which has been languishing in Hollywood hell for years… because, can you think of a more difficult movie to make than The Gunslinger series? I mean, really?) looks fairly, and surprisingly, good as well. Could this be a renaissance for Stephen King movies? Wait, can you renaissance something that never happened before?)

But today? Today! I reveal to you the official IT teaser trailer. IT was terrifying book. It had a cosmic horrific space clowns determined on nothing more than the end of the world as we know it… and he was starting with the abduction and carnage of young boys everywhere? (Or something.) It is really one of the greatest books ever written. Seriously. It’s fantastic. What, with the silver bullet and all? Come on! It’s fantastic. But in all the previous incarnations of the movie the clown man… THE CLOWN!?!? It was lameness personified. The clown in the book? Or the galactic space spider… or whatever… was HORRIFYING. Truly, loony bin inducing, horror. So when you watch this trailer… keep that in mind.

I mean, a trailer doesn’t mean everything… but if it’s a trendline of potential, then heck ya… I’m all in for this movie. What do you think? Does it look half decent? Or is it going to be, yet another, in a long line of embarrassments?