I grew up as the son of a Pentecostal Pastor’s son. Full stop. 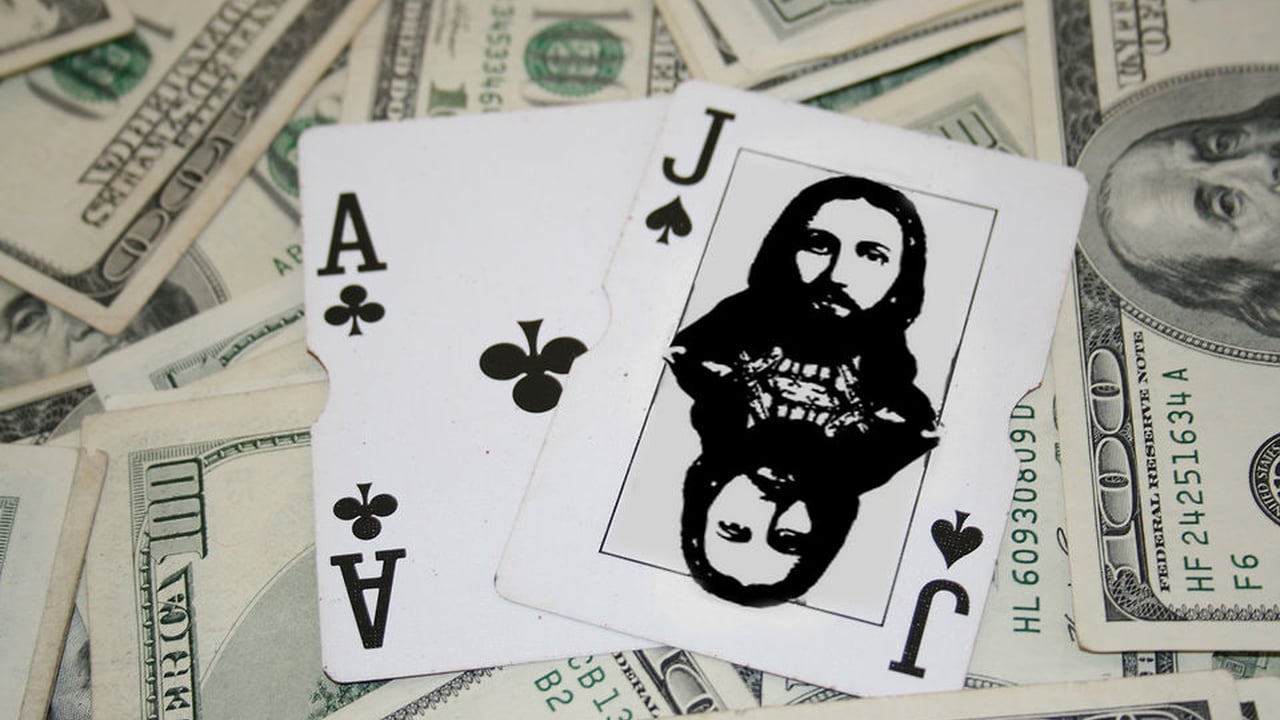 To say that my life in this environment was probably a little different than yours is putting it mildly. I could probably write a book on those last couple sentences. Maybe I should. hahah. But yeah, probably the most significant way that life was different for me was that we didn’t have playing cards in our house. None. Never really struck me until I went to England and realized everyone played cards on breaks between classes. Like everyone. And ever since then I’ve been a huge huge fan of cards. Especially Bridge. (I think I’ve probably taught over a hundred different people how to play Bridge I enjoy it so much… and I was always looking for people to play it with.)

But nothing compares to the first day I sat down at a roulette wheel in Vegas. Nothing. As I walked away from the table, I remember holding my winnings and saying to the people I was with, ‘Yes, I now understand why there are groups for individuals that are addicted to this sort of thing.’  Which brings me to my latest love affair in the gambling arena… a documentary entitled, “Holy Rollers: The True Story of Card Counting Christians“. Holy Rollers follows the rise of arguably the largest and most well-funded blackjack team in America-made up entirely of churchgoing Christians. An unlikely group of Christians, pastors, and church-planters mastered the art of card counting and decided to take their new found skills into the casinos. Did it work? Yeah, to the tune of millions of dollars. But what about their faith?

I am a pretty big literalist when it comes to the Bible. And there is obviously nothing specific in the Bible about gambling. Sure, there are a million verses against coveting, and against the love of money. But what if a couple of geniuses figure out how to bilk money from these Las Vegas dens of evil? What if these guys figured out how to literally stick it to the man? And what if that money was going to go directly into their church for doing good within the community? And what if the money wasn’t even kept personally? Have we found the perfect loophole to allow Christians to skirt the vague guidance of the Bible and allow them to head directly into enemy territory and to make war with the enemy?!? Hahahah. Sorry, I’m having way too much fun here. Anyway, that is exactly what this documentary grapples with.

For me, the documentary hits my own sweetspot perfectly. I love logic, and math. I love the thrill of the game and the pursuit of difficult challenges. And I also adored these guys who had decided that they would take their faith on the offensive. Which brings us to Collin Jones and the movie. He was raised as a devout Christian. And to this day he still says, “I’ve never gambled in my life. I’ve only been in casinos since I knew how to beat the game.” And apparently nowadays online blackjack let you play any time you want. Collin is one of the main central themes of the movie. Jones saw his work in the casinos as a job. It was his belief that a skilled counter with a big enough pile of cash has the edge over the casino when it comes to blackjack. I mean, it’s only fair, right? The casino has the edge in all the other games on the floor. Why not take a turn at giving the Casinos a bit of their own medicine? Collin said, “Questions of whether gamblers can be religious or the religious can be gamblers were settled long ago for me. During 12 years of Catholic school, I learned poker, bingo and other games of chance at church socials where priests and nuns were “the house” and devout parishioners were the players.”

The religion angle adds to the plot of “Holy Rollers,” but the documentary’s most intriguing facet is its air of realism about life on a blackjack team. This is much more credible than the more widely released “21,” a fictionalized account of a card-counting team from MIT. But it is the eventual infighting and the devolution of their efforts that strikes me as the most interesting aspect of this documentary. Despite intense training and research, this band of upstarts watches as their “luck” turns. A number of the team have their life savings on the line. Worse yet? Others have their houses at stake. And as the circle of the team widens outside of the church, it becomes like a fullon episode of survivor. No, more like a heart of darkness trip through the Lord of the Flies. Is someone stealing from their collective pot? Is it the agnostic new comer? Oh yeah. It’s getting extraordinarily real in here.

I don’t know if this will suit most of you that swing through here. But seriously? This little documentary lit ALL my lights in one fell swoop. Pretty fantastic little ride. Made me think. Made me wonder. Made me theologize! Hahah, it was a great little movie.