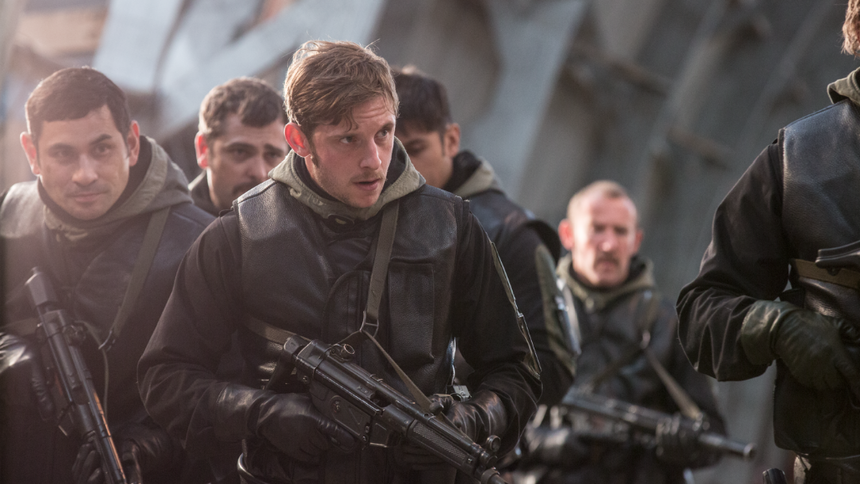 6 Days is a fantastic school primer and view into Margaret Thatcher’s establishment of a zero tolerance to terror nation. Today it is taken for granted that we will offer no quarter to terrorists amid a standoff, but this wasn’t the assumption throughout the 60’s and 70’s. Thatcher and Reagan showed the world that they would not be cowed by demands and there would be a no exception view of these sorts of encounters.

Notice how I haven’t spoken to the movie itself yet?

If you haven’t seen the movie and don’t know anything about the 1980 London Iranian Embassy SAS siege I actually recommend it. It is a competent and intriguing movie beginning to end. But a bit ham fisted in its delivery. I also had to do a ton of my own research to understand better the details of the events surrounding the standoff… and that could have easily have been handled within the context of the movie itself. But if you are a student of history and enjoy tactical thrillers in the vein of Argo (though not nearly as good as Argo) you will enjoy your time. If you have seen the movie and are wondering a bit about the details of the Siege and the motivations and prime movers of the Iranian terrorists I walk you through some of what I learned below.

So yeah, this is my 6 Days Movie Review Discussion and Explanation. If you haven’t seen the movie, now is your time to got and watch it on Youtube, Google Play or I believe Amazon is carrying it as well? Regardless, the rest of this post will be talking about the events that led up to the siege as well as the details about what happened after as well.

— Spoilers below — Here be Dragons — 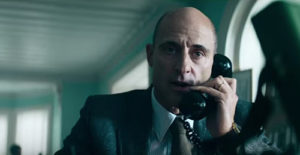 About the only real details that immediately stood out to me from the film itself that gave me any sort of indication as to the motivators for the terrorists was the word “Arabistan”. I had never heard of the phrase or the location, and was instantaneously adrift politically and historically. In college, during the 90’s, I was a History/Politcal Science major. Not only that, but I went to the Model United Nations events at Harvard several times. And as part of the model UN events I studied, in depth, the countries of the world, their dossiers, and their motivators in order to try and duplicate their country’s actions during the mock debates and crafting of new legislation.

So for me to all of a sudden find out there was a place called Arabistan in the 80’s that I had never heard of was a bit shocking. Mid movie I literally stopped it order to find out more because, yeah, that was an unacceptable oversight on behalf of the movie makers to me. Arabistan! Bah.

I immediately learned that during the 1979 Iranian Revolution that local counter-revolutionary uprisings sprung out in a territory of Iran called Khuzestan, which is the southern most corner of the country. Khuzestan was called Arabistan years and years prior. The uprising was led by the Arab separatist group the Arab Popular Movement in Aribistan that were seeking to gain independence from the new theocratic rule that had over taken the country. So when the members of APCO took over the embassy they actually first demanded autonomy for Khuzestan from the new Iranian government. Which, even today, seems like an extraordinarily thick headed request. Doesn’t it? It’d be like me taking hostages in D.C. and demanding Russia stop money laundering through Donald Trump and his companies. Oh wait. Never mind. I’ll refrain from now on, I promise.

When the terrorists realized that they wouldn’t get anywhere demanding separation from Iran, they then shifted gears and demanded the release of 91 of their comrades that had been imprisoned by the Shah.

The Conflict Within 6 Days

I don’t plan to detail out the siege in full. But I do want to highlight the key players involved in both the movie and the historical events.

As the events unfolded, Max Vernon, the chief inspector of the negotiations unit had control of events. The local police were the ones driving the show. And yet, simultaneously, the 22 Air Special Service Regiment (SAS) were always there and always looking for an opportunity. The next key group, obviously were the members of the Arab Popular Movement in Aribistan. Also of note was the media and the news cameras sitting just outside the embassy. And finally, unseen through the movie, and yet her presence felt throughout, was that of Margaret Thatcher.

The police were of the mind that negotiations and a normal policy of capitulation would probably be best served. The SAS though was seen by Thatcher as a way to send a message to the world through the cameras just outside. It was clear that Margaret Thatcher was not going to capitulate to the demands of the terrorists come hell or high water.

Another thing I was 100% clear on over the course of the movie, was the references to the failed German bus assault. As the SAS was prepping options one of the possibilities was the assault of their bus in Heathrow. But when this was considered by SAS leadership and the government, it was determined that England wouldn’t retry Germany’s failed attempt. When I researched it I realized they were referring to the Munich operation to free the Israeli hostages during the Olympics. There was to be a bus assault during that raid, but it fell apart when the police officers were noticed. But I found it interesting that England didn’t want to be seen as copy cats of their German counterparts who had obviously failed in their attempt. There was a desire to break from the Munich games imbroglio.

Then, on day six of the siege, when the Chief Press Officer was killed, it set in motion Thatcher’s view of how this operation should be dealt with, and that was through force.

The movie showed an overly simplistic view of the events that ended the siege. In the movie’s telling, there were what seven SAS members training to go in and to liberate the hostages? In reality there were 30-35 soldiers that went in. We also saw in the film that the terrorists killed the Chief Press Officer from the Iranian Embassy, Abbas Lavasani. Lavasani was an avid believer in the Iran Revolution and actively gave the terrorists what for, and didn’t shy away from telling them how he felt about them. This was depicted well in the film, but during the raid one other hostage was killed and two others were severely wounded, which was not shown in the film.

When the SAS went into the building they ended up killing all but one of the terrorists. The rescued hostages and the hidden remaining terrorist were all taken to the embassy’s back garden. Each one was identified. When the terrorist among the hostages was found, one of the SAS members went to take him back into the embassy in order to kill him. But he was dissuaded from this plan because of all the TV cameras that were trained on the buildings. After the siege had successfully ended two SAS members were tried for unlawful killings of two members of the terrorist group… but both were acquitted and it was determined that they were justifiable homicides, or lawful killings.

Personally? The ambiguity of the real story is way more compelling than the black and white trumped up story that we are given in 6 Days. The grenade found on one of the terrorists? I find no mention of that in any of the court papers discussing the trial. The 35 different SAS members? Way more interesting and actually helps explain their success. The two injuries and the second death? That actually makes way more sense than everyone getting out without a scratch.

It is also interesting to learn that the Arab Popular Movement in Aribistan gave a pile of press conferences in the next couple months following the takeover of the Iranian Embassy. They spoke out against the “racist rule of Khomeini” and threatened further international terrorist attacks in their efforts for freedom from Iran. BUT! It was their links back to Baghdad and Iraq that ultimately undermined their efforts. They attempted to say that they were just an Iranian opposition group that should be supported by Thatcher and the West. But it was these were ultimately proven to be false.

Today, the single survivor of the attack on the embassy among the terrorists, named Fowzi Badavi Nejad, has served his life term of imprisonment and was paroled. He has not been allowed to travel, and stays in England against the desires of the one police constable in the building at the time, Trevor Lock.

My Thoughts on the Film

Any movie that will teach me more about the world, history, and give insight to the current state of the union in our world will always be a good movie. But the film itself had a number of opportunities to hit a home run that was right there in front of them, and they refused to even swing.