On a whim I decided I was going to start a Bible experiment. I was going to read a book of the Bible, and then write about what I encountered. The good and the bad, the questions, the confusion, the exultation. All of it. And here I am, four years later, and these posts are still going. Originally it was seen, in my mind anyway, as a response piece to an atheist that was attempting to do a similar thing. But now? It’s my own journey and path that I’ve been walking.

This time? We are covering Galatians. And Galatians is all of 6 chapters. And to the uninitiated, it’s possibly the dumbest conversation ever. Literally? It’s mainly about circumcision. Wait, what? Yeah, it’s a big argument about whether or not believers should be circumcised. I kid you not. But have you ever had an argument with someone and you slowly begin realizing that the thing you are arguing about isn’t the thing you are arguing about? Yeah, that is totally what is happening here. But the heart of this book has more relevance to you today than many of the other books in the Bible. Believe it or not. Whether you are a Christian, or not yet one, understanding the two sides of this discussion will open your eyes a bit, and teach you something about this crazy experiment called life. Promise. I’ll even check in and validate that you learned more about life as a result of this discussion and argument. 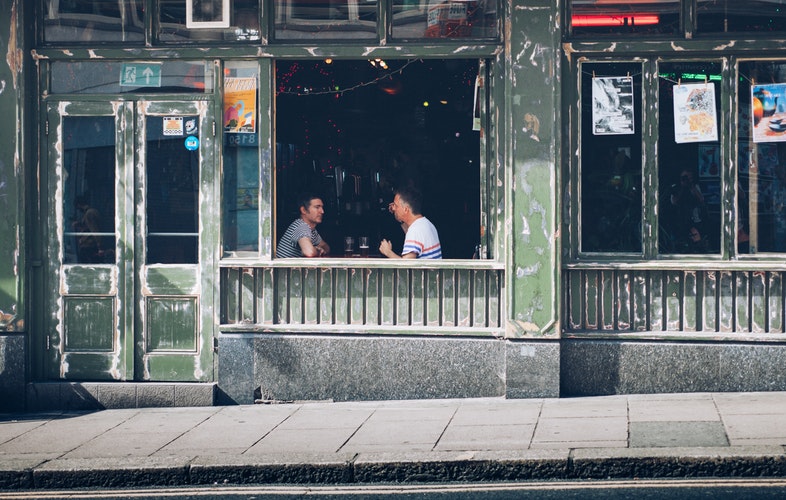 What is the What in Galatians?

The purpose of the letter was for Paul to communicate back to the churches of Galatia, specifically the church in Antioch, regarding an internal dispute between the Jews and the Gentiles. And while the specific details are simple to relate, the MEANING of the dispute is more difficult to understand. But let’s stick with the what for now.

Simply put, the Jews that were in the congregations with the Gentiles were pushing to have everyone circumcised. Not only that, the hardcore crew of the Christ-following churches of Galatia were espousing all of the rules and rituals of the Old Testament. Which, makes sense, because it was all they knew. It was the crutch that they understood. This new thing though? That was way more abstract and different. It lacked precedent.  It lacked clarity. I mean, how can we be good Christians if there weren’t a ton of rules written down and there weren’t specific steps towards getting our A in religious studies?

So the Jews were compelling the Gentiles to get circumcised. Think foreskin, and hard rock. Yeah. Awful.

What is the Deeper Story Here?

Not to be controversial or anything, but Jewish tradition and the story of the Old Testament, the sacrifices, the ritual, the altars of uncut stones, and the shibboleths, all pointed to a better and more permanent story. It was meant as a temporary holding pattern for the people of Israel, and the entire planet as we awaited a more perfect intervention on our behalf.

Then comes the Christ. Whom the Jews missed. Totally overlooked even though he was teaching in their Synagogues, He healing people in their homes, He was dining with them (literally, he ate with the Pharisees and Sadducees regularly apparently), and He was RIGHT THERE. And yet they missed it. Why? Well, that’s easy enough to understand. The Jews believed that their Messiah would be a conquering King. The prophets had indicated that He would loose the chains of their affliction and that He would free them from their suffering at the hands of the Babylonians, the Assyrians, the Romans, the Germans… you get the idea.

Which, He will do.

But they missed the intermediary step of Him coming and becoming the perfect sacrifice on our behalf. Christ eradicated the need for sacrifices and the ritual of most of the Old Testament. (Or Testament as they understood it then.) So when Paul begins preaching to the churches of Galatia, and to the Gentiles of the area, he is preaching all kinds of craziness from the perspectives of the Jews. Like mind blowing revelations of insanity. They were all collectively saying out loud and under their breaths, “Ok, this Jesus thing is cool and all… but dude, Paul? You are smoking crack or something. Because this is CRAZINESS.” So Paul leaves and immediately the Church starts leaning heavily back into the ritual and rules of the Old Testament. They aren’t sacrificing or anything (never mind they would have been near the temple to do that, and the temple had been destroyed, so absolutely no one was sacrificing at that point) but they are saying that new believers need to be circumcised, along with other rules that had been rendered obsolete.

But what was it that they were effectively saying by reverting back to these old customs? Well, this requires a little bit of a history lesson on where the idea of Jew and Gentile even came from.

It all began with this guy named Abram whom God calls. Then we are given two children from Abram (who became Abraham (father of many nations)) One son was named Ishmael, who was born from his maidservant Hagar. And the other was Isaac, born from his wife Sarah. This is an allegory, a real life picture of a spiritual truth. Trust me, you are smart enough to get this. Ishmael was born into slavery. And Isaac was born in freedom. Ishmael was a picture that represents those who are under bondage to the law and sin. Isaac is the picture of those who are free in Christ. I am not making this up. These truths are echoed through the scripture itself… it comments on this truth regularly.

So those who were in these new Churches that had been setup by Paul were effectively leaving the grace and the forgiveness under Christ and His work on the cross for them, and were willingly heading towards a life of slavery and death. Seen that way, doesn’t it almost seem tragic? It’s like walking up to someone in a jail cell, unlocking the door, and handing them the key to the cell. And even though the door is wide open, they wander back into the cell to live the rest of their lives. Even worse? They could even be locking the door and hucking the key out their window. Gah! 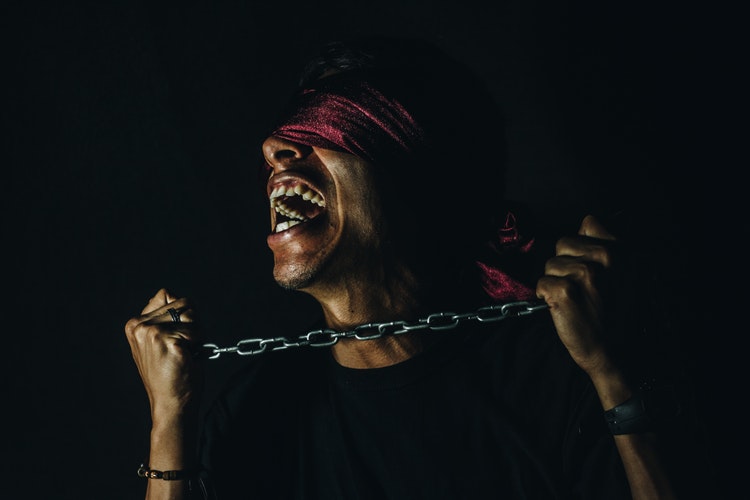 Those Enslaved and Those Who Have Been Freed

So while this is an internal debate among the early church exactly 1971 years ago, this discussion is 100% still relevant to you today. The first question that this passage poses to you is simple enough… are you of the metaphorical family of Ishmael or Isaac? By disbelieving that Christ came to earth, and died for your sins, you are willingly remaining enslaved to sin and death. You actively choose this truth daily. Sorry, hard truth, but still true. You look at the mountains, the stars, the sun, the animals that inhabit the earth and you attribute it to random dumb luck. Which, I would argue, requires even more faith to attribute it to chance as it does for me to attribute it all to God and his marvelous artistry.

And if you choose to believe in Christ’s saving work, are you living a life of ritual and works in order to get God to favor you or let you into heaven? This would be like that guy in the jail cell, sitting there with the key in his hand. Maybe the works you are concentrating are just attempting to be good. Not lie? Not steal? You know, the Old Testament 10 commandments list? Those.

Circumcision is just one of those things. But here’s the thing, 80% of American males are circumcised. Does that make 80% of Americans freed from sin? No. Obviously not. Circumcision was just an external sign of an internal change. We are the church of the crop top… and the loafers. So what? It means nothing today. The question for you right now is, are you of the house of Ishmael, or of the house of Isaac? Have you been freed from sin through the work of Christ on the cross or are you still of the house of Ishmael? That is the only question that really matters from the book of Galatians. Paul is clear about that.

Galatians is one of the earliest written letters in the New Testament, if not the very first. This letter is an up close and personal insight into the key problems that hammered the early Christian Churches just 10 to 15 years after Jesus’ ascension. It was a spiritual D-Day in that it declared freedom from the Mosaic tradition and the laws of the past.

So does that even make a lick of sense to you? Well, I’m guessing it will depend on what tradition or perspective you come to Galatians with. If you are an Atheist, the question for you is simply, do you know that God loves you and would love to see you freed from bondage and slavery of sin. (Which, ultimately just means death.) And if you are a Jew, do you know that Christ has come? That He’s coming back? And that you are actually freed from the tradition of sacrifice and the laws because Christ’s death and resurrection has done that for you? And if you are a “Christian” but find yourself doing good works in order to convince somebody or something that you are good enough for heaven, do you understand that God has freed you from that pointless and ceaseless striving? Doesn’t mean we don’t do good things, but we do them as a result of our excitement for what God has already done for us. That distinction is really really key. And that last point is really the key point of Galatians. We are free from not only sin and death, but also pointless laws and tradition… freed by God’s infinite grace for us.