I am a consumate iOS gamer. Yeah, I just said that. But gamers game on rigs dangit. They run hopped up PCs with liquid cooling and quad cores. Yeah, I do that too. I X-box One (which, so far I’m pretty MEH about, but that’s just me) even. But where I spend most of my cycles is in the iOS world. And that is where I have been having most of the fun of late.

“What, with Angry Birds 8 you dork?!” Um. No. But thanks for your inspirational contribution to this conversation. And I’ll admit, for about a year, I didn’t download anything. If you don’t know about a website called appshopper.com, you can flag games and the site will tell you when the prices drop. And for the longest time Appshopper would tell me about game after game that I had flagged and every time I wandered out there to look at the game again, I just deflated. I just kept seeing more and more of the same old same old side scrolling lameness over over again.

But then something happened.  I discovered Entanglement out at the Chrome Extension store.  And I realized I had been missing a whole bevy (yes, I just used the word ‘bevy’ in a sentence, deal with it.  I may just whip out ‘behoove’ in a second.) of games that are innovative as frick.  And now I am realizing that the iOS appstore is far from collapsing unlike what the developer of Flappy Birds is saying.

I just realized I was looking in all the wrong places.  Rule #1 – If you want to find innovative games, DO NOT go looking for them in the top 100 lists. Rule #2 – If you are hoping for innovative, don’t search for Flappy Bird the sequel.  I am so done with sequels that repurpose a game with zero fresh and all old sauce.  Rule #3 – if you want a great game, you have to be ready to think way way outside the box.

So, I’ve listed out my top 10 innovative revival iOS games that will make you reconsider your iPhone as a gaming device.  I promise you.  And hey, if you want a little head to head challenges, I’m always up for a run!  Just send me your game center tag!

Summary: Scrabble was fun on iOS when I bought my first iPhone.  I even have played it on an iPad with four people using their iphones as tile racks. But today the game is looking as long in the tooth as its board game brother.  Words is also equally long in the tooth.  But if you want a new spin on the scrabble genre I highly recommend Words with Monsters for its single player magic.  QatQi is also a fascinating spin on the game – especially the power tile concept which actually helps you figure out the best word play possible.  And finally Letterpress, the next creation from the inventor of Twitter… Letterpress is like a more competitive version of Boggle.  Which doesn’t really do it justice, try it out and you’ll see the brilliance of it.  All three are all really great games that you can’t do wrong with any one of. 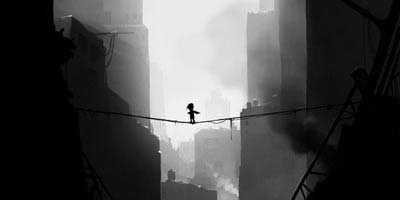 Summary:  I’m going to go out on a limb here and say that Limbo is one of the most beautiful games I’ve ever played.  And its in black and white.  The entire thing looks like one gorgeous chalk drawing after another.  Sort of reminds me of Braid, if you’ve played that on x-box or even PC now.  Atmospheric.  Eerie.  Gorgeous audio.  All around stunning game, let alone stunning iPhone game. 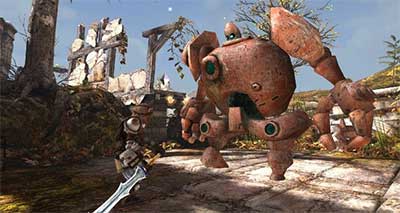 Summary:  Based loosely on the Old English tales of King Horn, you play as a young blacksmith’s apprentice named Horn who wakes up to finds your village and lands over run by large fantastic, and sometimes humorous, monsters. It is revealed these creatures are actually the people and animals from your village transformed by a curse, and you alone have the power to free them. Inventive.  Clever puzzles.  I have been skewing away from high graphics laden games – but this one is well worth it.

Summary: This new game by Chillingo is way way off the beaten path of side-scrolling monotony. Remember the days of Don Bluth’s Dragon’s Lair arcade game? That is what this most feels like. An animated short that you play through. Clever story. Cute characters. And tons of cute laughs. Its really quite a clever conceit. Definitely enjoyed it thoroughly. 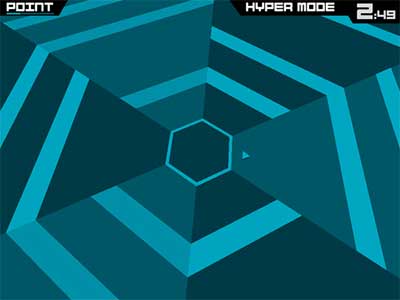 Summary:  Remember the old school Arcade game of Tempest?  No? Of course you don’t, you are half my age and don’t even know what a free standing arcade game is.  Basically Super Hexagon is a low bit rate geometry game where you try to navigate past the bars without dying. Super fast paced fun.  I’ve never been more in the now – more in the moment then when I play this game full tilt and am killing it.  Zen Buddhists would totally dig this game big time. 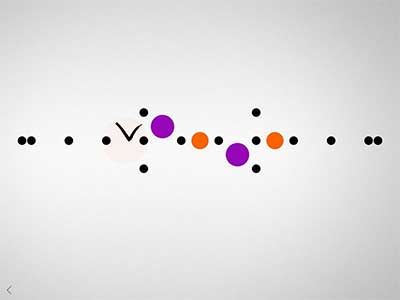 Summary:  This dang game is clever incarnate.  Here’s the hook.  You squiggle a path, and then the path continues – the glitch?  Your path needs to successfully navigate away from the black balls, and only hit the colored balls.  Right?  You have to see your squiggle come to life to really get this game though.  Definitely outside the box thinking here in spades. 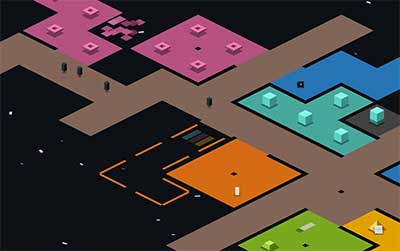 Summary: Rymdkapsel is a minimalist masterpiece.  If you are tired of 3D fully interactive environments you don’t get more opposite than Rymdkapsle.   Rymdkapsel is a meditative strategy game set in space. Take on the challenge of building the best possible station by commanding your minions and exploring the galaxy around you.  This isn’t normally my sort of thing – but I absolutely loved it.

Summary: Device 6 is the iOS equivalent of J.J. Abrams new novel S (reviewed here and here.) or maybe the Griffin and Sabine novels by the ever fabulous Nick Bantock.  Myst would be the nearest game equivalent maybe.  Regardless, Device 6 is a puzzle in six chapters.  But the entire thing is played out in gorgeously crafted typography and photos.  Totally tricky, totally clever.  This could possibly be the most outside the box game on this outside the box list.  No, not could be, it is.  Definitely. 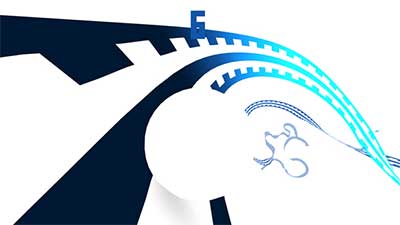 Summary:  It’s not really fair to call it a road. That word calls to mind a strip of drab, dirty pavement. No, Impossible Road’s track more closely resembles a whirling gymnast ribbon, gracefully freeze-framed in a sea of white. Every second or two, a bright shimmer ripples down its surface, giving it a foil-like iridescence. As palette cleansing to the eyes as the game’s blue-and-white monochrome may look in a screenshot, the experience of guiding a hurtling white ball down its surface without sailing off the edge is about as terrifying a prospect as gaming has to offer.  But beware – it is hard.  But most of these games are for gamers that have finally gotten their big boy pants, that was assumed.

summary: Spin two balls. Avoid obstacles coming down the screen. See! You think its stupid already!??! THAT IS WHY YOU ARE STUCK WITH ANGRY BIRDS the Spaceballs version. Daggum. This is the simplest game on this list.  And yet, it’s the best game here by a full factor of a factor.  I have not been this proud of finishing a game since finally finishing Braid back in the day.

Two balls, one red and one ball, pivot on a circle.  Rotate the balls to avoid the coming obstacles.  And oh by the way, the obstacles, spin, shift, run, slow down all towards the goal of driving you absolutely crazy.  The minimalist design UX is one of the best ever.  And the music is worth buying all by its lil ‘ol lonesome.