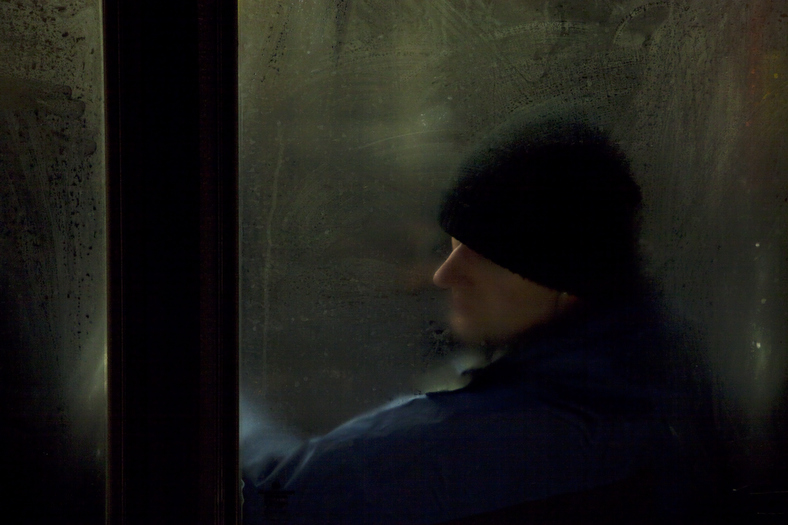 Through A Glass Darkly Photography by Nick Turpin

Nick Turpin is a photographer that presents us with much different street photography than we are normally lucky enough to experience.  Nick’s new photography series is entitled Through a Glass Darkly and you can see why.  Turpin captures commuters at their most tired and their most wiped out.

I have thought for years that I would love to capture people driving home from work sitting at the wheel of their car stopped at a red light.  You see all kinds right?  People are wiped out.  They are brain dead.  Their bodies have memorized the way home and they have checked out for the duration.  It’s almost a metaphor for the way we stupor our way through our lives.  The way that we don’t even engage with those around us.  We are avoiding life for the duration.  We check out and we get a hit from whatever drug it is that turns our brains off to the things going on around us.  Right?  And you can see this most clearly in our commutes.

In England, the commute happens most on public transportation.  And Nick chose to snap his shots of people on the way home on the bus.  It might as well have been on the tube, taxi, train, car, what have you.  Doesn’t matter, the view would have been similar.  Nick highlights this mentality so perfectly in these shots that are so beautiful and heartbreaking I can’t even tell you.  Obviously this is gorgeous voyeurism at its finest.  Its public, and yet it is intensely private.  It is exhaustion and its surrounded by the fog of the London Winter.

The shots are so gorgeous they sort of remind me of the Angels and the Demons that punctuate the movie Jacob’s Ladder.  Do you remember that movie?  The one where Jacob learns that he is actually already dead.  (Whoops?  Did you not know that?  My bad!  No wait, that movie came out like 20 years ago.  That is not my problem.  Deal!  Hahaha.)  But these photos remind me of the demons that swoop by, and jitter and convulse quickly and distortedly before they just as quickly disappear again.  No?  Am I out of my rocker?  Anyway.  Rewatch that movie and tell me if I’m smoking crack here.

Regardless, if you’d like to learn more about Mr. Turpin’s series – you can read more about it here.  But I love that he has used 1 Corinthians 13:12 as the series’ byline – “For now we see through a glass, darkly; but then face to face: now I know in part; but then shall I know even as also I am known”.  He then says about the shots: “These pictures of London Bus passengers in the winter months were made at night from a raised platform with a long lens hand held at 1/40th second, on the limits of what modern camera sensors can record.”  Truly, through a glass darkly. 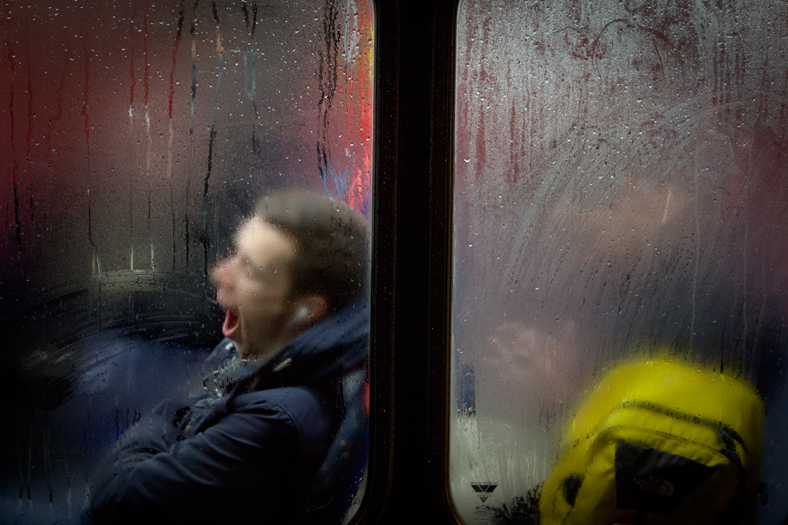 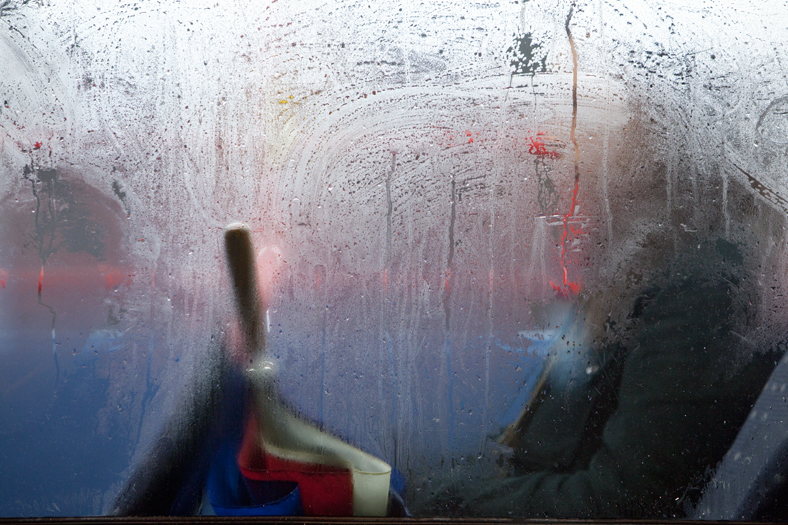 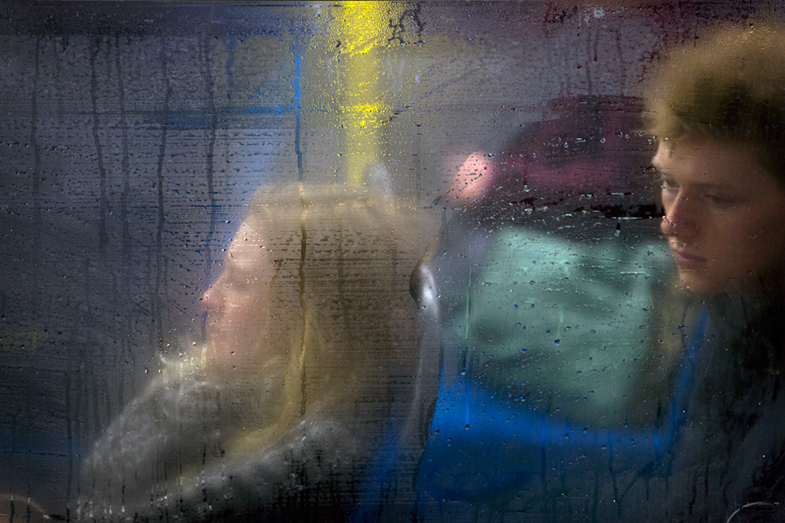 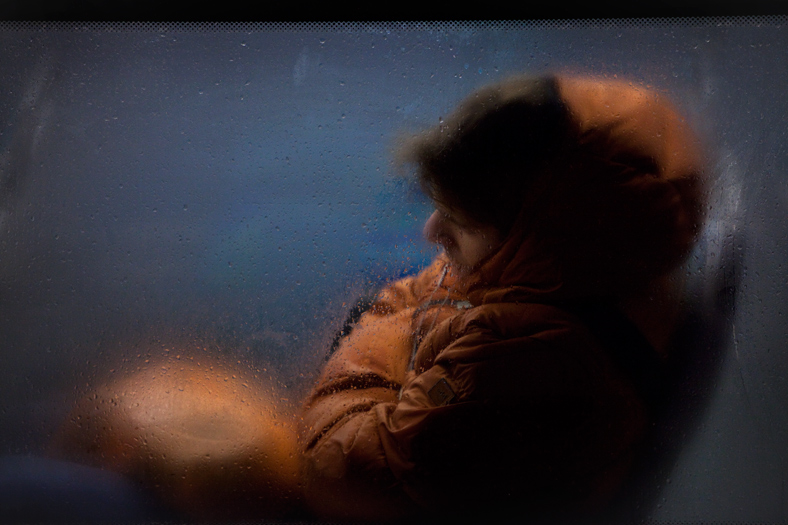 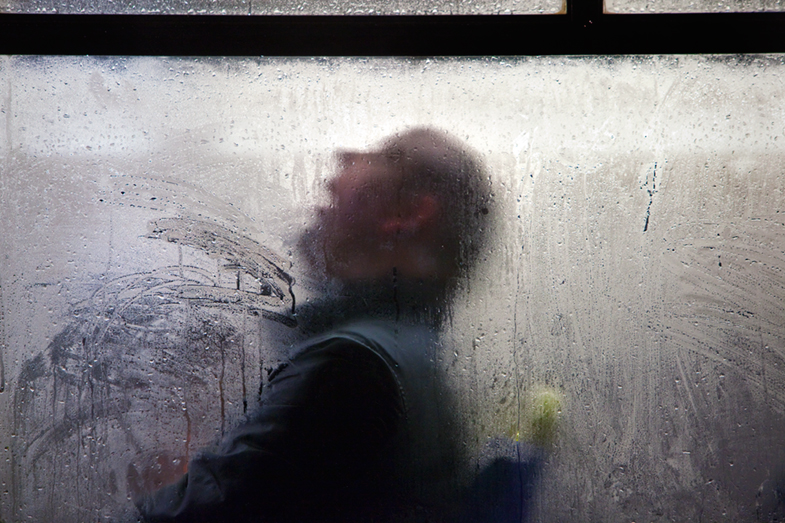