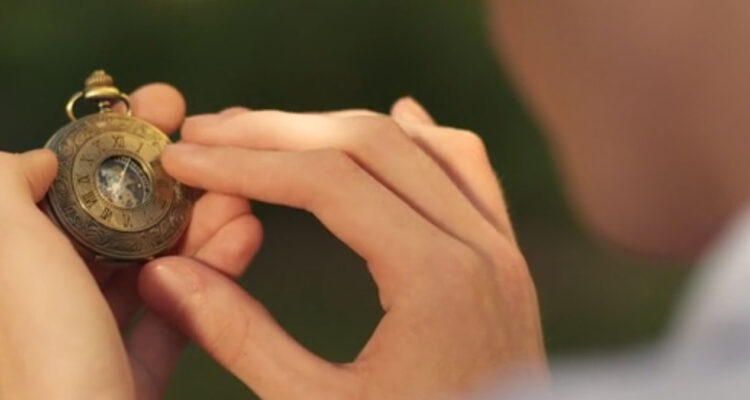 Andreas Climent and André Hedetoft are Swedish filmmakeers that created the short film “Double Trouble” to investigate the humorous fallout of a young man who suddenly is enabled with the power of time travel.  Obviously there is a girl involved.  And obviously this flight of fancy was funded by a Kickstarter project.

I have always been interested in time travel as a plot device, but mainly because of its potential for complicating storylines (unnecessarily?).  And that is well played out here in this short as well.  And we see a lot of common threads in time travel movies.  We instantly are given multiples of our hero.  The young man pulling one shirt off to help the viewer identify (or even determine) with the protagonist.  The hoped for love doomed to repeat the same actions again and again until our red-shirted hero gets past his multiple selves intent on keeping him away.

But what about a time travel movie where the multiples don’t get dumber (as in Keaton’s Multiplicity) or become hostile (as in Primer, or any other time travel movie really) but where the doubles are allies?  Sure, the ones that don’t get the girl are “left out”, but that doesn’t make them enemies necessarily, right?  What if they were hell-bent on helping to make the girl a reality?  I guess that is sort of how it worked in the Matrix for Agent Smith.  But he wasn’t a time travel double.  He was just a double.  So that doesn’t count.  But if all my time traveling splices were to work together, this little vide would change dramatically!  That is for sure.  Anyway, its a cute little movie none the less.