Recently, Baltimore has imploded in on itself. Rioting. Looting. Car fires. Police lines. The works. I am interested not just because I grew up running around downtown Baltimore before the inner harbor was a nice place to visit. I am interested because I am human. It is fairly heartbreaking to see how close society is to this sort of reaction to anything. I don’t really want to get into the details of this particular situation, suffice it to say that there must be something else going on that is simmering just below the surface. Something very dark, and something very primordial.

Tapping into this idea of the primordial in our society we have a new game inbound that hopes to capitalize on this idea. Call of Duty, Black Ops 3 is on its way with all its Molotov infused glory. Here come the digital riots and the electronic bonfires. Come purchase your binary chaos and your artificial intelligent mobs flooding the streets in a horde of interweb madness.

I am so struck by the reality of this coming game. So unnerved by it. To watch this trailer for this new game is to watch the headlines take shape in game form. As a bit of an experiment, I have given you screen scrapes below that have mixed both from the recent reality in Baltimore and from the new incoming Call of Duty 3 game trailer. Can you tell which ones are which? 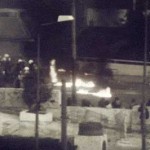 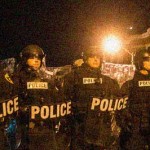 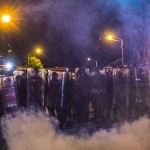 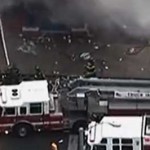 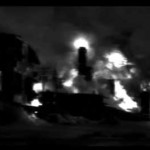 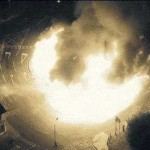 It looks like COD Black Ops 3 will be just one enormous social commentary on the world around us today and the near future tomorrow. This trailer for the new game doesn’t pull any punches at all. The opening lines are enough to tell you where it is heading: “Mankind’s greatest mistake will be its inability to control the technology it has created.” As far as kernels of truth go, it doesn’t get much better than that.

I already think this is true today. We are not in need of another 50 years of advancement in order to see this statement come true. It is already true today I’m thinking.