Interview with PostPanic About Their New Sundays Movie Deal with Warner Bros
I talked to you guys recently about the fact that Warner Bros had won an auction for the rights to develop a feature out of the short movie Sundays – right? Well, I did, I swear it. Now, whether or not you are paying attention or not, just isn’t my deal.

The short was a 14 minute orgy for the eyes. It was created by Director Mischa Rozema and it ended up being the chum in the water that caused three different studios to go nuts after the video went viral post release. Warner Brothers was joined by Fox and Sony Pictures in a bidding war that ultimately saw the WB winning the day. Rozema and PostPanic are in Amsterdam and they used Kickstarter to raise the $50k necessary to build out the 14 minutes below that just baffle the mind. By my math, if PostPanic can keep this scale they would only need another $350k to make this thing a reality. (Yeah, I know, I’m a simple mind.) Anyway, before we go any further, here is the original short that caused the chaos in all the film studios around the world after it was launched. After you watch this we will talk with PostPanic about their new

Also, make sure you check out the amazing special effects breakdown video that PostPanic tipped me to… you’ll see it at the bottom of the conversation. It is beyond beyond. Just totally off the hook video editing right there. Anyway, away we go…

Taylor – “I believe EW reported that Warner Brothers have picked up your film, is that correct? If so, can you tell us where you now are in the process of making a feature length version?”

Ania Markham – Producer – “Thanks for your interest in SUNDAYS and writing to us. Yes, that’s right. We’re now in the process of putting together a team of writers to work on the feature script with Mischa and that’ll be the first step in getting closer to starting actual production.”

Taylor – “I have already started debating all my friends as to whether this movie is heading in the direction of Dark City, Spotless Mind, the Matrix, Inception, or fullon Mad Max… Can you give us a hint as to your movie’s psychographic leanings?”

Kristian Stoykov – Producer –  Think it’s best if Mischa Rozema, the Director answers this one for you, however I’m not able to reach him at the moment, sorry. Therefore I could come back to you on that one, once I am able to do so.

Taylor – between you and me, there is no way that Mischa is going to answer this question this early on. I thought maybe I could catch them early on and get them to accidentally connect it to one film and then we’d know a TON more… but no way is Mischa ever getting back to me on this one!  hahaha. I have given them a month to think about it… and I thought it better just to let them off the hook.
…

Taylor – “With the help of Kickstarter and $50k you created a bidding war… Looking back on it, would you suggest other new, wannabe movie creators follow in your footsteps? Would you do it over again?”

Ania Markham – Producer – “Kickstarter was both an intense and humbling experience. Intense because it required a lot of social media work to reach all of the people we were counting on but humbling because not only did this community pledge money for our project but their support and belief motivated us beyond anything we could have envisaged. We felt a great responsibility to achieve the standard of work these people believed we could attain. We were also surprised by the number of VFX volunteers who stepped forward from the Kickstarter backers – we had never expected to have some many design professionals supporting our dream to this degree. Yes, whole Kickstarter experience was intense and humbling. We really could not have gone to Mexico City and filmed without their financial pledges.”

Taylor – Ania brings up a great point here that I have never considered before. Kickstarter as a pledge base, sure, but also as a volunteer base and volunteer mobilizer is really quite a fascinating development. 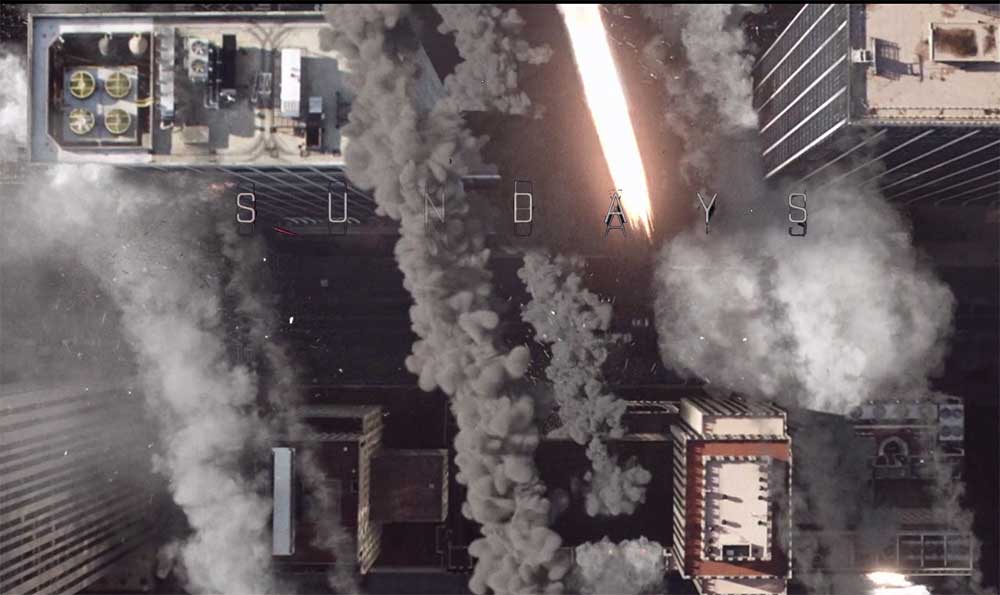 Taylor – “Do you have any guess whatsoever as to a potential release date? Is the WB shooting for a hopeful date? Yes, I am aware it’s early to begin guessing at these things, but we are absolutely ecstatic about seeing your movie come to life fully!”

Ania Markham – Producer – “That is the million dollar question. We have no idea. But Mischa is a very determined director and we (PostPanic) have been waiting to get our teeth stuck into a feature for 17 years now, so you can rest assured we will be pushing to get this underway ASAP.”

Kristian Stoykov – Producer – “Hope it gives you some insights :) We’ve also recently released the official VFX Breakdown video, in case you haven’t seen it and find it interesting.”

Taylor – Oh yeah, we will find this special effects break out video really really interesting. You guys have to check this thing out. There are things happening here I’ve never seen before. Like the shot of the boy standing in the way of the crashing 747? Oh man that is an epic effect. So here it is. Thanks to PostPanic for putting up with my nosiness. They really were very kind and accommodating! We wish you guys all the luck in the world.


Liked it? Take a second to support Taylor Holmes on Patreon!