I’m sure many of you that follow me regularly know that I work for a large NGO non-profit that concerns itself with 3rd world poverty. We specifically deal primarily with some of the world’s poorest neighborhoods and areas of the world. It was on a recent trip to one of these neighborhoods in the Philippines that I said under my breath, woah, this is just a whole new level of poverty… it was just unbelievable what I was seeing. But sometimes the scale and the scope of the poverty is what is baffling – like this mountain region of Peru:

The chaos of poverty stretched as far as the eye could see. Just more than I could really even grasp. At this house that we were visiting here the mother told me of stories about how her husband was an alcoholic and how he beat her regularly. So we brought gifts, and prayer and even a few of us hid money inside the house when they weren’t looking.

Then I heard about a new effort on behalf of the district of Palmitas in Pachuca, Mexico…  and fell in love with the idea. The entire town just got a massive collective facelift, provided by hundreds and hundreds of gallons of fresh paint. A group of talented street artists were brought in from Germany to overhaul the entirety of the town’s self image in a bright swirl of spray paint.

The German graffiti group goes by the name of the Germen Crew, which is known for using paint to make powerful social insights through their art. The German Crew teamed up with the Mexican government in order to completely transform the Palmitas district into a world of color. Not only that but it instantaneously united the area under a proud banner that is impressive.

The German Crew artists, physically painted 209 houses and created over 20,000 square yards of murals throughout the town. Obviously the larger goal was community – and apparently according to  streetartnews the project has been a total success, positively impacting 452 families, or a total of 1,808 people.

But the best part? The brilliance of this effort? Was that in fact, violence against youths has been completely wiped out and a few new jobs have been created as well. With those kinds of social gains, why wouldn’t we all be looking to create kickstarters for every poor community in the world?! Well, regardless of my pontifications, I’m totally excited about this. And you can see the photos of the project here. 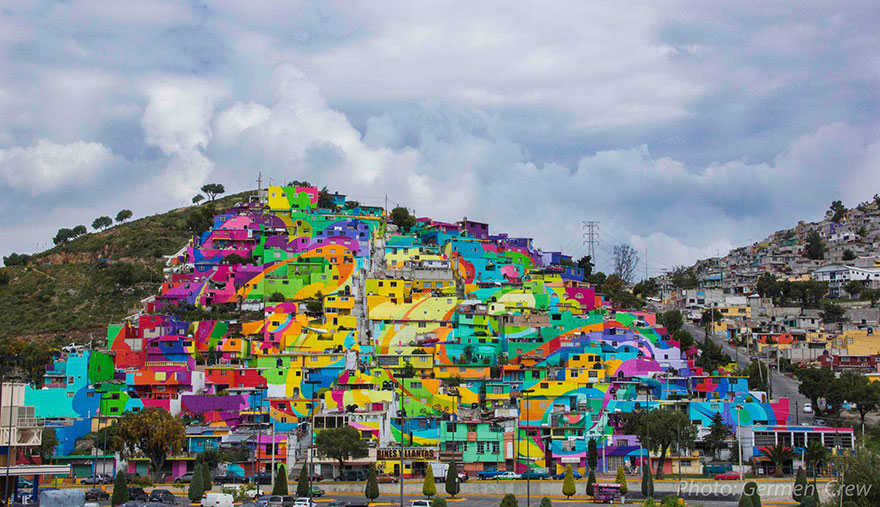 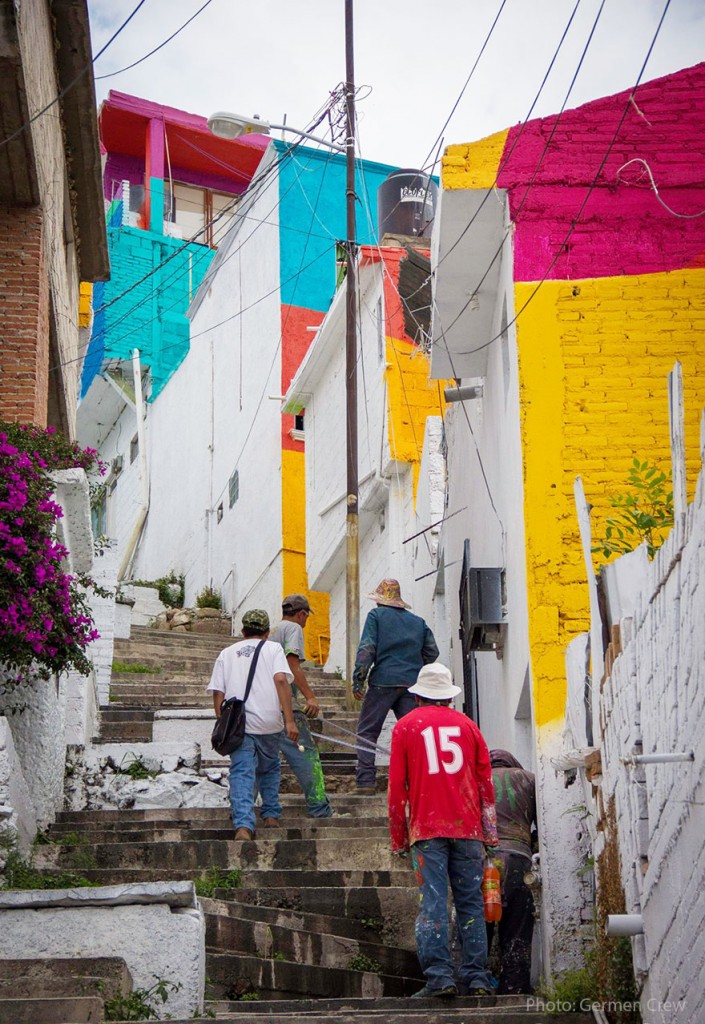 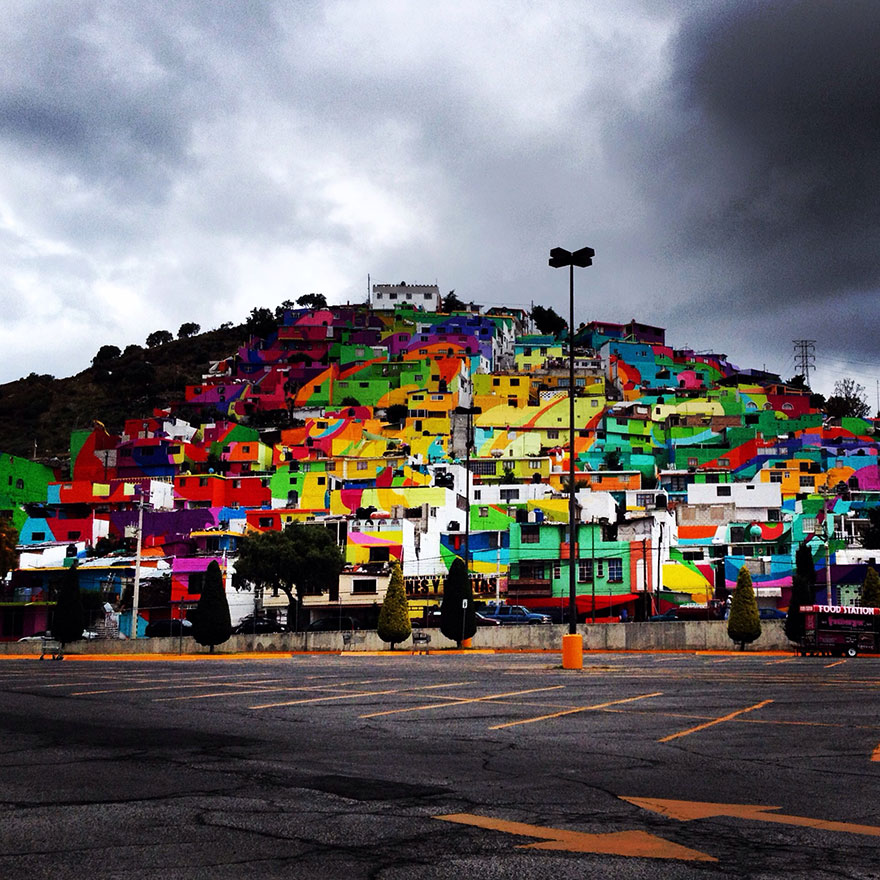 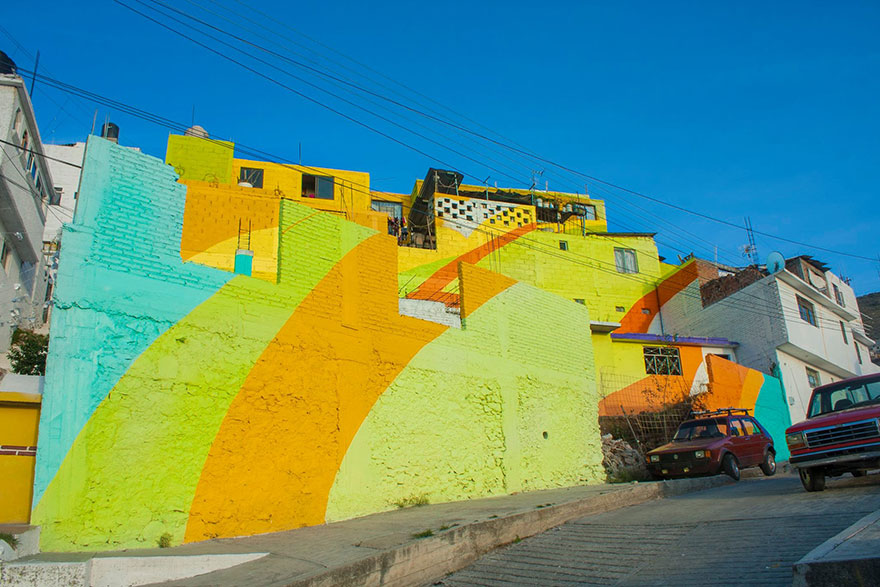 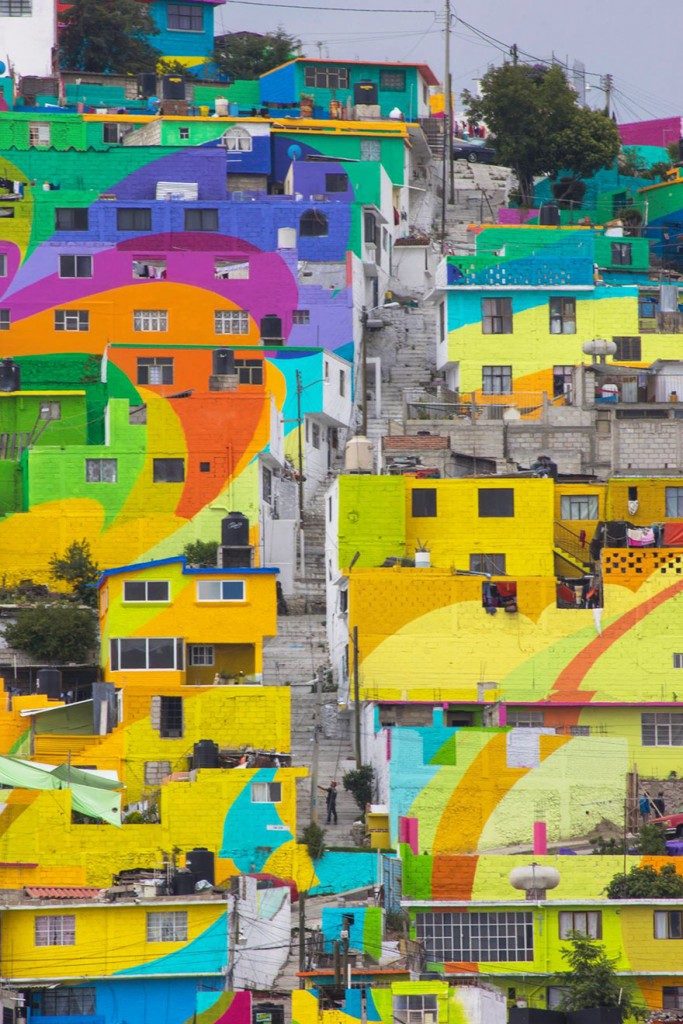 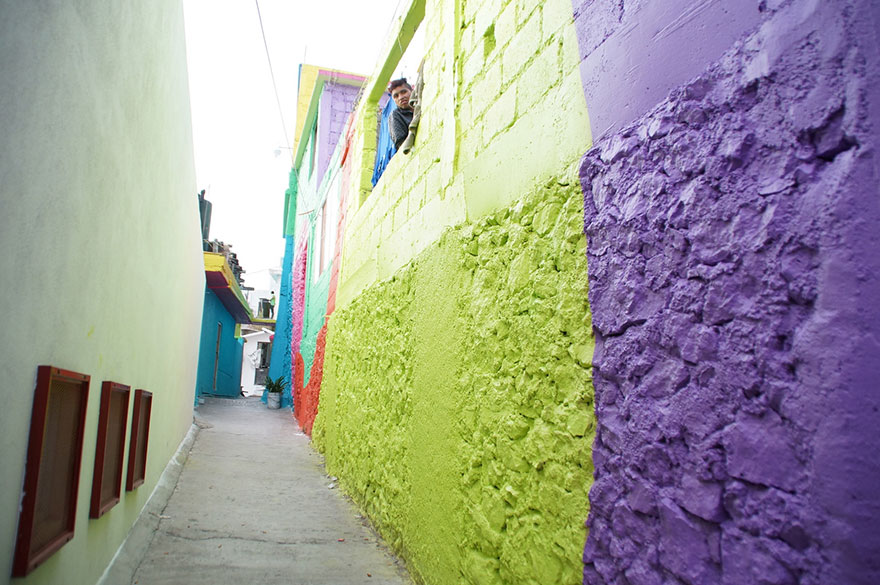 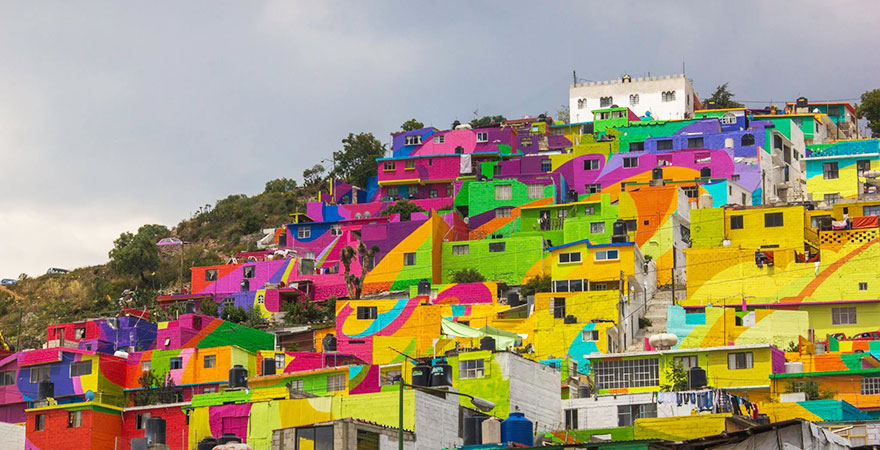