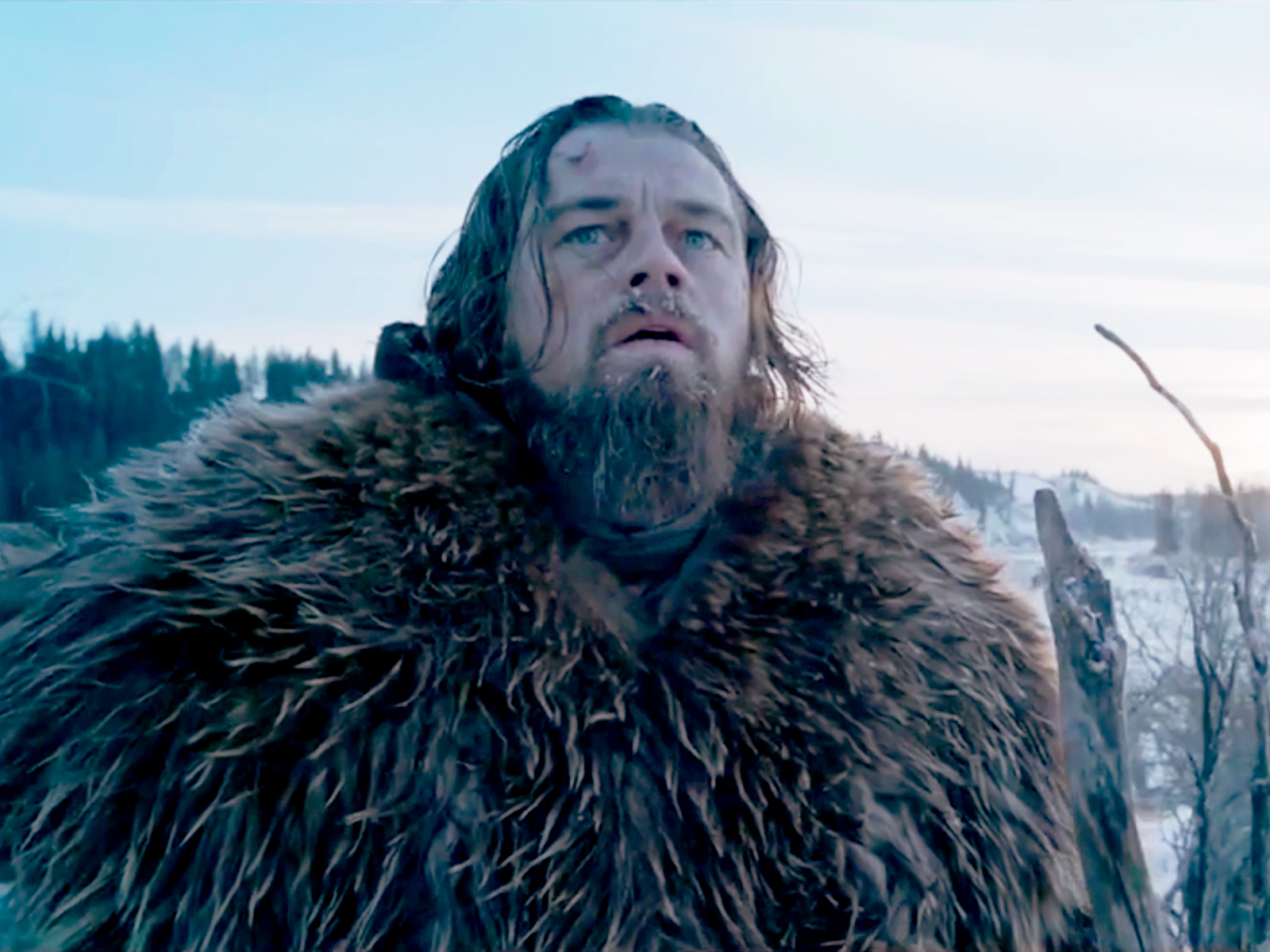 Revenant Just Clinched the Oscars With This Amazing Trailer

Revenant Just Clinched the Oscars With This Amazing Trailer
Done. It’s over. I just called this year’s best movie of the year for the Oscars, and I’ve only just watched 90 seconds of this 2 minute and 47 second trailer. I stopped watching only because I know for a fact I am going to see it in the theaters and I can’t have this crazy good trailer ruining the ride for me. Holy Moses and Jehosifat is this thing just one intensely wound spring of a trailer. Watch it for yourself and then I’ll give you the run down of why exactly it will win. Go on. Watch it. It won’t hurt you too badly. Go on now… Hit the play button already.

Reasons Why Revenant Will Sweep This Year’s Oscars
1. Alejandro G Iñárritu – no idea? He only won an Oscar for Best Director, Best Writer, and Best Movie for Birdman
2. Emmanuel Lubezski – no idea? Lubezski was Iñárritu’s amazing cinematographer for Birdman, you know, the one take brilliance? He won an Oscar for Best Cinematography for Birdman. Oh, he also won for Best Cinematography the year before with the jaw-dropping Gravity.
3. Leonardo DiCaprio – which I would normally say would be drag on a project like this, seeing as though he still hasn’t won an Oscar. But I call this as Leonardo’s year. He will finally win for Best Lead.
4. Tom Hardy – #BecauseUmHelloTomHardy
5. The Story – with a story like this one – a man attacked by a bear, and left for dead – literally buried – and hellbent on revenge – that is both Last of the Mohicans and also simultaneously a Revenge Thriller… you just can’t go wrong. It looks like this movie is going to take thumb screws to the audience and not let go til the very end.

Apparently the movie’s film set was an actual physical recreation of the Heart of Darkness with all the drama to match. Iñárritu said as much in a number of different interviews. He literally admitted the set was designed to create drama intentionally…

“It was planned this way, to be little-by-little jewel moments; that’s the way I designed the production. That was both to create intensity in this moments, as well as the climate conditions. We are shooting in such remote far-away locations that, by the time we arrive and have to return, we have already spent 40% of the day. But those locations are so gorgeous and so powerful, they look like they have never been touched by a human being, and that’s what I needed. The light is very reduced here in winter, and we are not shooting with any electrical lighting, just natural light. And every single scene is so difficult — emotionally, technically.”

But apparently the chaos and the drama have delivered the picture that Iñárritu was intent on delivering. I mean, did you, or did you not see that trailer? I mean, technically I have to admit I have yet to see the entirety of said trailer, but I’ve seen enough, thank you very much. Did you see the camerawork in this trailer? Did you see the acting? Did you see the story? (yes, a bit too much for my liking, but I’m sold all the same.) What about these remote locations and the absolutely phenomenal natural lighting?

The biggest question of this film’s Oscar awards results future was more around whether or not it would be ready in time. But as this trailer shows, it’ll definitely be ready in time. It will open in limited release on December 25th, in order to be eligable for this year’s Oscars, and then will open nationally on January 8th. The only glitch I see in this film’s future? Um, a guy named Han Solo maybe? Star Wars 8, The Force Awakens will still be steaming hard in theaters at by January 8th I’m sure. But whether or not this movie is going to get stomped by the Force, The Revenant will definitely make it in time to have its way with this years Oscars.

How about this, if it doesn’t win AT LEAST three Oscars, feel free to come on back here and call me out on it. But I’d go so far as to say that it could win over seven ultimately. But I really think The Revenant will trip and fall on three. For sure. Definite. Put it in the books.