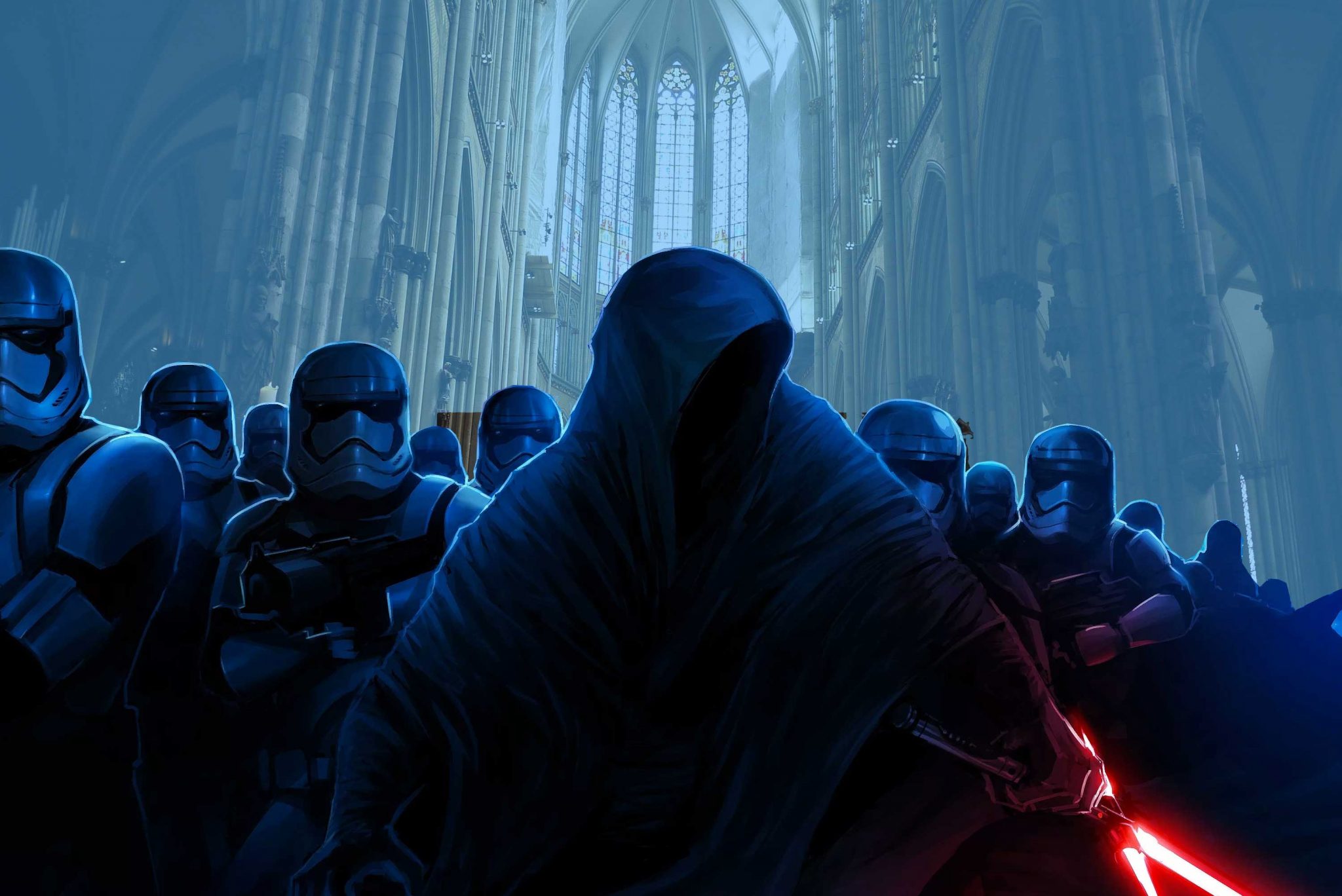 Thoughts on Why Star Wars Is My Sci-Fi of Choice

Thoughts on Why Star Wars Is My Sci-Fi of Choice

I have many thoughts on the new Star Wars movie, The Force Awakens. I saw it no less than three times in 30 hours and am certain now that it will break the all time domestic and international box office records. Guaranteed. The momentum it is showing over the Christmas break makes me even more certain. So yeah, I’m a huge huge Star Wars fan. But there is a reason for this. And it’s simple enough… the knights of the round table. 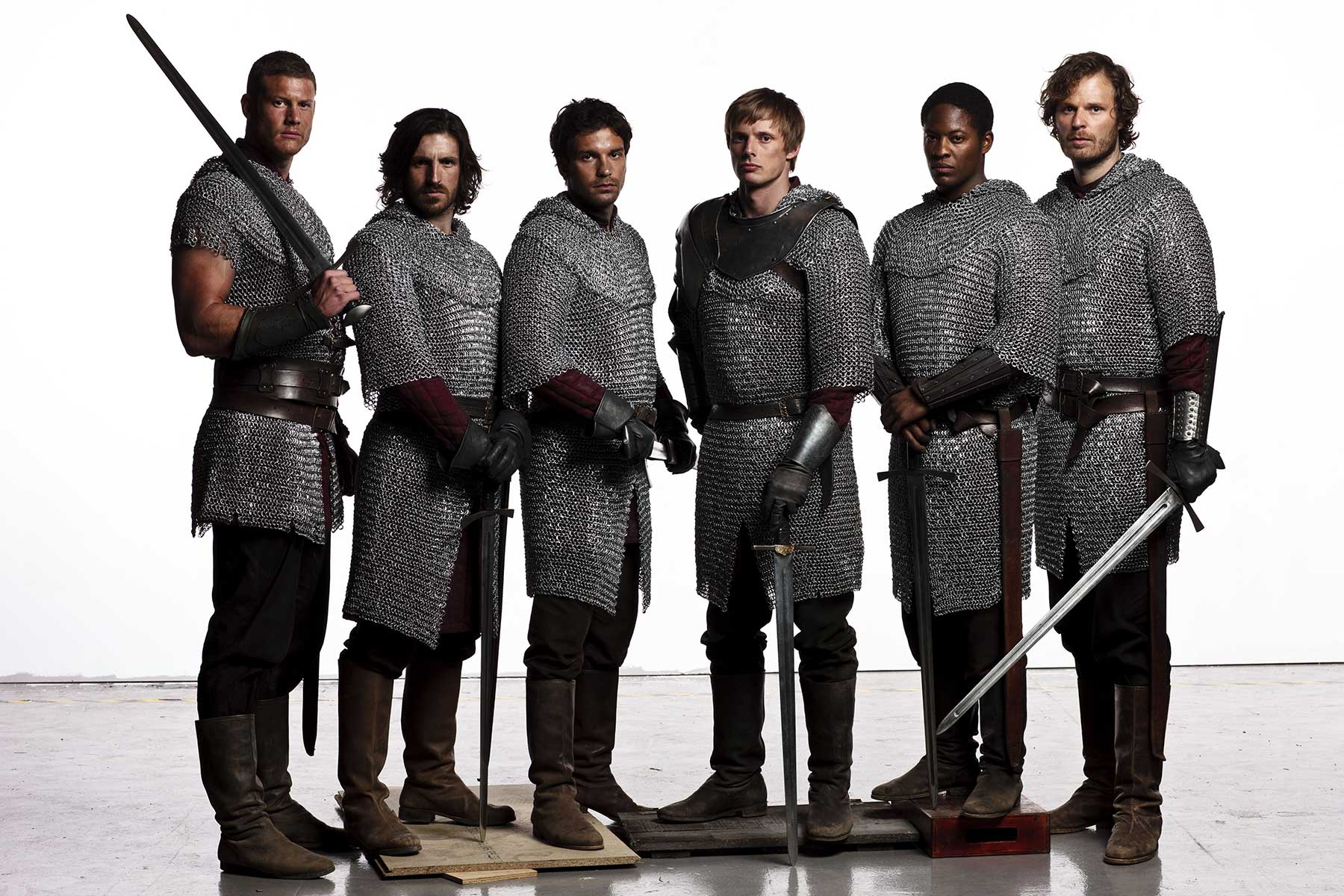 Knights of the Round Table is all you need in my book to make it worth while. The problem, most kids today don’t have any idea who King Arthur is. They don’t know who Lancelot is. They have no idea who Guinevere is – never mind who Morgan Le Fay is. Or even Merlin now a days has gone the way of the dodo. Kids today just don’t know the great stories and the great intrigues involved with the original Knights of the Round Table. And by knowing the stories, I am not referring to the awful adaptations done in the last twenty years in Hollywood (cough. or even bigger cough.) Or Disney’s Sword in the Stone. I’m talking about the books! You know, like, T. H. White’s The Once and Future King and Marion Zimmer Bradley’s The Mists of Avalon, or my favorite, Taliesin (The Pendragon Cycle #1) by Stephen R. Lawhead. I even have read and really enjoyed Thomas Malory’s Le Morte d’Arthur: King Arthur and the Legends of the Round Table. And even Idylls of the King by Alfred Lord Tennyson. There are so many great books that lay out the framework and structure of the myths and legends. Some more historically based, and others more myth based. But all fantastic.

But it’s because the Round Table stories are so drenched in human frailty and flaws that it resound so thoroughly today. For example, it’s King Arthur, Lancelot and Guinevere that create one of the most intrinsically flawed love triangles in all of literature history. And then, it wasn’t just Lancelot and Guinevere that are flawed, but also Arthur, who ends up sleeping with Morgan Le Fay (an evil sorcerous, that took the form and shape of Guinevere) and ended up siring Mordred, who went by the nom de guerre of the Black Knight. But this is where Star Wars comes in… in most Arthurian legends, it is Mordred who kills King Arthur. Get it? It’s King Arthur’s failure, moral and otherwise, via Morgan Le Fay, that becomes Arthur’s ending. Which brings me back to Star Wars –

(MASSIVE SPOILER WARNING for THE FORCE AWAKENS) – – – if you have not seen the Force Awakens, jump to the next bold heading.

The Daddy issues intrinsic in Star Wars episodes IV through VI are also mirrored in episode VII when we meet Kylo Ren and see where he has come from. Which is Han Solo. Some failure (which we aren’t privy to) in Han and Leia’s life cause Ben Solo to walk away from his parents and from his Padawan training with Luke Skywalker. It is this abandonment of his training that allows Supreme Leader Snoke to sway Ben to the path of the dark side of the force, which he then takes his own nom de guerre of Kylo Ren – of the Knights of Ren.

Star Wars and the League of Gentlemen

Sorry about the spoilers, had to get that out of my system. But seriously, there is plenty of supporting evidence within the initial six that they are movies based on the Arthurian legend. Anakin and Ben Kenobi are just one of them. We also have Yoda and Luke. And the Emporer’s constant desire to sway Luke over to the dark side. It is a story of gentlemen, and honor. They are stories about moral failing and rising to overcome or to succumb to these failings. The Knights eventually are hunted and killed by their own (both by Anakin, and Kylo (oh hush, just go see the movie already) and it’s only because of inner strife and conflict within the original Round Table that brings about a “balance of the force”.

Why Star Trek isn’t for me

Science fiction writerDavid Brin in a 1999 piece criticized Star Wars, terming it as “elitist” and “anti-democractic” and accusing George Lucas of having an “agenda”. He terms the Federation of Planets in Star Trek as progressive while criticizing both opposing sides in Star Wars, The Rebel Alliance and The Empire, as two sides of “the same genetically superior royal family.”

But it is the “elitism” and the “anti-democratic” sentiment that is the greatest draw for me. It is Star Trek’s egalitarianism, and scientifically, hermetically sealed, sanitized approach to the universe that drives me to drink. “CAPTAIN, set phasers to OBSERVE.” Eh? No thanks. I will admit, that I did rather enjoy J.J. Abrams’ helming of his two Star Trek movies. I enjoyed them, mainly because they were a Star Wars aesthetic and philosophy, directed by an enormous Star Wars fan.

Rodenberry, the creator of Star Trek, said it best when he said, “I like Star Wars. It was young King Arthur growing up, slaying the evil emperor finally. There’s nothing wrong with that kind of entertainment – everything doesn’t have to create a philosophy for you – for your whole life. You can also have fun.” One would even say it probably was a back handed compliment, but shows the soft underbelly of Star Trek. Star Trek isn’t entertainment, it’s a philosophical movement. Star Trek isn’t a legend or a mythos, but rather a guidebook for a way of living scientifically, epistemologically. That’s not entertainment… it’s a science textbook. No thanks.

The Force Awakens, on the other hand, has only been out one week (today’s Christmas day as I write this) and it is already the 51st biggest grossing movie of all time. Internationally, Awakens has taken in 813 million, with no signs of slowing. It beat Avatar in all possible measures. Domestic, International, opening day, opening monday, opening tuesday… all of it. In fact, The Force Awakens has brought in an average of 38 million a day this week. (save for Christmas Eve of course. But Awakens is on target to be Star Trek’s all time, total cumulative box revenue for all movies within the first ten to twelve days internationally.

But if you are screaming into your iPhone right now – money does not make quality!! I 100% agree with you. But the Vin Diagram of correlation is more often than not. Right? I decry the obscenity of Americans pushing bad movies occasionally by voting with their money. But generally speaking there is a correlation between quality and money. Generally. And no time will we see this more starkly than when we watch the new Star Trek movie bomb. But I digress.

I like the mythos of Star Wars. I love everything about it. I love the Skywalker first family. I adore the elitest underpinnings of Star wars because it is an exceptional story. When you read stories to your kids about the knight that killed the dragon, it’s never about the knight that TRIED to kill the dragon. It’s about those exceptional people that change fates and rewrite history. And that’s why I adore Star Wars. It tells the story of exceptional people under exceptional stress – upon whom the wait of the galaxy rests. And that is what I want to watch when I am being “entertained”.

But ultimately, this is just one big tip of the hat to J.J. Abrams and Disney for orchestrating what will be the largest international box office of all time. Guaranteed. Give it a month or two, and we will see The Force Awakens climb over the totals of Avatar and Titanic. I promise. But who cares about the money. This is about a fantastic story, and a fantastic tale of friends and family striving against evil. Thanks Mr. Abrams and Kathleen Kennedy for bringing the glorious days of my childhood back again.