Interview with Dr Tara Smith the only Zombie Virologist You Know

Interview with Dr Tara Smith the only Zombie Virologist You Know 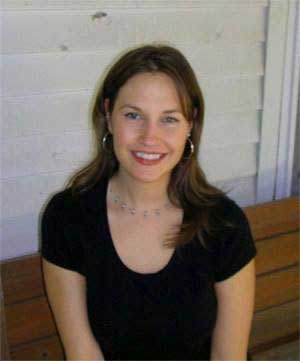 Occasionally I slum out in the world of papers written by people with IQs approaching great bowling scores. Not sure why, but I get a kick out of listening to smart people talk. It’s a poetry of sorts. Sure, David Foster Wallace, Jonathan Safran Foer, and Jonathan Franzen will scratch the itch. But watching someone really manipulate a six syllable word with aplomb? That’s something best left up to Doctorates and Virologists! Anyway, the other day I noticed a new paper on the topic of Zombies and I was in heaven. So after reading it a couple times and laughing more than once, I figured I’d try and find author Dr. Tara Smith and chat with her a little bit about the paper.

Not sure you know, but one of my favorite things in the whole world are zombies. Funny ones. Scary ones. Realistic ones. Well, all but Twilight ones anyway. And the opportunity to mix realistic science with the one of my favorite hobbies? Could not pass that up! Not even for a second. If you are interested in reading Dr. Smith’s zombie paper for yourself you’ll have to sign up over here to get to it. But it’s worth it. Check it out, and then read the rest of Smith’s papers over here. I highly recommend them all. I’ve been quickly working my way through them one by one. Really good repository of interesting topics and information.

THinc. – “My first question is sort of a meta-question, but necessary just to understand everything else. Your paper was written as fact. Utilizing photos from movies (Zombie Land, 28 Days Later, etc) as color. How has this paper been accepted by academia at all?! hahah. I guess I just assumed there was no playing in the world of academia, and yet, your paper is FULL of fantastic play.”

Dr. Tara Smith – “I’ve not gotten any nasty emails over it, so I guess that’s a positive. Many fellow scientists on Twitter and Facebook shared it or responded positively, but of course that’s a biased sample. The BMJ does their Christmas issue every year with fun articles like this one, so I think many academics are probably aware of it and knew it wasn’t a serious piece.”

THinc. – “OF COURSE! I knew that all along. The Christmas edition of the good ‘ol BMJ is the FUNNY one! hahaha. Anyway, your paper is filled with laugh out loud pieces that just caught me off guard, ‘Tara C Smith summarises the epidemiology and pathology of zombie infections and calls for research and funding to prevent a zombie apocalypse’. And my personal favorite standout quote, ‘Zombie outbreaks are expensive, difficult to control, and have deleterious effects on the stability of life.’ Did you write this on your own? You mention thanks to your connections on Twitter for assisting you?”

Dr. Tara Smith – “Thanks! Yes, it was on my own creation, but I asked a few questions of others. Obviously it’s not a comprehensive review of zombie films and other literature, but I wanted to know if there were maybe other stories I should include where zombies had been cured, for example–and many of my followers on Twitter and people I know from Omaha’s Zombie Research Society are seriously zombie scholars. They know zombie movies I’ve never even heard of.”

THinc. – “I also read through 4 or 5 examples from your other writing, and so far, this seems to be a bit of an anomaly. You write on really important topics for Slate, Mental Floss, Washington Post, etc, like immunization, Equine Influenza, poxes, how did you treat the writing of “Zombie Infections: epidemiology, treatment, and prevention” differently? Obviously you utilized your well of experience and classical training in epidemiology and yet…”

Dr. Tara Smith – “The setup obviously had to be different. I’ve written about zombies before for Slate and Quartz, as well as on my blog, but those were always with the acknowledgement that I’m talking about fictional movies or TV shows. With this one, because it was prepared as a scientific review of the literature, it had to be written as if all of those fictional outbreaks had really occurred.”

THinc. – “Other papers in the space have been written before obviously. I chatted with Alex Alemi from Cornell while he was speaking at a conference about the virulent spread of zombie virii and the realistic spread of fictional diseases (http://arxiv.org/abs/1503.01104). They had even gone so far as to build computer models of their spreading (which others have done as well: http://mattbierbaum.github.io/zombies-usa/) Why do you think Zombies (and even vampires, as your paper alluded to) have become such a hotbed of conversation within the academic arena?”

Dr. Tara Smith – “I think there are many of us out there who want to communicate to those beyond our “ivory towers,” and using pop culture is one way to do this. And it’s been pretty successful. The papers you mention got media attention, as did my recent zombie paper–so if even a fraction of the people who read the news stories about them stop to think about what might happen in a pandemic situation (or any natural disaster) and become more prepared because of it, or maybe start to follow the news more closely about infectious diseases, that’s a win. I mean, look at the BMJ paper compared to one of my research papers. I’ll use this one, because it’s kind of middle-of-the-road and didn’t get a lot of media attention: http://journals.plos.org/plosone/article?id=10.1371/journal.pone.0053738  In almost 3 years, it’s had a bit over 5k views. So people are reading it, but it’s not huge, and probably very few people who aren’t scientists. Compare that to the metrics on the zombie paper–in less than a month, it’s had over 135k views, and was written up in places of very high readership like Maxim and I Fucking Love Science.”

THinc. – “135,000 views in a month is nothing to sniff at. Especially for a scientific paper. Incredible. Many of the popular movies and books that you pulled from in your paper are truly epic and beautiful examples of Zombie Outbreak entertainment. Out at Quartz you have an article that rates the realism of various movie outbreaks but it did not rank the enjoyment for you! Which zombie movies are your personal favorite, because of, or in spite of, the science? My two tops probably are Zombie Land (come on, Bill Murray?) and 28 Days Later. Your thoughts?”

Dr. Tara Smith – “Those are two of my favorites too. I don’t scare easily but 28 Days Later really freaked me out the first time I saw it. I love The Walking Dead too (both TV and the graphic novels), even though the science is pretty bad. I honestly probably read more zombie books than watch movies. I just finished the Parasite trilogy by Mira Grant and read her previous Newsflesh series, really liked The Girl with all the Gifts and Zone One, and enjoy Jonathan Maberry’s stuff (Rot & Ruin series, Dead of Night). I have shelves of zombie books and movies in my office. It’s a little ridiculous.”

THinc. – “Hahah. I have shelves and shelves of Star Wars figures and storm trooper standees, does that count?! Hahah. No, I’m a huge fan of post apocalyptic fiction – especially The Passage by Justin Cronin. Have you utilized your scientific eye to investigate other theoretical occurrences at all? Like for example, The House of Leaves maybe? Or The Ruins? Or possibly Annihilation? Or is your joy of Zombies mainly because of the close ties in language and skill set of virology etc?”

Dr. Tara Smith – “Not familiar with any of those, but it’s definitely hard to turn off the scientist side of me for any kind of fiction. I try to tamp it down, mainly to avoid annoying everyone around me with “that would never happen!” comments. Medical dramas are usually the worst. But I’m definitely drawn to and enjoy anything that has to do with infectious disease and especially apocalyptic pandemics. The Stand remains one of my favorite books of all-time–even if it lacks zombies.”