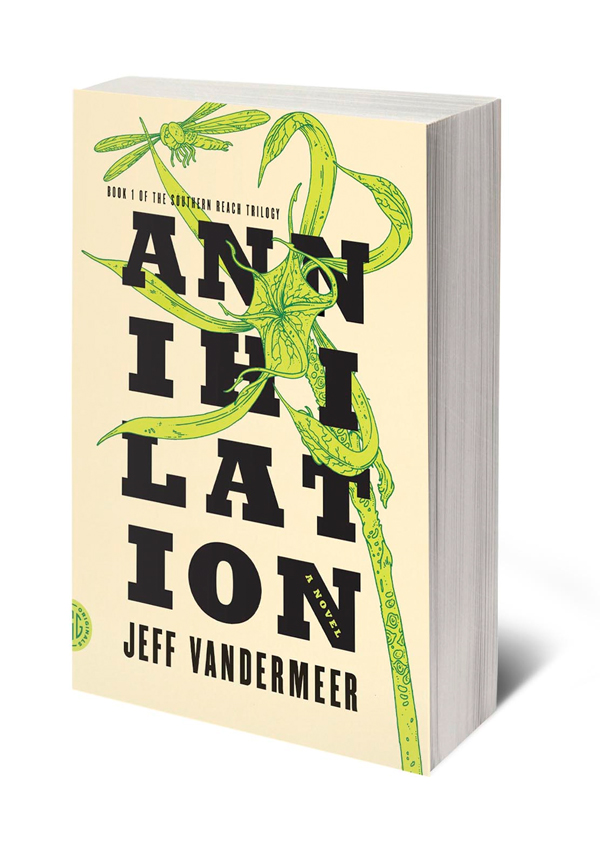 So. Um. I might have, inadvertently peed my pants a little… just moments ago. Yeah. Sorry about that. But. Um. Yeah, you’ll be better off for it in the end. Promise. Just bear with me for a few minutes and it will begin to be clear… I think. So, Alex Garland, of Ex Machina fame (yes, you saw this movie right?) – who is also known for his 28 Days Later (absolutely the best zombie movie ever… well, that and Zombie Land – but they are so different… I get two in this category, because I say so) and Dredd – is signed on for his next movie. Let’s let him tell you in his own words:

“I was cutting Ex Machina and had a particular story that I was interested in telling, and I was talking to one of the producers of Ex Machina, Scott Rudin, about it and kind of laying out what I wanted to do and what interested me about it, and he said, ‘you should read this book, Annihilation,’ which he had found. It was nothing to do with me. He just put it in front of me and there was a perfect kind of dovetail to something that I was interested in doing and something that existed in this book. The thing in some respects was already set up and I came onto it after the book had been found by Scott…

I’m not superstitious about those things [adapting the first book in a trilogy]. All it is, is a few years ago when I was working on Dredd I had that conceived as a trilogy, and I now think having attempted to do that, and the thing was effectively stopped from being a trilogy because it just was a disaster at the box office, I think the thing to do is focus on the film you’re making, and not really think about sequels and trilogies. So, my focus is to make this film right and that’s the thing that’s in my horizon.” 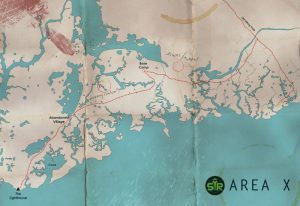 So, that’s Garland… he’s a known quantity, and going to make brilliance happen regardless of his source material. But what is this book Annihilation you ask? Um. It’s hard to explain. But it is awesome at the same time.

Think, the unholy love child of House of Leaves meets Alien, meets Black Mirror meets The Ruins. And you have an idea. If you’ve not read any of those… why are you my friend again? Wait, was that my outside voice? Sorry about that. Annihilation is a really amazing, atmospheric type book about a team of scientific engineers heading into a fall out zone, no fly zone, to do research into what happen to the previous team that was sent to research this area. When the team arrives, you realize that something definitely isn’t right. Not just with the site. Not just with the area, and the previous team. But also with the world. Like, everything! There is something much bigger, something much large that is happening. It feels as if they are in some sort of dystopian wonderland maybe? 1984?  (You really have to read the book(s) to understand what I’m telling you.)

That didn’t make much sense. Let me try again.

Annihilation the book focuses on a four-person mission to explore a mysterious zone called Area X. As they head in we learn that one member of the all female team was married to one of the guys that was on the previous excursion into the zone exploring the area. The book calmly explores the ideas of consciousness, and control while never wandering too far off the basic exploration plot. Something weird is going on in Area X, and we need to find out, like right now. But as we find out what is really going on Hollywood may have just wandered way way off their normal reservation. Because where this thing is going is nowhere big budget film has gone before. Which, in my mind, is all good. IF Garland can pull it off.

I previously would have thought, no way, no one is ever going to be able to film this movie. But maybe Garland can make it happen? If anyone can do it, Garland can. But consider making the cult classic House of Leaves into a movie. A book, about a guy that reads a cult underground book about a guy whose house is larger on the inside than it is on the outside?!? And the subterranean explorations that both men go through? That is what it will be like for Garland… this is the kind of feat he is going to have to accomplish in order to successfully bring this book to screen. Yeah. It’s going to be hard. But hey, he already has my money. I’m in come hell or high water.