Thoughts on Disney’s Latest Through the Looking Glass Movie

‘The sun was shining on the sea,
Shining with all his might:
He did his very best to make
The billows smooth and bright—

And this was odd, because it was
The middle of the night.
The moon was shining sulkily,
Because she thought the sun

Had got no business to be there
After the day was done—
“It’s very rude of him”, she said,
“To come and spoil the fun!”

The sea was wet as wet could be,
The sands were dry as dry.
You could not see a cloud, because
No cloud was in the sky:

No birds were flying overhead—
There were no birds to fly.
The Walrus and the Carpenter
Were walking close at hand:

They wept like anything to see
Such quantities of sand:
“If this were only cleared away,”
They said, “it would be grand!”

“If seven maids with seven mops
Swept it for half a year,
Do you suppose,” the Walrus said,
“That they could get it clear?”

“I doubt it,” said the Carpenter,
And shed a bitter tear.
“O Oysters, come and walk with us!”
The Walrus did beseech.

“A pleasant walk, a pleasant talk,
Along the briny beach:
We cannot do with more than four,
To give a hand to each.”

Meaning to say he did not choose
To leave the oyster-bed.
But four young Oysters hurried up,
All eager for the treat:

Their coats were brushed, their faces washed,
Their shoes were clean and neat—
And this was odd, because, you know,
They hadn’t any feet.

All hopping through the frothy waves,
And scrambling to the shore.
The Walrus and the Carpenter
Walked on a mile or so,

And then they rested on a rock
Conveniently low:
And all the little Oysters stood
And waited in a row.

“The time has come,” the Walrus said,
“To talk of many things:
Of shoes—and ships—and sealing wax—
Of cabbages—and kings—

And why the sea is boiling hot—
And whether pigs have wings.”
“But wait a bit,” the Oysters cried,
“Before we have our chat;

For some of us are out of breath,
And all of us are fat!”
“No hurry!” said the Carpenter.
They thanked him much for that.

“A loaf of bread,” the Walrus said,
“Is what we chiefly need:
Pepper and vinegar besides
Are very good indeed—

Now, if you’re ready, Oysters dear,
We can begin to feed.”
“But not on us!” the Oysters cried,
Turning a little blue.

“After such kindness, that would be
A dismal thing to do!”
“The night is fine,” the Walrus said.
“Do you admire the view?

“It was so kind of you to come!
And you are very nice!”
The Carpenter said nothing but
“Cut us another slice.

I wish you were not quite so deaf—
I’ve had to ask you twice!”
“It seems a shame,” the Walrus said,
“To play them such a trick.

After we’ve brought them out so far,
And made them trot so quick!”
The Carpenter said nothing but
“The butter’s spread too thick!”

“I weep for you,” the Walrus said:
“I deeply sympathise.”
With sobs and tears he sorted out
Those of the largest size,

Holding his pocket-handkerchief
Before his streaming eyes.
“O Oysters,” said the Carpenter,
“You’ve had a pleasant run!

Shall we be trotting home again?”
But answer came there none—
And this was scarcely odd, because
They’d eaten every one.’

They’d eaten, every, one. Come on. It’s jovial, and funny, until it isn’t. And then it’s dark, and maleficent. Which brings me to the fact that I think Disney has realized what a dark flick they have on their hands… but only after they released their first trailer for the film. Which is right here:

That trailer is amazing… pitch perfect brilliance. And insane. The trailer features the song “White Rabbit” by Jefferson Airplane, and performed by P!nk… which sets the PERFECT tone for this movie. And yet, did Disney overstep the insanity line? Absolutely not. Obviously they are exactly on target.

But are they exactly on target for selling movie tickets though?!? That is the real question they are asking themselves. Because with the latest trailer, gone is the über darkness and gone is the P!nk bellowed Jefferson Airplane insanity. And now they are back to a more mainstream song by P!nk written specifically for the movie, “Just like fire”. Which I think was a calculated move to lighten the tone a bit. But how does one “lighten the tone” of Through the Looking Glass? How is that even possible? Here, let me sort of synopsize Alice’s interaction with the White Queen for you… Having read the book recently, I think I can give it a go. But it’s difficult to read, let alone give a synopsis of it…

As soon as Alice encounters the White Queen, she explains that time moves backward in Looking-Glass World. And while they are talking, the White Queen hurts her finger on a brooch and screams out in pain. Then the White Queen lets Alice know that she makes certain to do the impossible every single day… and then summarily transforms into a sheep. Alice and the Sheep are in a shop, and the sheep asks what Alice would like to buy. Now the only problem is, while there are many fantastic things in the shop, Alice is incapable of focusing on any one of them. The Sheep then asks Alice if she can row… and then they find themselves in a boat, rowing down a stream. The boat crashes and sends Alice tumbling, and Alice finds herself back in the shop again, wherein she asks to buy an egg. The Sheep (White Queen), places the egg on a shelf. When Alice reaches for the egg, the egg transforms to Humpty Dumpty and the two find themselves in the forest. 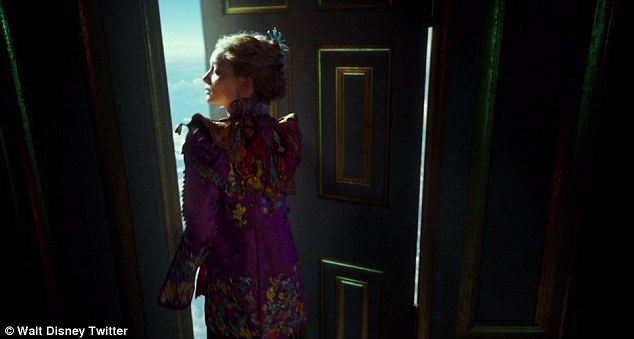 This is true insanity at it’s very finest. Right? And how is it that Disney has made it a thing for kids? Don’t get me wrong, I have read the books to my children several times as they are thoroughly clever and are helpful for teaching kids how to think outside the box. But hey, my kids are 8, 10, and 12 at the time of this writing, and I still tell all my kids regular bedtime stories that have Alice and Wonderlandian components to them. For example, last night, I told my youngest a story about Leonard’s wife (who is a very clever little penguin that is always inventing things that are constantly getting him and his family into trouble) Beatrice, and Oval (their daughter)… wherein Leonard gave Beatrice lillies to celebrate Mother’s day. The only unfortunate thing was that Beatrice (the recipient of said flowers) was given sneezes because of the flowers… and every time she sneezed, she would vanish and then alternatively reappear. And every time Leonard took the flowers away to get her to stop sneezing she would be stuck in this invisible state. And then when he would bring them back she would stop sneezing. It was a conundrum.

Teaching our children illogic is possible one of the best ways to give them a sense of wonder and a fuller understanding of logic. Well, in my opinion anyway. Cookies that make people grow? Liquids that make someone shrink? Time that moves ever backwards? How would that world work? Do we get younger? Do we die as babies like Benjamin Button? Do we really appreciate what we have been given? Well maybe after an encounter with the insane we will a little more.

But I’ll tell you what, my kids won’t be watching this movie. No no. No thank you. It is too well done. Too on point. Oh, but I will be there, with my popcorn, and my Mad Hatter hat I got from Disneyland years and years ago. I can’t wait. Because we adults have to all have a reminder of the possibilities inherent in a little insanity. Otherwise, how would we survive the Red Queen, and her constant demands for our heads?