Search
Home
cinema
Let Me Explain the Movie Approaching The Unknown To You
Approaching the Unknown is an unwatchable dirge of a movie that is dying to impress you with it's profundity. IMDB
Screenplay
Special Effects
Watchability
Enjoyment
2016-08-29
2.8Overall Score
Reader Rating: (20 Votes)

Let Me Explain the Movie Approaching The Unknown To You

I love, I love, I LOVE, quiet, introspective movies that consider our place in the world. Jessica Chastain and Brad Pitt in the Tree of Life? Yes, please. Or Knight of Cups? Oh, yeah. Upstream Color, seconds please! You get the idea. And that is the sort of movie that Approaching the Unknown is. It’s a quiet, unassuming, space exploration film that really should land right in the center of my sweet spot. This was a no look three pointer. This was an obvious thing. It was a done deal. All I needed to do was to finally get around to watching this movie and it’d be immediately vaulted into my top ten films of all time list.

So let’s get this out of the way early… I’m not a fan. And I’m all but certain you didn’t (or won’t) like it either. Or maybe, best case was, you didn’t hate it… but holy heck, what was that ending about? What was the point? And let me just say, that it was the meaning, it was the larger point that was the only part that I absolutely adored when I watched it. The WHY of Approaching the Unknown is so good, and so fantastic, I almost see why the film makers made this incomprehensible film. Almost. But if you are unfamiliar with the movie, this post is going to be riddled with spoilers momentarily. If you have not seen it yet, watch this trailer and then decide if it is up your alley. Then, after watching, come back. But only after you’ve seen it… ok? Great, thanks for that.

What your Viewing Experience of Approaching The Unknown was most likely like:

Am I right? Ok, maybe I’m off on the Wafers. But I’m betting they are on your next grocery shopping list because, duh. But seriously, I’m doubting there are many that hit that ending and said, Oh, yeah. That’s totally where I thought this was going. Right? AM I RIGHT!? Thought so. 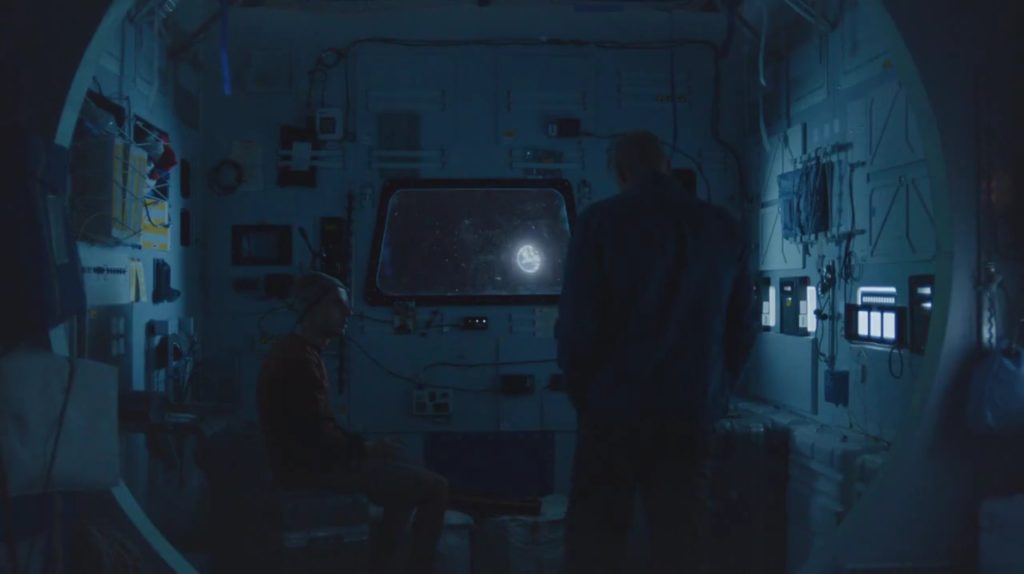 Spoilers for Approaching the Unknown

So, it should be said, that from here on out, I plan to delve into the details of this movie at quite some length. Especially the details surrounding that ending that baffled you so thoroughly. But before we get to the ending let’s make sure we are all on the same page as to what actually happened as this movie unspooled.

Captain Stanaforth (played by Mark Strong, better known for roles as bad guys a movies like Sherlock Holmes, John Carter, Kick Ass and the like) is a bit of an Elon Musk type, who is determined to solve the problems of inhabiting Mars. Which, primarily, is the need for manufacturing water out of nothing. Well, nothing but dirt anyway. And Stanaforth is so determined to pull this engineering feat off that he heads off into the nearest desert with his un-working water distiller/manufacturer determined to either make it work, or die trying.

Which is the first key hint to the ending craziness. So don’t forget that bit.

Once Stanaforth walks out of the desert having successfully generated water from the parched desert floor he convinces the entire Governmental Space Agency that he can single handedly manhandle the bio-systems necessary to keep human life going on Mars. And that is exactly what they do. Rocket number one contains Stanaforth and his water distiller. Rocket number two contains the next set of humans that will join Stanaforth on the planet face once he has the key details working. But it’s all about this one man, triumphing in the face of horrendous odds. Fighting back against the void. Yes?

What we have here is a violently humanistic perspective. Stanaforth fought and prevailed against all odds in the desert. Stanaforth will fight and prevail against all odds on Mars. But he doesn’t even make it to Mars when he has sabotaged his remaining water with a mistaken back flush. Right? He’s basically back in the desert, against all odds. And it is this man, and his humanistic viewpoint determined to make it work. It is a man saying, I don’t need anyone else, and I definitely don’t need God to do this thing. I don’t want hand outs and I sure as hell am not quitting. Right?

But as we move further and further along on the journey to Mars, things get more and more difficult for Stanaforth. We get word that his fixes on the other spacecraft worked at first, but then failed, and that they had to turn back. His own water converter while working perfectly at first began to go on the fritz. And eventually Stanaforth made the huge mistake that back flushed sludge into his water reserves. And as the journey got further and further every possible thing that could go wrong did go wrong. It was so bad in fact that Stanaforth started capturing humidity in any way that he could, basically giving up on his water conversion solution entirely. 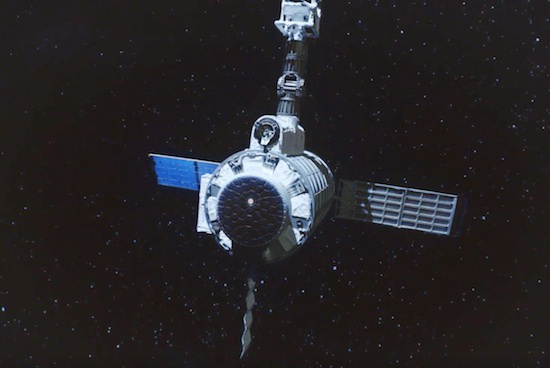 Approaching the Unknown’s Ending – WHAT the WHAT?!?

So we know that Stanaforth is in a bad way. We hear from Mission Control that he needs to turn around post haste if he wants to survive (which, am I wrong, did I hear them tell him to “TURN AROUND”? I think that was in there, right? But, that makes ZERO sense from a space travel standpoint. Wouldn’t it be faster to slingshot around Mars to return? That bit completely baffled me. ONE DOES NOT MERELY TURN AROUND IN SPACE!). Stanaforth stops, and considers the universe, and then says this, which is the entire key to the whole of the movie:

“I could die, because life is enormous. I loved the feeling of dying…. The feeling passed … And I made up my mind right there and then. To go on a one-way mission to Mars. This is why I came here. To give everything up. For one moment of pure wonder.”

Stanaforth had almost died in the desert, and yet survived. But in that moment he had a sense of amazement, and overwhemedness, that he couldn’t shake. And so he decided to launch on his pursuit of Mars and more importantly, to launch towards this larger sense of the universe and the world. Stanaforth was a self made man, and yet, that wasn’t enough to help him make sense out of the larger universe and the world. Stanaforth came to Mars in order to give up everything and everyone. He went to Mars in order to get a sense of grandeur and amazement in the universe and in his own personal life. So instead of surviving, Stanaforth chose death on Mars above a mediocre life on Earth.

Which, is a great question… when was the last time you paused and reveled in the amazement of the milky way… the redwoods… your spouse’s lips, eyes, hair? When was the last time you were legitimately blown away by the world? Or do you go about your life completely and totally bored beyond belief? And I think that is the larger point of the movie, and the movie makers. But I actually don’t buy any of that. Want to know what really happened? 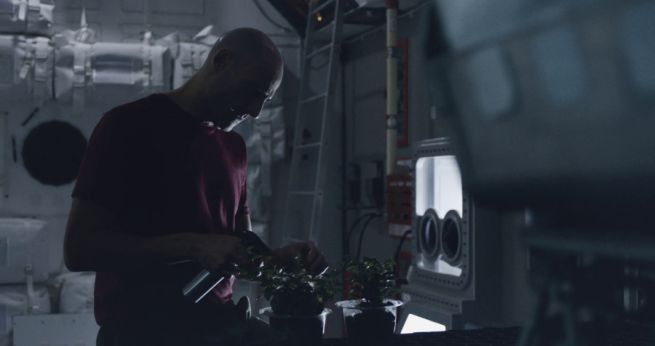 There are flaws in this movie that can’t explain that particular ending that the movie showed us. First, since when does NASA send people to space by themselves? Since when do we send humans into space without really having a working understanding of new technologies and capabilities? When does NASA make it a habit of sending critical systems into space without backup equipment in case of the primary’s failure? Why would we ever send an astronaut up into space with a single buckets worth of water?

No. What we were shown in this movie isn’t what actually happened. So yeah, let me explain the movie Approaching the Unknown to you…

Instead, it went more like this. Stanaforth called up NASA and told them that he had their solution to their water on Mars problem. They giggled a bit. And he took umbrage at this because, duh, Stanaforth is a proud individual. So he takes himself, and his unproven water technology out to the desert and determines he is going to make it work there in the sand or he would die trying. Three days later? He’s no closer to getting it working. And it’s at this point that Stanaforth begins hallucinating wildly. He hallucinates the arrival of NASA’s Capcom director, Skinner… who congratulates him on making his water refiner work. He hallucinates his departure to Mars, and his entire trip outbound. He hallucinates all of it.

And there in the desert, with his broken technology in his hands, Stanaforth dies, parched, and alone. And a failure. Roll credits. No? What am I missing here? There is absolutely no other way that you can interpret this movie. I just don’t see it possibly playing out like the movie says it did. Just not possible. What are your thoughts? How do you think the movie played out?