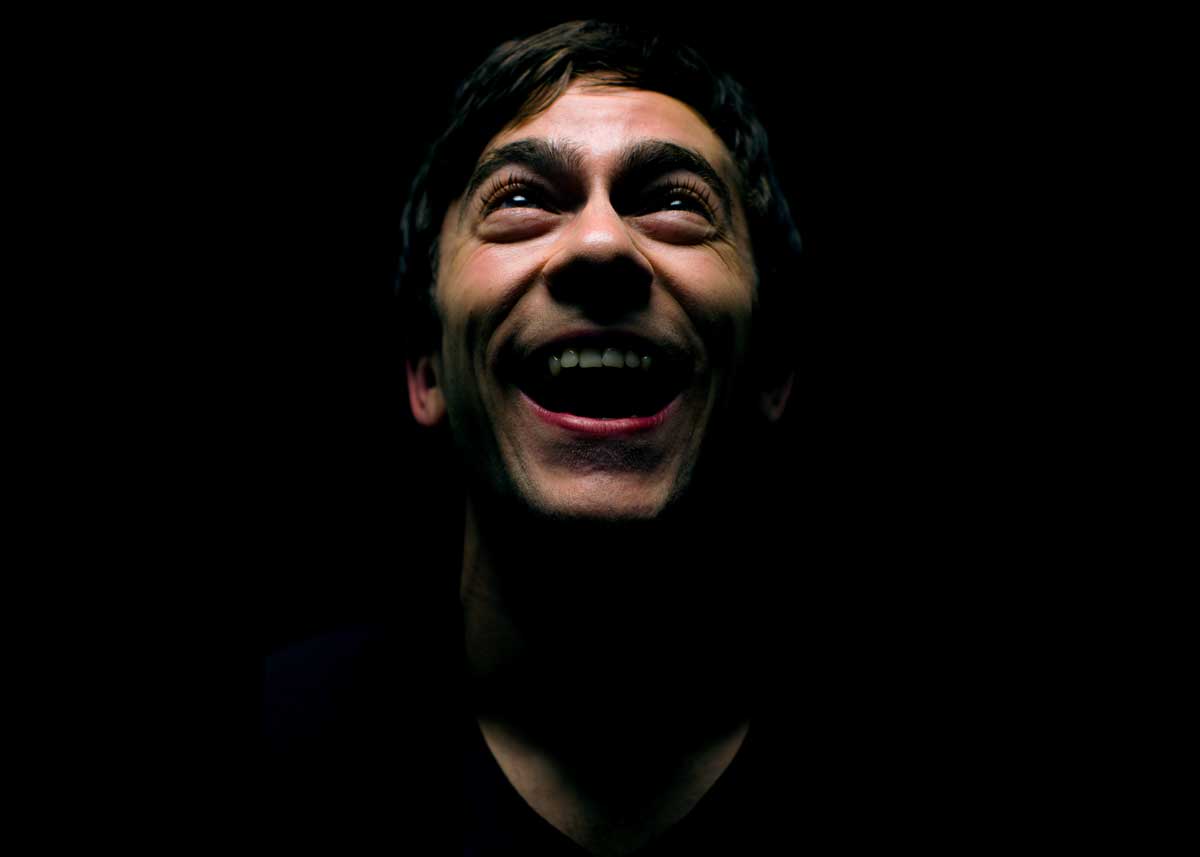 Must See Movie They Look Like People Explained and Discussed

Must See Movie They Look Like People Explained and Discussed

Man, I love bringing you guys off the beaten road movies that push you – manhandle you, and make you think. And I got a great one for you today. Today is the must see movie They Look Like People explained and discussed. The premise? Basically a guy starts to hear voices and begins to suspect that evil minions of hell spawn are hiding deep within the humans that were all around him. Here, just check out this trailer, and then we’ll dive in.

Alright – go see it. It’s a low budget, friend flick, about a guy that may, or may not, be on to something. Right? And I adored it. Everything about it. Sure, it was made on half a shoestring budget. It has zero actors you will recognize. And it has a heart bigger than all of Chicago. It’s intense, mainly because you know just how much these people care for one another. I’m stopping now. Go see it. Here. Here. Here. or Here. (I never do that. I never link to places to watch it right this instant. I just don’t. So click one. Pay your half a latte to see this big fantastic idea of a movie. Then join me below to talk about it.

Ok? Everyone who hasn’t seen it is gone already, RIGHT? Great. Good even.

Really? You are all gone? But coming back? Good.

I’ve always wanted to buy a video camera from Best Buy, film for 5 days straight and just string together something great like this. What a blast that would be. Sure, I would never pull off a Primer level movie. But maybe I could pull off a They Look Like People quality type flick. Not that this isn’t great, but it is really worth aspiring to.

MacLeod Andrews plays Wyatt, a down on his luck man who has recently left his fiancé and come to visit his best friend Christian (Evan Dumouchel). Very quickly it is clear that Wyatt isn’t doing well. He is hearing things, and getting calls from the rabbit in the movie Donnie Darko. Ok, ok, so not really. But holy cow did they sound the same or what?!? And as Wyatt listens to the voices, it is his friends that come around him in an attempt to help understand and to learn how to help. But is the battle just in Wyatt’s head, or is it real? The entire movie teeters on this question from minute one. 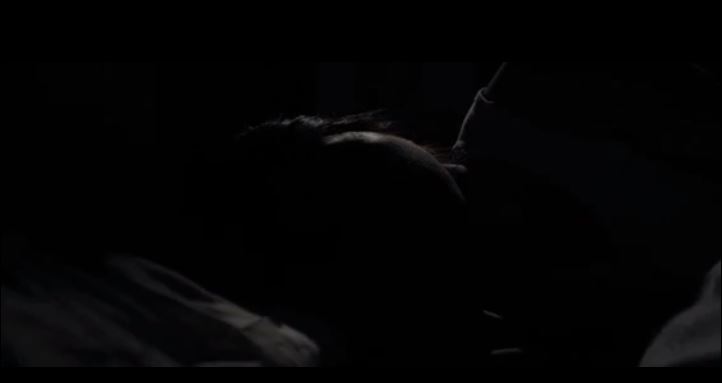 When I watched it the first time a couple of days ago, it hung just a minute in, and the audio continued. Here is what I sat watching as the movie audio continued by the screen didn’t…

I was like – ok, avant garde. Sound is scary. I hear flies. Ok. Yeah, I get there is stress here. Chaos. Right. But, is she breathing? Is she moving at all? Yeah, I think she is. And he is hearing things maybe? What?

So then I went and watched it on another service (first one stuck on Google, second one Amazon. (Don’t worry it was worth the 8 bucks.) I queue it up on Amazon and 45 minutes later, same type of a scene, sleeping figures, and it sticks again! I was like… really, I think maybe something is happening here. Director/Writer Perry Blackshear is making a huge artistic statement here. (Or my laptop sucks.) Woah. Super meta. Oh, no… my laptop really does suck. Eventually I got the movie to play through from beginning to end and I saw it as it was intended. Phew.

But the movie’s timeline can be summarized in a single paragraph I believe. Basically, Wyatt leaves (kills?) his wife, and crashes on Christian’s floor. He’s been having troubles mentally. He’s begun to believe that only he can see that there are aliens everywhere. That they are taking over everyone on the planet. And out of the Kindness of Christian’s hospitality, Wyatt tries to get a grip on reality. Only problem is? It continues to get worse, to the point where Wyatt ties Christian up and is ready kill him. Until Christian completely yields himself over to Wyatt, trusting that his friend will do the right thing. Which, ultimately breaks the spell that Wyatt is under. Right?

The single most important detail about the movie is the relationship between Wyatt and Christian. Each of their backstory plot points are extremely critical to the culmination of the ending and the eventual ending that is woven together for us. Wyatt’s potential insanity is clearly discussed and evaluated. Is he really hearing voices? Is he really seeing things? This guy is definitely not looking good. What he needs is more therapy, more counseling, more drugs. He’s in a bad way… or is he?

But it’s Christian’s story that is more nuanced. He was the skinny kid that was a pushover back in school. We know this from a number of key comments from old school friends, and also from Christian himself. From the basketball game wherein Christian tries to prove himself on the court after all these years. He reminds me of Napoleon Dynamite’s Uncle Rico, always looking backward to the big game. Always wishing he could prove himself. Christian also is constantly listening to motivational quotes that he has had recorded by his ex-fiancé. Which he has lost. Which just speaks even more to the tragedy of his life. Just such good nuance there. And as Christian moves through the movie, he is kidding himself, perpetually. And it is only when he loses his job, and quits kidding himself that he’s changed, that he is better, that he realizes the only thing he has is Wyatt. And Wyatt is either A) going insane, or B) really on to something.

As I have mentioned earlier, the ending is key. And grappling with the nuance of it is important. So as we barrel towards the end of the movie, we have several different forces playing out simultaneously. We have Wyatt, Christian and Mara – all circling the drain of their interactions with one another. All of them pushing and pulling intrinsically on one another in this downward spiral of entropy. Mara, being Christian’s boss who also happens to have been the person to have fired him. Christian being the clueless high school dweeb that is struggling to overcome these weaknesses and failings. And Wyatt, who is doing great, minus the fact that he may be insane.

And as we come to the moment that the voices have been declaring as the day the final battle for the earth will take place, D-Day, we see each of these characters even go further and darker than ever before. And the pinnacle of this movie isn’t Wyatt holding the acid over Christian… it was Christian saying to Wyatt, “Trust me to trust you.” Possibly one of the most powerful lines in all of cinematographic history.  Right? When was the last time that you have heard someone say those words to you? Could a more loving and more powerful thing even be said? It screams… I know you don’t trust yourself. But I trust you. And I want you to let yourself be trusted. Verbal Dynamite Much? Such a fantastic ending. And I’d even go so far as to say that the entirety of the movie is a romance – not an erotic romance – but rather a bromance.

In Greek there are several different words for love. There is:

Why the FRICK do we only have one word for love again? I’m confused. So yeah, the romance I am talking about here is Philia. A very deep and strong brotherly love between two guys who really do love each other despite the hell that they are going through right now. Which, is even more impressive if you think about how the movie was made. 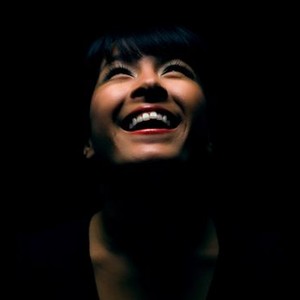 One of the greatest things about They Look Like people is that Blackshear, the writer, director and general all around inventor of They Look Like People had a script that he threw away right before his friends flew out on his dime to start filming. Here, this is what Perry had to say about the original inception of the movie:

“The original inspiration behind the film is that I wanted to work with the actors because they are all my old friends and we have been wanting to make a movie for a very long time. So I bought them plane tickets, because they live in LA and I live in New York, even before I had a script. I said to them that they were coming over to New York and we’re going to do something. I had a different script that I trashed right before we started shooting and I wrote this one very fast. It is sort of inspired by a good friend of mine and I’ve had a few friends who have undergone some really bad stuff. One of them, he was having a really rough year and he started to think people were spying on him through his computer and he started to hear voices. He told me later on that if he didn’t have some really good friends and family that he would have either been in jail or dead. We thought we could make a movie about those two friends and that one week would become a very important week so that became the main idea.”

Is that not the greatest thing ever? Reminds me of a fantastic talk that was given by Mark Duplass a couple of years ago now, that I just can’t stop watching and talking about. See, even though I keep telling myself not to include it here… AGAIN, I’m including it here, AGAIN anyway. It must be good if I want you to see it this badly. (Or I am just that maladjusted.)

Right? Because you are the [email protected]#[email protected] cavalry at that point. Man, Duplass is my hero. But I digress. So Blackshear is all about the ‘include your friends and make something, anything, and just keep making great content’ – school of thought. And it obviously worked because They Look Like People has won a bucket full of awards and trophies for it’s fantastic celluloid. And well they should. Because everything shouldn’t be Iron Man 52. It just isn’t necessary.

But my point in giving you this quote from Blackshear is that he wanted to work with his friends. He wanted to make something great. But he didn’t know what. He put them on planes and got them out to New York not even knowing what it was that he wanted to make. But it was this love for his friends. This deep seeded friendship that carried them into making this fantastic film together. Which, we see bubble onto the screen and bubble throughout their performances on the canvass of this film.

Being someone that isn’t a huge fan of horror films as a genre I absolutely loved the slow-boiling psychological chaos that They Look Like People brought to the table. Even better? I loved the affirmation of friendship and the moral code implicit in this movie. Blackshear has written a film that lifts high the love of others above the love of self. Which is so missing in society today. This was such a fantastic flick. Definitely see it and let Blackshear know he knocked it out of the park with this film. Because, as an independent film maker, he really ought to hear from all of us that we want to keep seeing his movies.