We’re getting closer to Christmas and this week we’ll be taking a deeper dive into the Biblical account of the Gospel of Luke. I started this experiment 1 forever ago. Exactly. And it’s continued to stroll it’s merry way slowly towards the end goal of Revelation 66 books after we started. The biblionomicron experiment was started after I discovered an atheist that was working his way through the entire Bible. He would read one book, and talk about it for a thousand words. What he hated. What he liked (that wasn’t much) and the in between.  Well, being a Christian myself, I thought – if he can do it… then why can’t I? (Truth be told he stopped back at Habakkuk, I think? I’ve tried multiple times to contact him, but all to no avail. If you would like access to every single effort so far, you may do so here.

Regardless, here we are – in the Christmas season, which is the perfect time to find ourselves wandering our way through the gospels.

Why So Many Gospels?

If you are new to the Bible, the New Testament opens with four books, that all tell the same story from different vantage points. As I have said already, Matthew had his motivations, Mark had his. And Luke was an investigatory tell all. Here, this is how the book of Luke opens up.

“Inasmuch as many have undertaken to compile an account of the things accomplished among us, just as they were handed down to us by those who from the beginning were eyewitnesses and servants of the word, it seemed fitting for me as well, having investigated everything carefully from the beginning, to write it out for you in consecutive order, most excellent Theophilus; so that you may know the exact truth about the things you have been taught.”

Quick note here – in the original Greek (of which I have studied some – but not a ton) this is all one sentence. And in the original language the word ‘exact truth’ or ‘certainty’ as other translators translate it is the final word of the sentence, giving it importance that we don’t see in English. So Luke starts us out saying – Theopholis, dude, I have studied and searched and investigated into these claims just so that you will be absolutely certain that this story really is true. Come with me on this journey and see what I have learned along the way! Does that make sense?

Now, who is this Theopholis guy? No one really knows. But he was obviously a Greek that Luke had encountered and whom he wanted to give a ‘full and reasoned account’ from the beginning. We do know that Luke was a physician and as such he was trained and taught to be observant. To listen. To ask questions. To take notes. And we see that happening throughout the gospel of Luke. If you ever had the thought to yourself… man I wish I could have gone back and investigated if this Jesus thing was legit – Luke did that for you. He interviewed all the key players. He listened to their interlocking stories and tried to make heads or tails out of it just so he could share it with him, and all the people of that region.

Luke actually wrote one big chronological account of Christ’s life, and his death, resurrection that continued on through the details of the early church… and that book is called Acts… or Acts of the Apostles. So if you are doubtful that this is legit, then maybe you should read both Luke’s gospel, and then continue straight on to Acts as well to see the entire story of the creation of the early church as well.

The beauty of Christmas is not a baby in a manger which Luke so eloquently described. The beauty of this season is a baby that grows up to be a man and to live a perfect life. But that beauty is eclipsed by this perfect man dying a death on a cross (a humiliating death, naked, embarrassed) that he didn’t deserve. But that death would be a tragic end without his resurrection and glorious return having conquered death, having conquering our sin. Right? Luke is all about the miracle of Christmas. But Christmas isn’t about a baby. It’s about God coming to earth, living and dying…

In John (which is the final gospel – that we’ll do next time) though it states, “But though He had performed so many signs before them, yet they were not believing in Him.” Is that you? Do you not believe even though he performed so many miracles? Do you not believe even though you are so desperate for a savior? (Admit it. Deep down, you are collapsing in on yourself. Despite your successes. Despite your outer exterior that screams out I AM THE MASTER OF MY OWN FATE!!! I know you are dying, both physically and spiritually. I know… but how? How can I know that about you? Because everyone dies both physically and spiritually apart from God.)

700 years prior to Luke the Prophet Isaiah predicted this little baby’s arrival and what did he say about him?

“For He grew up before Him like a tender shoot,
And like a root out of parched ground;
He has no stately form or majesty
That we should look upon Him,
Nor appearance that we should be attracted to Him.
He was despised and forsaken of men,
A man of sorrows and acquainted with grief;
And like one from whom men hide their face
He was despised, and we did not esteem Him.
Surely our griefs He Himself bore……”

Wait. Wait. STOP. Did you just catch that? Some guy, 700 years prior (2700 years ago) tells the world that someone is coming, and… 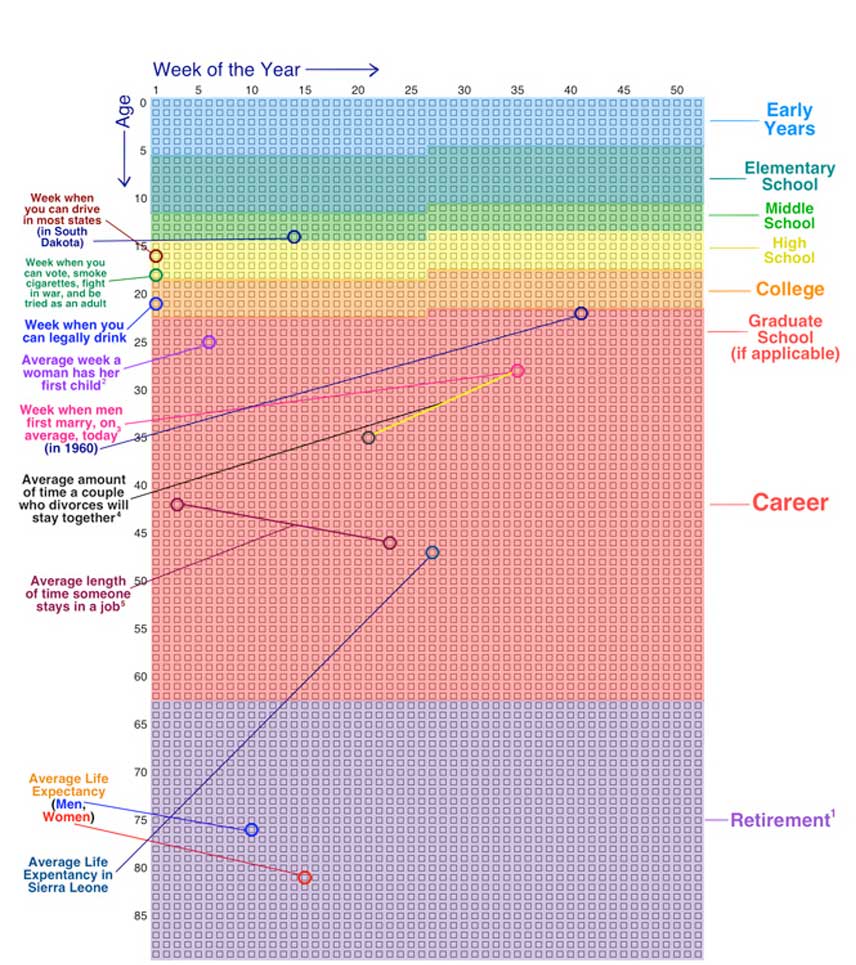 Your grief. Are you going through hell today? No, I am not talking to that shellacked outer shell that is attempting to protect you from all that the world is throwing at you. I Am talking to that still small voice inside you that is suffering right now. The part of you that is lonely in spite of the hordes people that constantly surround you.

My grief. Your grief. Our grief, he bore. And he did that 700 years later, on the cross, after being born in a manger.

Can I ask you a question? How is this life thing going for you? Most people spend most of their time avoiding the obvious, which is this… you will die some time soon. Relatively speaking. I did a post a couple years ago where I talked about dividing your life into blocks of weeks and block out what was done, and what was left to be done. And even if you are 20, it is amazing to see the finiteness of one’s own life.

What’s your end game? When you die? What card do you have that’s up your sleeve? Well I would just like to make you a proposal. Luke is a great book. If you read Luke for me, and decide it was a complete waste of your time – I will pay you for your time. I’m betting you can read somewhere around 300 words per minute, which comes out to something like 66 minutes. And because this site generates basically zero money, I’ll pay you minimum wage. 10 bucks?

Is that a gimmick? Yes. That is the very definition of the word gimmick. But I’d like you to just read the book. From front to back, and if it was a waste of time, I’ll pay you for your wasted time. Of course, if I’m paying you for your time, I’m going to want to talk to you about it and hear about the parts you didn’t like and why. So be prepared for that.

And better yet? John. John is the next book that I’ll be going through and will be publishing that overview on Christmas Day, and it’s the single best book for someone like you to read. So don’t stop at Luke, just keep on going through to John. And make sure you give me a yell after reading Luke and John.  It’s Christmas season after all – which is all about the greatest story the world has ever known.

The story of a baby boy, God, come to earth. Just for you.