Thought experiment: The world, was not an accident.

Let’s get back to that thought experiment in a moment.

947 days ago, (or 2 years, 7 months, and 4 days), I started just a little series I thought I’d get completed in a couple months. The idea? To read a book of the Bible, and then to just free form write about the issues, problems, and clever bits that I find as I find them. I’d originally seen that an Anonymous Atheist was working on this exact idea (which he abandoned (died?) after about 30 books in. Though it’s taken me a couple years, I’m still going… and still plan on continuing until I hit book sixtysix and then the ride will be completed.

So what is the difference between the first 39 books of the Bible and the remaining 27? Well, actually… absolutely nothing. The message of the gospel of the New Testament was littered throughout the Old Testament. But it hadn’t arrived yet. The hope of restoration, and forgiveness was there… but not completely yet. The idea of having one’s guilt wiped away, and having their doubt and insecurities eradicated? There. But only in a mere shadow.

So in this thought experiment that I’ve asked you to join me on, we find ourselves at a cross road. We have been created by an all powerful creator. Which, while cool in and of itself has us hanging a bit in the balance. We are over here:

and he is over there 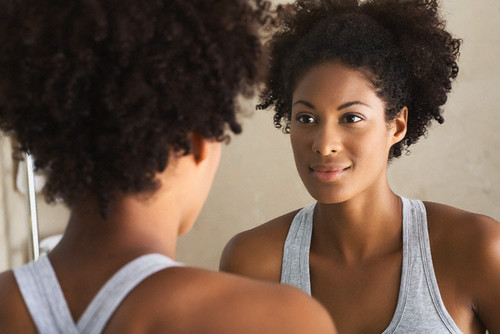 How is it possible to remove that distance? To make it more like so? —-> xx? And that distance? That chasm between x and x? That’s my sin. My rebellion. And your sin. Your so called “cleverness”. Because, let’s not kid ourselves, you aren’t perfect. And a perfect creator – someone with the ability to create you? Oh yeah, he’s perfect. Look at that beautiful face of yours in the mirror. Seriously… stop. Look.

So yeah, he’s perfect. He made you after all. And the mesas of Arizona. Cumulus clouds. And the glaciers. Ooh! And he created the unicorn of the sea, the Narwhal. Right? So yeah, he’s perfect. Which brings back to the you over here <——- and him over there ——-> problem. Which was echoed of throughout the entirety of the Old Testament. No? The sacrificial duct tape that was just holding the dam back. Right? Well, all of that, the whole 39 books of the Old Testament is just leading up to this book (well this book and Mark, Luke, and John). The Gospels (Matthew, Mark, Luke & John) tell the story about how God chose to solve this here, and there problem.

So that is the thought experiment, and that is where Matthew comes into this infinitely complex equation.

Which brings us to the actual book of Matthew. The goal of my experiment is simple really. I read one book of the Bible… and talk about the thoughts running through my head as I read it. And I actually had a bit of a difficulty with Matthew. Reading it from this fresh perspective, and from this fresh vantage. It was hard to read it from the view of never having read it before, when it was one of my favorite books in the Bible. It begins with Jesus’ genealogy, which was uber important to the Jews, in that the Messiah was prophesied for hundreds and hundreds, actually thousands of years, that he would come. And not just that he would come, but he would come from a specific family, and from a specific line of history, and parents. Because, the point of the book of Matthew is important… the purpose of this book was specifically for you. It was solely written to prove to you that the Messiah – the savior – had come and he had come according to how the prophets told he would. Matthew is written for you. Just for you.

We begin with the genealogy and then quickly move on to the virgin birth, the Magi, and the flight to Egypt from the out of his mind Herod that wanted to kill this little usurper in baby form. This is the Christmas story. You know the Christmas story right? I mean, heck, I’m happy to retell it… but I think you know this part. (Don’t worry, I still have time to tell it, and retell it in Mark, Luke, and even in John if you’d like.) God chose the lowly things of this world to humble the lofty. And so we have a defenseless baby, in a manger… crying out in the night. Echoing throughout all of eternity of God’s plan for you, and his desire to reconcile you to himself. So Jesus is born, and there is a massive conspiracy out to kill him. And thousands of boys throughout the region are killed. Mary and Joseph flee to Egypt. Isn’t that interesting that the powers that be were out to kill God in flesh the moment he was born?

We see Jesus again at the age of 12 head to the temple with his family… get lost, and then get found again… and then, something like 30 years later, Jesus pops back up on the radar again. We guess that between 12 and 30 Jesus’ father (step father really) has died because there is no mention of him again. Jesus then begins heading out into the surrounding area and assembling disciples which was common for the day for Rabbis (teachers) to do. And so this is how Jesus and this coterie of guys assemble to become the single biggest change this world has ever seen. Can you think of another group of 10 or 15 guys that have made a bigger difference in the world? Maybe the only other group of guys that I can think of that had another big impact was Hitler, Goebbles, Eichman, Goering, Heydrich, Himmler and the lot. But that was decidedly not a good impact on the world. Are there others that you can think of that assembled for good, that had a significant impact on the world?

Jesus began the tradition of heading out to the synagogue and reading from the scroll of the Torah for the day’s reading, and then he would teach. And the leaders and teachers of the day quickly began wondering who this backwater hippy was and where he was getting his amazing authority from. Oh and the miracles. Jesus was performing miracles regularly… everywhere. I once listed every single miracle that Jesus performed that was specifically mentioned throughout the gospels and came up with 73 different mentions of his miracles. And many of them? They were like, “And holy cow… there were a bucket load of people healed that day.” Another time it was like, “The disciples tried to talk Jesus into heading to an Arby’s and getting some food… but nope, he just kept going…” Or something like that.

But as soon as Jesus started his period of ministry the clock started on his life and his time on earth because the powers that be were not interested at all allowing this Jesus upstart to continue. What’s interesting though, was that Jesus was born to come and die violently. That was the goal from the beginning. No one understood that. No one grasped this was the truth. But that was the whole entire purpose of his arrival on earth. He came to die for you. For your sins. And to bring you back into fellowship with him. There was no other purpose. And so this was the stage that was set from the beginning. Jesus came, and challenged the people, the Pharisees, the Sadducee of the day and it was through this disturbing of the natural order that Jesus marked himself for a death on a cross.

And let’s talk about a few details about this death. We have embraced the cross as a fashion symbol and decorated it with gold and silver. We hang it on chains around our necks, but at the time it was one of the most reviled and horrifying symbols of the day. It’d be like wearing an electric chair around your neck. That just doesn’t make any sense. Or a guillotine. It’s an absurd thought. Not to mention the fact that it was thought that the looker would be cursed to see someone else’s nudity. So take a reviled device of murder, and couple that with disgraceful nudity and you are starting to get the idea of just what a terrible way to die this was. Never mind the pain of suffocating on a cross (which is how a crucified criminal would die, not actually from bleeding out) which came as the person was unable to hold themselves up with their feet anymore which caused pressure on the lungs… and the eventual and slow suffocation.

So why exactly did the God of the universe, who created the morning dawn, and created you, decide to commit deicide – regicide – sui-dei-regi-cide – on your behalf?

Well. Because He loves you. That’s why.

And believe it or not, that unfillable hole that you have in your chest that you have been trying to fill with great movies, great food, great travel, great entertainment, great drugs, great sex, with a great life? You are never ever going to fill that hole. The only way that you will fill that hole is with an infinitely large entity, like God. Oh, and by the way, you were created to commune and live in relationship with him… here on earth and then after. I talked about it back in Genesis, but that is how you were created. And the only way that you will find contentment in this life is in relationship with him.

I am not a late night preacher asking for your money. I am not a snake oil salesman. I have zero gain in telling you about this amazing truth except that I care about you as a fellow human being. That’s it. But the choice to accept this man Jesus as God is your choice entirely. And I’m not going to push him on you either. I’m just sharing this truth with you because it really is the most amazing thing in the world.

It’s as if I found an enormous pile of Shane Carruth movies in some closed up closet somewhere that had never been published (I talk about movies on this blog a lot, and one of my favorite directors is Shane Carruth – just go with me on this lame analogy, insert your favorite director instead of Shane, that’s fine. It hurts a little… but that’s fine.) and I want the world to know about it. Right? But heck, we have 26 more books for you to catch the drift of just how much God loves you, and I love you… and just how amazing this closet of Shane Carruth’s films is. But why wait til the end to do something about it? Why not change that life of yours that is still aching because of that God shaped hole in your chest? Why not do something about it today. Email me – I’ll chat with you about it more if you’d like. My email is taylor at taylorholmes dot com.