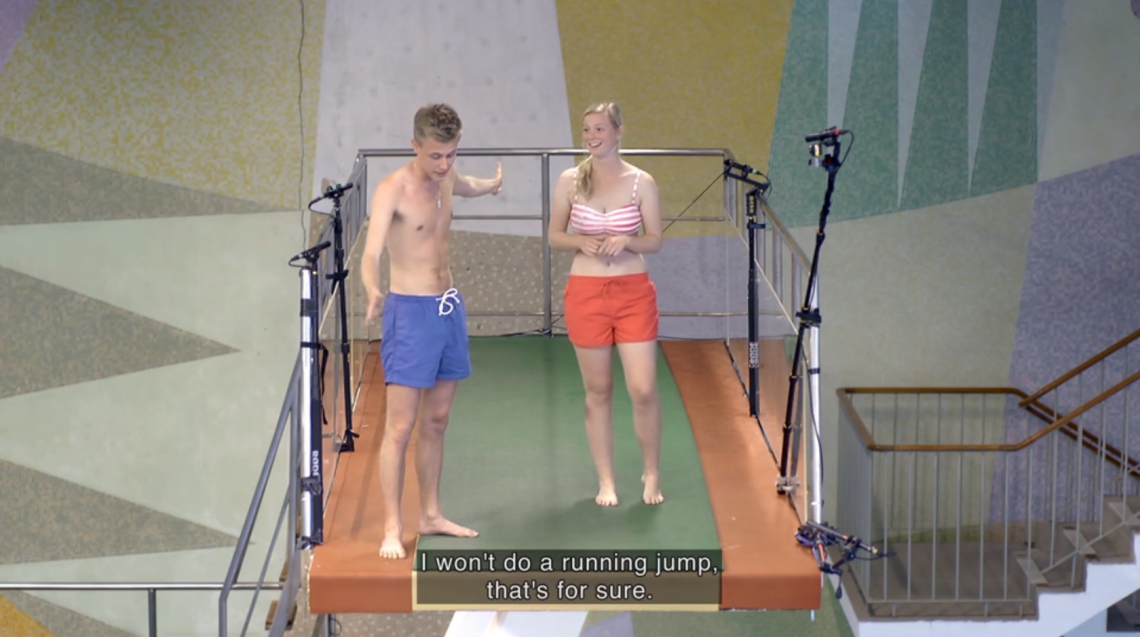 It’s been a little while since I’ve thrown a short film at you. Still adore the medium, and love watching them any chance I get. But I’ve been mainly concentrating on the film side of things of late.

Today though I have an awesome short that just is fantastic. Simplest of conceits imaginable. A 10 Meter Tower short film…  where a group of 67 people were paid 30 dollars to jump from a 33 foot (10 meter) diving platform. There is zero commentary. Zero dialogue besides the victims (whoops sorry), I mean the jumpers, grappling with their fears. It is a surprisingly fascinating look at individuals as they grapple with this fear… and we watch as some decide it is just too much. And while others overcome their fears and take the leap.

Sure, it’s filmed in Finland. And they aren’t speaking English. But these people are us. Right? We’d be no different up there. This past summer I leaped off of a boulder that was only like 15 feet above a small glacier lake in Yosemite. And thought I might just die. Hahah. Well, I also had no idea how deep the pool was I was jumping into as well. So there is that. But regardless, I can empathize with these poor folks. Their stammering. Their question of the existential chaos of life and the larger meaning of the life the universe and everything. 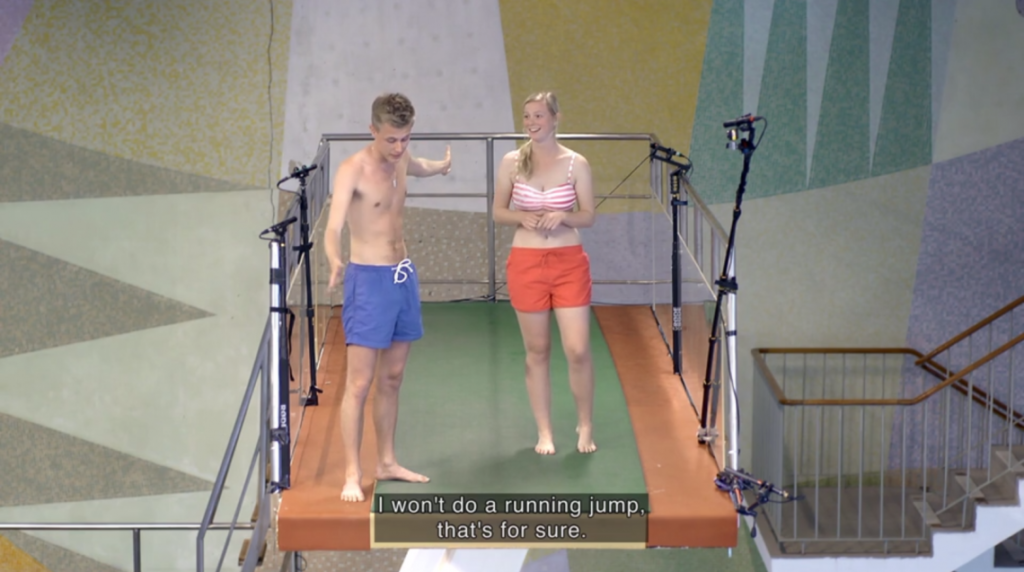 My favorite couple is this one right here. To see the boyfriend (or spouse, we have no idea) just constantly battling with himself while his girlfriend seems pretty ready to do this thing. ‘Want me to go first?’ ‘Oh no no no ….’ ‘Right right, of course, you go first’ Hahahah. Such a brilliant picture of society in a bottle. The woman is ready to go and adventure out, the guy is completely out of his mind with fear. hahahah. Brilliant. ‘I won’t do a running jump, that’s for sure!’ Hahah. No, no you won’t. ‘I thought about going and when I was ready to go I went weak in the knees!’ ‘You seriously went weak in the knees?!?’ hahahah. So great.

Regardless, it’s a fun watch. Love me some short film goodness.