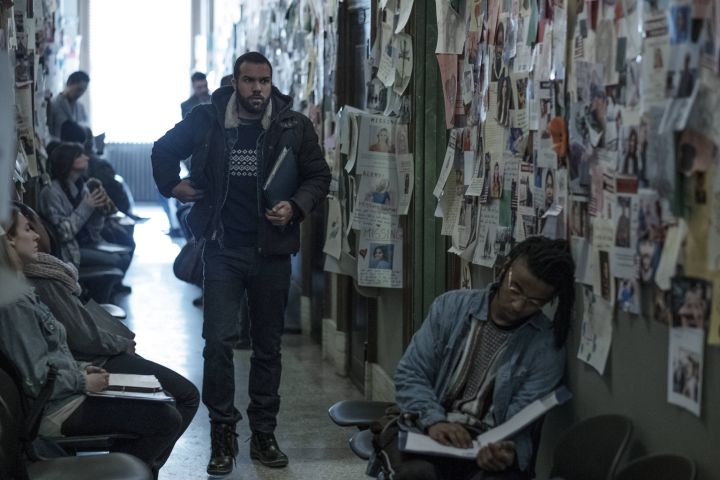 Ah HA! Now we are in uncharted and in a completely different headspace. Now we are freaking cooking with gas people! Handmaid’s Tale has doubled back on itself and it is unfurling it’s wings. The eco system is now setup and configured, and now the writers are dancing across the chess table and randomly kicking pieces for distance. Now we are having fun my friends. I can totally now see where this show has legs to run for several more seasons if not indefinitely. This just got really really interesting. So let’s get to it shall we?

The entirety of this episode is told looking backwards. Every single second of it. Well… save for the last 2 minutes of the episode at the very end that is. But we’ll get to that in good time. Wait for it would you!? Gah. So yeah, there are two threads being shown to us in this episode. One is back at the opening of the show and moving forward from there again, but taking Lucas Bancole’s fork instead of June’s. And it also jumps back to prior to that opening shot and shows how June, Lucas, and Hannah, and shows us how they ended up running for it and ultimately getting caught.

So this week I’m not going to follow the thread of the show specifically, but rather, I plan to follow the events as they happened CHRONOLOGICALLY.

Handmaid’s Tale Run For The Border

Chronologically speaking, the episode starts with June and Luke driving out of the city – June is stressing about getting caught. But Lucas reassures her that they haven’t done anything wrong, yet, just a family going out for breakfast. Not a crime. So far. Until that is they arrive in a junkyard to meet Whitford, who was apparently a friend of June’s mom. Whitford is going to escort them out of the city, the county, and to a safe house. Then from there across the border to Canada. And once Whitford has Lucas, June, and Hannah all tucked in, he heads out to get them all passports was it? Because the Visas that they got via their United States passports weren’t any good anymore.

While out at the safe house, a hunter shows up and sees June and Hannah… which, is a strict no no. And immediately Lucas and June decide they have to make a run for it. They aren’t safe there anymore. But while they are packing up, the hunter returns. And the news that he brings is really bad news. Whitford apparently was caught and hanged from a light pole in town. And the Guardians are now hunting for them all. Jump to…

After Lucas crashes the car, he urges June and Hannah to run for it. Lucas loads the pistol that was given to him by Whitford, and makes his last stand. He gets one shot off and then is shot in the gut. The Guardians pack him up in an ambulance, and head back towards town. Not but a mile or so away the ambulance crashes and tumbles down a ravine and into a river, killing (miraculously) both the driver and the medic in the back with Lucas. Lucas survives because he is strapped down. (I didn’t write this bit, I’m just trying to explain it.)

Lucas steals some drugs and gets out of there as fast as he can. He eventually gets back to the volvo that he had crashed a little while earlier – but finds Hannah’s stuffed animal and some things the two of them would never willingly leave behind. Later that night we see Luke arrive in a burnt out town. He holes up in a store for warmth and food. When he wakes up he is face to face with a gun and Zoe. They all believe that he is a Guardian because of his jacket, but he convinces them he’s not.

In a scene straight out of a Stephen King novel or better yet, straight out of Justin Cronin’s book, The Twelve (his second brilliant alien/vampire novel I can’t recommend enough), Zoe packages up Lucas in her bus and they head off. They quickly notice that if Lucas doesn’t get surgery he’ll bleed out, and so they do what they can to stop the bleeding. And off the bus goes towards the border with Canada. But Lucas isn’t happy at all about it because he’s leaving behind his daughter and his wife.

Apparently Zoe has been bouncing from here to there and picking up strays. Is she important? I would have said so, but she’s about to die. So far, Zoe has picked up Christine, Lila, Peter and TBD. TBD is in shock and hasn’t said anything at all. Apparently she was rounded up and herded into a facility, a training camp, a detention center. And there they are being, “tested for fertility”. Which basically means that all the women are being systematically raped. All the women that get pregnant then become a handmaiden. And so yes, TBD is a mute as a result of our torture.  Soon after, they make it to the boat that is going to take them across the border to Canada.

We jump forward three years in time – and over to Little America in Canada. And while chatting with TBD, Luke gets a call that is urgent. And when Lucas goes and meets with the woman who called he begins by saying, “I think you are looking for high schools, you see I was trying to hide a couple hundred people.” So that means what? Luke is now a what? A separatist? A member of May Day maybe? What is he doing? Is he working with an underground railroad to get women out of the Republic of Gilead? It’s very very interesting to me.

Regardless, he’s interrupted, by the woman and she asks if Luke knows a woman named “June Osborne”? And she gives Lucas the note that June wrote the episode (3 weeks prior) before. The note reads, “I love you, So much, Save Hannah.” Personally I expected a more personal reference in the note. Something about their past to prove it was June writing. But, I guess the “Save Hannah” basically proved it was her. And with that Handmaid’s Tale opened up a totally new chapter to the story.

I have to say that the show definitely picks amazing music. “Nothing’s Gonna Hurt You Baby”, by Cigarettes After Sex? Well played! Well played. 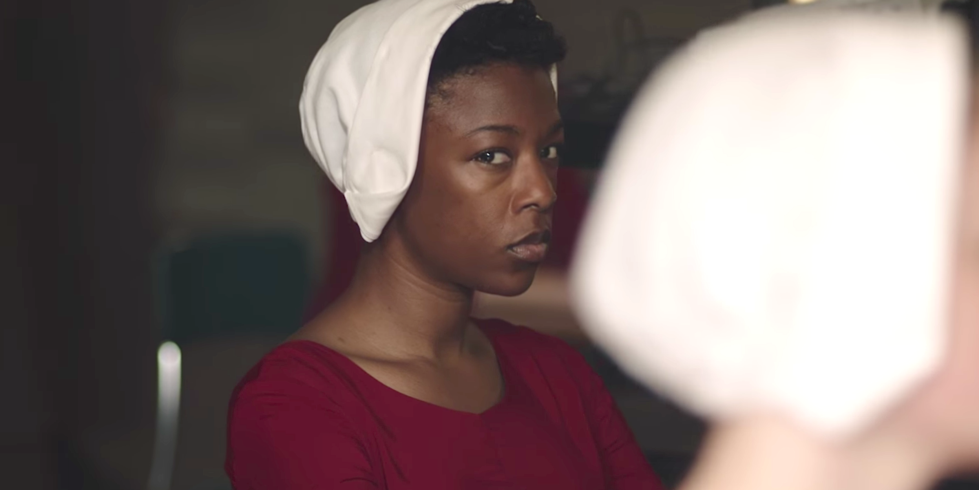 One of the most amazing things about the book is that it is setup in the far future, reviewing the history of the Republic of Gilead and the papers and writings of a Handmaid. Her identity is unknown, and actually, many of the “facts” of the writings are proven to be inside jokes and falsehoods. So we are actually reviewing the history of Gilead through the vantage of an imperfect narrator. It tells the story of a society that is sexist, and also violently racist. But not only is race not an issue in the show, it’s not even mentioned. Luke, an African American, married to a caucasian? Not a thing. No issue. And we have also seen that many of Handmaids are also Asian, African American, Hispanic. No problem. They are cherished simply for their ability to reproduce.

And so a book that discussed both racism and sexism, is now dialed in simply to the issues of sexism. Which, I don’t believe is a bad thing. It focuses the story and hones the poignancy of the message. But it leaves behind many of the 3rd Reich parallels as a result. And so when Luke walks through the hallway, we see thousands of posters of women that have gone missing. Women that have become chattel and property to be traded and sold. Which is why the story has taken such an enormous change in this latest episode. It has now become a rescue mission. And not just a rescue mission for Hannah and June, but all the women in the Republic of Gilead. And Luke has already started the moment he first arrived in Canada. Could it be that Luke is the head of May Day, and May Day’s mission is simply the return of all the captured women of Gilead?