Are You Guys Watching Dark on Netflix?

There’s a German show, called Dark, on Netflix (thanks Pancake for the twitter shoutout) that is already blowing my mind. I’m only one episode in and already I know for a fact this is prime television. On the OA and Taboo, I took a shot at doing episode by episode walk throughs of how everything went down, and that was sort of fun. But a ton of work. I considered doing that here for exactly 12 seconds. But this show is so much more complex than either of those two shows. 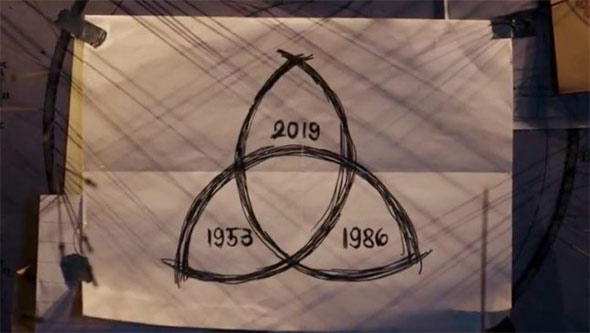 For example, in the first five minutes, a man – no idea who – writes a note on an envelope that reads, don’t open this until November 10th after 10:15 pm… or some such. And then he steps up on to a chair and hanged himself. I mean, seriously? Brilliant beginning. This thing has time travel rooted into its bones. I have a feeling that multiple characters are single characters and vice versa. But I already know that I am hopelessly lost and just going to go in for the ride. So, sorry everyone that wanted a detailed walk through. I’m not going to be doing it for this particular show. It’d require 3 watches beginning to end before I had a grasp as to what was going on I feel.

Anyway, check it out. Dark, Netflix. I do believe that Netflix is offering both a dubbed version as well as a closed caption version. Life Pro Tip? Avoid the dubbing like the plague. The original German version is way better. Just because I care about you. Love to hear your theories about the show as you watch. But make sure you denote spoilers clearly! I am not finished yet! Enjoy!