Greetings and salutations. (Said in my best J.D. voice impersonation from Heathers. What? Nothing. Nothing. Carry on. Nothing to see here.)

I know that I say this every time… but the odds of someone reading these front to back are nigh on impossible. So for you unwary, random individuals, that just stumbled into this post, here’s the low  down on what you just accidentally found. I have been reading every book of the Bible… and after each book, I discuss it. I grumble about the confusing bits. I explain the upside down bits. I talk about the overarching themes, etc. I started this exercise 4 years ago now, as a response to an atheist that was doing the same thing. I figured, heck… if he can do it, I might as well be able to do it too. (I happen to be a Christian, if you didn’t know. Hi. Nice to meet you. Yes, you can put away that – I just sucked on a lemon – face. Because c’mon. Seriously? I’m not that weird. Ok, I’m really really weird, but that has ABSOLUTELY NOTHING to do with my being a Christian. (Ok, maybe a little.)

Anyway, last time, in Ephesians, I discussed, in detail, Saul/Paul and his different journeys throughout the Mediterranean, and his efforts to setup Churches throughout. I also discussed two of my favorite characters in the Bible, who I’d like to talk about even more today, but alas, I cannot. But Priscilla and Aquila deserve tons of air time. But today, in order to explain some of these letters from Paul in a little more detail, I think I’ll need to dive some on Paul, his Roman citizenship, and his prison epistles, of which, this is one.

Paul’s Time in the Tank

So, let’s recap. Saul hated “Christians”, or the little-christs, that were running around, detracting from the real testament, which was Judaism. Or so he thought. Hated them so much that he got authorization from the Sanhedrin to persecute, and kill, these disciples of the Way. We even have a detailed account of one of these encounters, where Saul held the jackets of everyone hucking stones at Stephen’s head. Saul was a fire breathing murderer, hell-bent on shutting these frauds down. Until, one day, God spoke to Saul and said, dude, seriously? Cut it out. And Saul responded with, CUT WHAT OUT?!? By the way I can’t see. And God said, stop harassing me. Saul’s responses? WHAT?! I love you. You are the only one true God. I’d never persecute you!! And God’s response? I am Jesus, and yes, yes you are persecuting me. Cut it out. And Paul had the most significant, instantaneous life change the world has ever witnessed.

Now, instead of persecuting Christ and His followers anymore, Paul becomes Christ’s biggest advocate and ardent fan. But in his excitement and vigor for proclaiming this amazing new good news to anyone that would listen, he found himself in prison. Wait, WHAT? How? Well, Acts 16 tells us that he was accused by the people of Philippi for “disturbing our city, and advocating customs that are not lawful for us as Romans to adopt or observe.” Better yet? Acts 24:5 says that the Jewish leaders had “found this man a real pest and a fellow who stirs up dissension among all the Jews throughout the inhabited earth, the world, and a ringleader of the sect of the Nazarenes.” So Paul got busted by both the Romans, as well as the Jews. He was now on the receiving end of what he had been doing to Christians before his little encounter with God.

But why? What is that all about? Doesn’t the Bible say something about God working everything together for His good? Or some such business? Here, let’s read this bit first – this is Paul talking about his circumstances at this period of his life… in prison and I’m sure, completely baffled. But trusting regardless.

“Now I want you to know, brethren, that my circumstances have turned out for the greater progress of the gospel, so that my imprisonment in the cause of Christ has become well known throughout the whole governor’s palace, praetorian guard, and to everyone else, and that most of the brethren, trusting in the Lord because of my imprisonment, have far more courage to speak the word of God without fear.”

And that is basically how Philippians opens. Paul was so annoying, and was such an advocate for Christ that the Romans were like. No. Off to prison with you. And how did Paul feel about that? Basically he saw it as an amazing thing! Paul gloated in the knowledge that he was able to preach to the praetorian guard, throughout the palace, and through the region as a result of his imprisonment. Which, is the tone and purpose of the entire book. He just keeps rolling with that optimism. Let me shotgun a few key scriptures that follow this vein, and this is from the Taylor Translation (yes, I’ve looked at the Greek, but this is all my own voice):

Philippians 1:6 – Hey! Brothers! Sisters! Our God who started amazing in you? HE’LL FINISH IT! He’ll finish that amazing, completely, and totally…  in the day Christ Jesus returns.

Philippians 1:21 – Please understand this everyone – by living it’s all Christ, 100%. And dying? Oh my, what marvelous gain.

Philippians 4:13 – Guess what? I can do anything… all things… everything… through Him who strengthens me.

And even though Paul is imprisoned during his writing of this letter to the Philippian church, he definitely is filled with joy while talking to them. I don’t know about you, but if I don’t get quite enough sleep at night… I grump all over everyone I meet. If I stub my toe I get angry with anyone within splash damage radius. But Paul? He was imprisoned for his religious beliefs and his love for God. You do that to me, I may go hire Johnny Cochran to get me out… or the A-Team. Somebody. But Paul sees the good things that are happening as a result of his imprisonment. He sees the larger picture of how his imprisonment and the work of the Philippians are spreading the gospel and sharing the good news to those that so desperately need it.

But to pull back and speak to the Atheists wandering through here, and the unspoken question I hear coming from your direction… “But Christians are jerks. They are smarmy. They are annoying. And idiots all… the lot of them.” I will not disagree with you even for a moment. I’m an idiot myself. Let alone the rest of us Christians out there. I will tell you this, just because God is real to me, and He has saved me both from myself, and also from my sin, that doesn’t mean I’m perfect, or even close. I’ve never once attempted to claim perfection. (I mean, heck, even Paul says in chapter 2 “Not that I have already obtained it or have already become perfect, but I press on “) Heck, read this blog for more than 5 minutes and you’ll realize very very quickly just how imperfect I am. But if you want to know what I, as a Christ Follower, aspire to… what I desire more than anything else, with every fiber of my being? It’d be all about this quote from Philippians 2:

“Do nothing from selfishness or empty conceit, but with humility of mind regard one another as more important than yourselves; 4do not merely look out for your own personal interests, but also for the interests of others. Have this attitude in yourselves which was also in Christ Jesus, who, although He existed in the form of God, did not regard equality with God a thing to be grasped, but laid aside His privileges, emptied Himself, taking the form of a bond-servant, and being made in the likeness of men. Being found in appearance as a man, He humbled Himself by becoming obedient to the point of death, even death on a cross.” 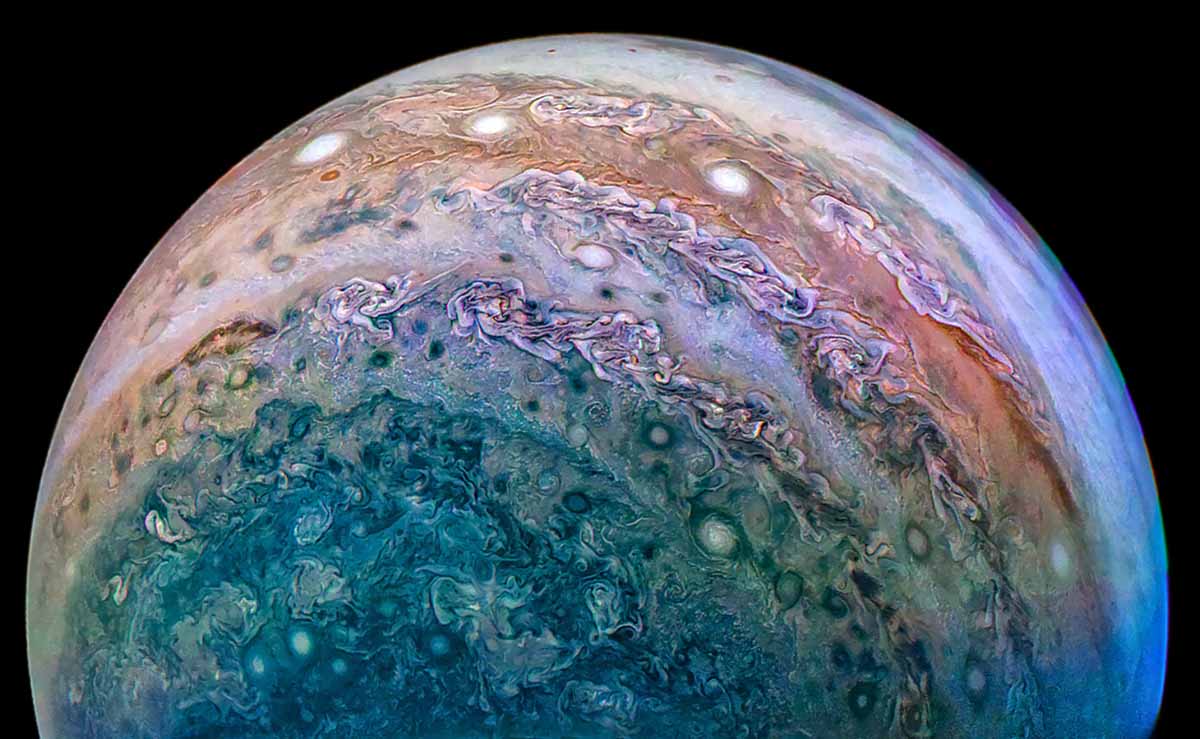 … chose to become man, live and walk the planet, then get murdered by His own creation, in order that we might be reconciled back to our creator? Could I possibly be that selfless? No way. Maybe on a good day, I’ll let you borrow my car. But I’m definitely not going to let you even touch my phone. Right? But my goal? My desire? Die to self. And to live a life of radical selflessness, similar to how Christ lived, died, and rose again on our behalf. And that is the kind of life that I want to live. That is the kind of radical deprioritizationing that has to happen in order to be more like Christ.

So on behalf of all Christian losers everywhere, that have yet to figure this bit out… I apologize to you for flipping you off in traffic with my He>I bumper sticker on. I apologize for traffic jamming the city on Sunday mornings as we collectively all head to church en masse. I apologize for filling the booths of all the restaurants across your town with non-tipping patrons. I am so sorry for all of the imperfection we have spewed your direction. But I for one, want nothing more than to treat you as more important than myself. To let you know that God loves you more than you will ever know. And to let you know that you are more than welcome amongst our imperfect ranks as we clog the city on Sundays, fail to tip and even flip various people off in road rage failure after failure. Please know, that you matter to us, and though you may not matter more than my iPhone, I’m working on that… and I’d prefer to value you more than anything else. I’m working on it. You are loved.

And that is the message of Paul to the Philippians. Sure, we aren’t perfect. But love those nearby with the love that Christ loved us. Love unrelentingly, in spite of the circumstances. Whether imprisoned, or in 401k’d… it doesn’t matter. Love others always, with the love God has loved us with. And there you have it. Philippians.