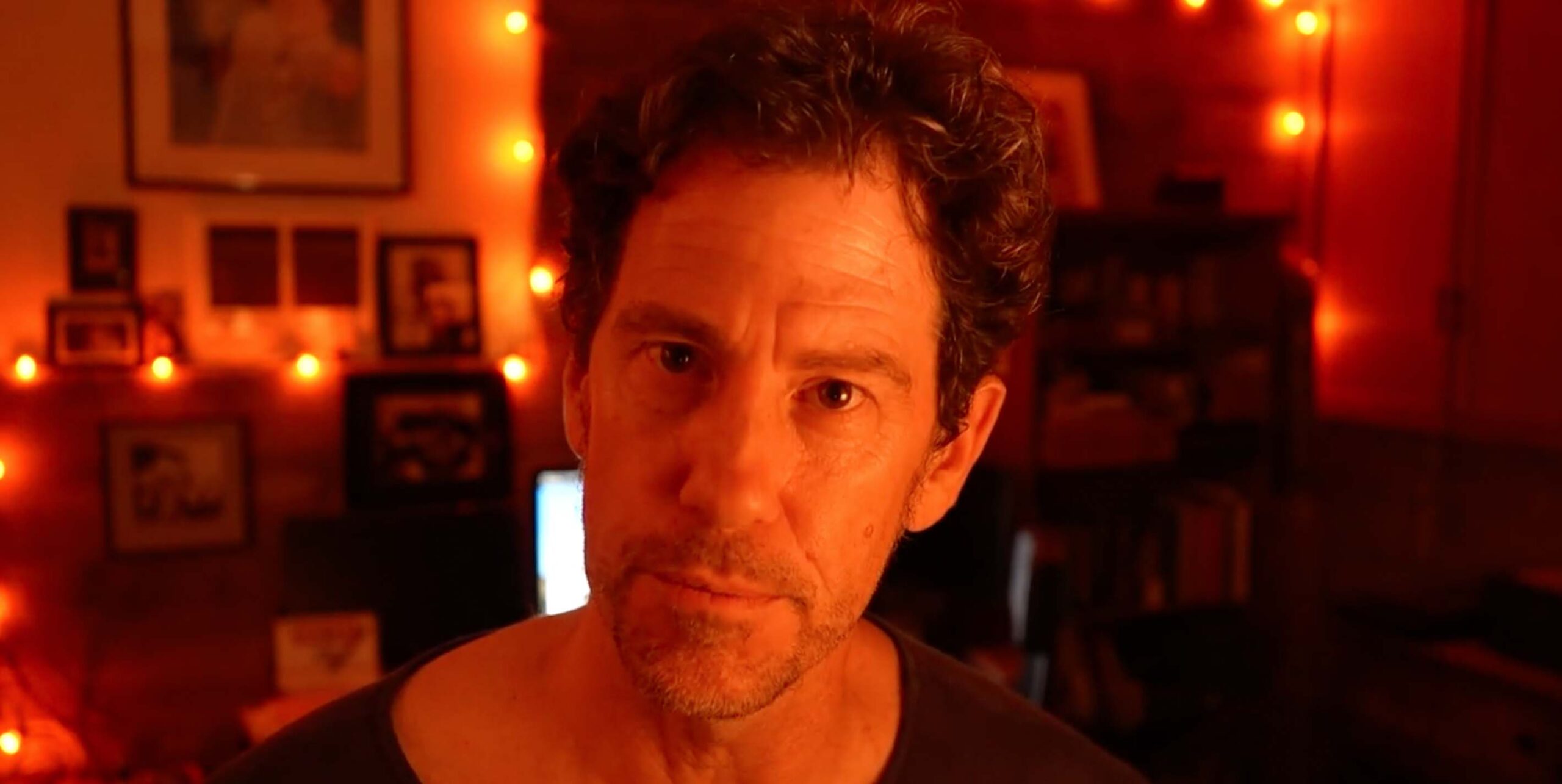 James Byrkit Interview and Shatter Belt Discussion. In the pantheon of the upper echelon of Indie geek movies, Coherence is the Mecca we should all pay tribute and deference to. Sure, you have your Primers, and your Upstream Colors… you’ve got your Mark Duplass movies, particularly, The One I Love. But James Byrkit’s Coherence brilliance is unrivaled within the Indie film community. So I was overjoyed when I found out that Byrkit and the team were back at it again. But this time, they are kickstarting the heck out of this thing. So let’s all go help them out and get these episodes off the dime, shall we? You can sign up to help Shatter Belt right here. I’ve already signed up to assist… so you should too. I mean… look at this overview of the man’s vision for the project… this is THiNC. personified. How can we not back this action up??

“This is something that’s been forming in my brain for years, piecing together story ideas that all revolve around consciousness, and the innate strangeness living in a physical world. It’s taking shape into short film episodes, an anthology not unlike the Twilight Zone, but with the natural tone and independent spirit of COHERENCE.

I’ve realized lately that the only way to tell these stories in the purest form, without watering them down with Hollywood executives worried that the audience can’t keep up, is to just make them. This involves putting a tiny team of experts together, as if we are going to pull off a heist. With precision execution, we can pull off a short season of 4-5 original short film episodes, especially if we get support from fans via Kickstarter.”

So I was pretty tickled when the Coherence/Shatter Belt team reached out to me to see if I’d like another chance to talk to Mr. Byrkit. I told them no, again and again… but they were pretty insistent. Eventually they wore me down. <tips hat>

And if you are a total noob, and don’t even know what a Coherence is?? Boy, have I got a treat for you today. Congratulations… your world just changed. You can watch this world changing movie right here:

An Interview with James Ward Byrkit

THiNC. – “I have to start right here – no other question matters more to me right now… Walk us through the Patton Oswalt exchange on Twitter from your perspective. Because, I follow both of you – and to watch Patton blow up about Coherence, just completely out of the blue… I was like… uh, I know a guy that can help you with that! hahaha. But yeah, share some color for us on how Patton came to participate in the show, and what was going on when that happened.”

Mr. Byrkit – “That was quite a day. Patton’s excitement about the movie and the way he kept coming back to it again and again throughout the day did more for us than the last five years of relative obscurity. I sent him a photo of the characters from the movie— with his face inserted as one of the photos from the box. And he followed me and indicated he wanted to talk about it all and geek out a bit. And we had a great talk, and I mentioned I had this new project and there was an episode written that might, just miiiight speak to him.  And a month or two went by and we zoomed again and he said he loved the episode but didn’t want to presume it was meant for him. Like maybe I was really asking for Jack Black’s number or something. But we were clearly on the same wavelength with movies we loved and 80’s rock that was stuck in our subconscious.  We got him to come with us up to Lancaster for two days to shoot the episode with a micro-crew, almost no money to buffer us, and a surprise sandstorm that clogged cameras and windpipes. It’s a glorious episode and Patton shows colors you never get to see.”

THiNC. – “We at THiNC. love love love love Coherence. I think the only other movie that historically has gotten as many recommendations as Coherence might be Mark Duplass’ The One I Love. But that faded years ago. Coherence is the Belle of the Ball here at THiNC. Can you just tell us why exactly we are already smitten with this new project of yours? What is it you are doing, how it came to be? Etc., etc.”

Mr. Byrkit – This all comes from an unrelenting drive to get these ideas out of my head and into a medium that can be shared. After Coherence, I pitched about 30 other projects and all of them came to heartbreaking endings or tragic implosions. I needed to direct something again, and if it wasn’t going to be through standard Hollywood channels, it had to be done anyway. So I wrote eight short films and told my wife THIS IS WHAT I’M DOING NOW and by any means necessary I’m going to get these made. They are pure little micro-budget projects that explore some edge of reality, some question of consciousness. In the way COHERENCE tried to keep the human connection front and center during an exploration of the quantum universe, these will focus on odd little offshoots of characters dealing with intense cracks in reality. So if COHERENCE really is the belle of the ball for you guys, these might be the… spastic younger siblings breaking things in the other room?

THiNC. – “Hahahah! A better description of a new project does not exist. That is fantastic, and I’m utterly sold. Gotta get me some spastic coherence sibling action!

“Emily Baldoni. Can you tell us if her spot in the show is as Em? If not, why not… and can we change your mind. I think with just a few edits we can make this work. Hear us out. Hell, I’m guessing you could have Em1, Em2, and Em3 all play parts as well. You’ve accidentally created them, might as well put them to work I’m thinking.”

Mr. Byrkit – “We just finished shooting the episode with Emily Baldoni and Hugo Armstrong and they are both so, so great. She plays a character that is very different from the movie but maaaaybe I could be convinced she’s changed her name and career and gotten pretty hardened.”

THiNC. – “Great, then that is what happened. She’s in a witness protection program after murdering herself over and over again. I mean, that would harden anyone I would imagine.

“We all generally know that Shatter Belt is an episodic series, maybe in the vein of Black Mirror? But is it shot in the style and make model of Coherence, which was that the actors got cue cards, with talking points that needed to be hit during scenes? Do the actors not know what will happen in the episodes like Coherence? But where are these ideas coming from, what is the future for the show do you think?”

Mr. Byrkit – “These are scripted, but the actors are free to improvise. As we progress, we will explore with some episodes that are even more improvised and incorporate more unconventional approaches. COHERENCE is a freak that really can’t be duplicated or used as a model because THAT WAS INSANE AND SHOULD HAVE NEVER WORKED AS WELL AS IT DID.  The ideas for the episodes are straight out of my brain, some of which have been marinating for years, crying for attention, and some just leaping out of the oven naked and ready to eat.  That’s what mixing birth and cooking metaphors does and I’m not sorry.

THiNC. – “Talk to us about the Kickstarter and how we can help. I mean, obviously pledge. Pledge. PLEDGE. There’s a lot of cool stuff out there, even NFT’s (of Emily even! Clever.) that can go towards helping make this show happen.”

Mr. Byrkit – “Kickstarter is an experiment to see if we have any access to the millions of fans out there. We need any backing we can, even if it’s a small amount. The algorithm places us based on traffic. The campaign was conceived as a way to let fans share in the making of the series. People always ask how we managed to shoot COHERENCE in five days, without a script or a crew. Well, Shatter Belt is even more ambitious and is already proving to be a crazy story, and anyone who contributes will get updates from the production sharing the behind the scenes stories. I’m really interested in helping new filmmakers get their start and this is a direct way to connect to anyone interested in the process.”

THiNC. – “We are a little offended, by we, I mean, me… Taylor, to see that we weren’t individually invited to the site to run errands and to help make Shatter Belt happen. Any comment from you, your team, or legal representation? We are curious.”

Mr. Byrkit – “It’s all about the COVID situation right now. We have to follow extremely strict guidelines on who can even be present on the set and that means we have to turn away everyone offering to help. It’s a real drag and just one more obstacle to a successful project in these ridiculous times. Next one, Taylor.  Next one.

THiNC. – “Sooooo… what yer sayin’ …. is there IS A CHANCE!!!?!? Hahaha. Awesome. Thanks so much for coming and talking about the new series. We gotta get this thing funded. These movies have to come into existence, and play across my corneas. Like. Whatever else happens… I’ll be honest, I DO NOT CARE. So … let’s get this project made for my corneas’ sake, okay people? Great.”