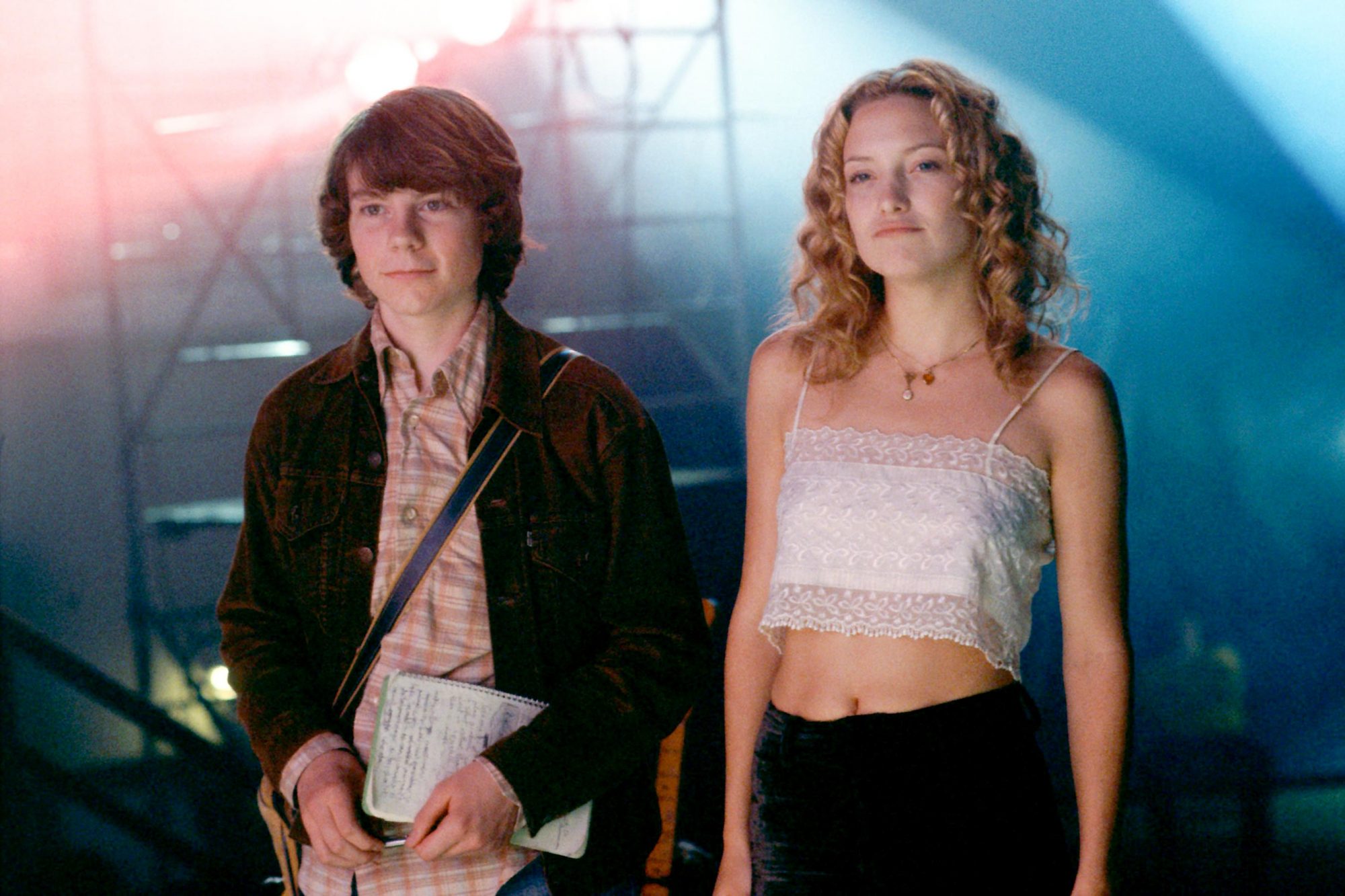 Top 100 Movies Almost Famous – My apologies friends, I’ve been away from this series of writings for a bit now. If you are unfamiliar, some time ago, I decided upon the task of chasing down the Top 100 movies of all time. Generally around here, I review and discuss new and more modern mindjob movies, or independent films that eschew the more traditional Hollywood tropes. Regardless, I figured, it would probably be good to get back to this exercise, and apologize forthwith. Hopefully, I’ll be able keep up the momentum of this exercise. I think this is the 29th entry maybe? Something like that.

As a reminder… this list of 100 films comes from the Hollywood Reporter’s list that they have judged to be Hollywood’s Top 100 films of all time.

“Almost Famous” follows the story of 15-year-old William Miller, a young and aspiring music journalist who is given the opportunity to write for Rolling Stone magazine about an up-and-coming rock band called Stillwater.

The film begins with William’s mother, Elaine, allowing him to go on tour with the band as their unofficial reporter. At first, William is star-struck by the band members, but as he spends more time with them, he begins to see their flaws and the darker side of the music industry.

As the tour progresses, William’s relationship with Penny becomes complicated as he struggles to reconcile his feelings for her with his journalistic integrity. He also becomes increasingly disillusioned with the band and the industry as he witnesses their drug use, infighting, and mistreatment of fans.

Towards the end of the tour, Stillwater has a falling out, and the band breaks up on stage in front of thousands of fans. William returns home, and reflects on his experiences on tour and the people he met. He writes an article about the band and sends it to Rolling Stone.

The film ends with William’s article getting published, and him receiving a positive response from his family and friends. He also reconnects with Penny, and they exchange letters, hinting at a possible romantic future.

Soon after its release, Almost Famous was heaped upon with critical acclaim. Nominated for four Academy Awards, including Best Picture and Best Original Screenplay, and won the award for Best Original Screenplay. I think one of the reasons that the film is considered a classic is because of its portrayal of the music industry during the 1970s and its ability to capture the spirit and culture of the era. Not to mention the amazing acting by Kate Hudson. And, obviously, it had an extraordinarily strong screenplay (indicated by the Oscar in that category). A nuanced story, relatedly complex characters… basically it is a coming of age story that seems to attempt an almost ageless quality about it.

I found “Almost Famous” to be an infectiously enjoyable coming-of-age story that was coincidentally set in the world of rock music. The characters were fantastic. The friendship between Penny and William was fantastic. I particularly found the scene between Penny and William where he confronts her about the mistreatment she’s been receiving to be powerful. That this movie isn’t in my normal wheelhouse is obvious. But I do love fantastically written and drawn characters (thinking specifically of Licorice Pizza, or maybe The Before Sunrise series). But it should be mentioned that the writer-director, Cameron Crowe was actually pulling stories from his own life as a journalist earlier in his career. It’s obvious that he was writing from real experience when he crafted this movie.

While I doubt I’ll ever watch it again, I did appreciate the work and the magical spell of the characters that were weaving on the audience. I was definitely not left unaffected.

Interested in checking out the entire list so far of our walkthrough of the top 100 movies of all time so far? You can find it right here.