This movie needs to be seen.  It needs to have people back up to movie rental stores and overpay in the millions.  Checks need to be written and mailed in to the production company that ponied up and made this movie.  And then we, the viewing audience, need to formally apologize to Hollywood for getting it wrong.  Because when we get it wrong it tells the movie making industry we are dying for a sequel to Independence Day (which, they are making by the way.)  And what we really really want is more movies like this one.  And so, without further ado, this is my Side Effects Movie Review. 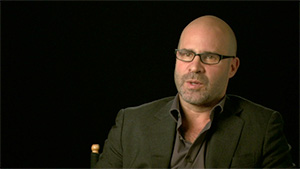 This conversation has to begin and end with Scott Burns.  Mr. Burns comes from a long Pedigree of thinking movies that you have heard of, I guarantee; think Contagion, Informant, The Bourne Ultimatum, Notes on Lying and many more.  What fascenates me most about Burns and his movie Side Effects is the fact that he spent 10 years on writing the script and originally had planned to direct the movie himself.  But nothing was moving forward.  Then when Steven Soderbergh was finally came on board it took off like a rocket.

The real genius here in Side Effects, is the writing though.  The actors are and direction is amazing, but its the script that just shines right through the screen and illuminates everything this movie touches.  Its basically because this movie is too clever for its own good that it only made $30 million at the box.  The marketing material CAN’T say too much (neither can I actually) or it will totally ruin the brilliance of the inner workings.  So it looks and feels like a pharmaceutical morality tale.  Or maybe an indictment of society and drugs.  But you just going to have to trust me on this one – that is not even close to what this movie is about.

When Burns was asked about his predilection for digging for truth Burns said, “Yeah. I’m fascinated about why people lie. I want to write a book about it, because as a writer, I make shit up for a living, and some amount of creative invention keeps us healthy and allows us to survive, but I really want to know where the impetus to bend reality towards our advantage comes from.  I always have this image of a caveman, and he’s just found a giant watering hole to the east and some other cavemen walk up to him, and they’re really thirsty and they say, “Can you tell me where the water is?” And he thinks a bit, then points to the west. [laughs] And was that the first lie that was ever told. I think the ability to deceive is a fascinating one, and it’s not uniquely human.” 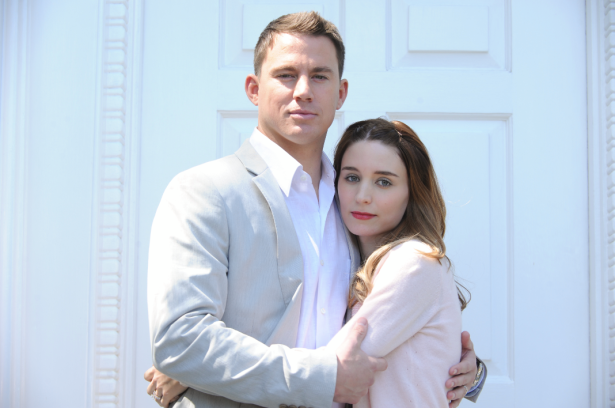 So, I am being more than a little oblique here with regard to what this movie is all about… but it really is or your own good.  Promise.  But you can be sure that this movie is about deceit, lying and the consequences.  Here is the basic framework of the story upon which everything else rests.

As the movie starts, Martin Taylor (Rooney Mara) is in prison for insider trading.  He’s been there for four years.  And while he was there his wife has been waiting patiently for his return.  Having lost everything Martin is intent on rebuilding their lives to where they were before his arrest.  As soon as he gets out though his wife is overwhelmed by it all and begins to drop into a deep depression.  After a suicide attempt she begins to see a counselor named Dr. Banks (Jude Law) and he begins to try prescriptions that might give Emily any relief whatsoever from the depression.  But nothing seems to help.  Until finally Banks speaks to an old counselor of Emily’s, Dr. Siebert (Catherine Zeta-Jones) and she helps him decide to try out a new wunderdrug called Ablixa.  Once on Ablixa things go all kinds of sideways.  Emily’s depression symptoms are relieved by the side effects that come with this success are many and varied.  And its in these side effects that the story really starts to spiral and expand for the viewing audience.

The movie itself reminded me of a pile of different similar ones.  Many of which I can’t name because I don’t want to hint at the direction it goes in the end.  But the biggest comparison that I can make is The House of Sand and Fog with Ben Kingsley and Jennifer Connelly.  Which, if you haven’t ever seen, you are missing out.  But basically Sand and Fog is a Shakespearean Tragedy with all the actors spiraling into a vortex of inevitable collision and chaos resulting from one small decision.  This movie is similar, in that everything that happens in this movie seems to come from Emily’s prescription of Ablixa. 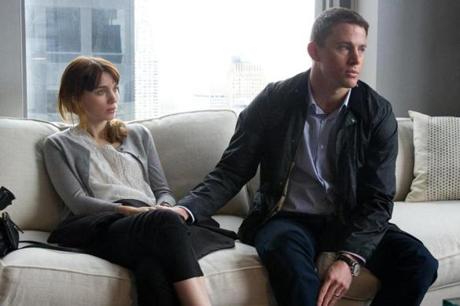 Rooney Mara’s playing the role of Emily Taylor, the truly depressed and forlorn wife absolutely ruins this movie.  And I mean that in the best possible way.  I personally think that is because of how well she sells the first half of this movie that makes so many believe that this is an anti-phrama vendetta flick.  Which, um, its not.  But because Rooney absolutely nails it in such an underrated way the hook is just so decimating when it hits.

Channing Tatum has never been more in over his head in a movie in his life.  Sure he does fine.  But being cast opposite Rooney Mara, Jude Law and Catherine Zeta-Jones doesn’t help him much.  I think he did fine playing the recently released from prison spouse who is intent on picking up the pieces.  But the role was deeper and more intense of a role than I’ve ever seen him attempt to play before and required more from him than he was able to fully plumb.  But overall he was fine in this role. 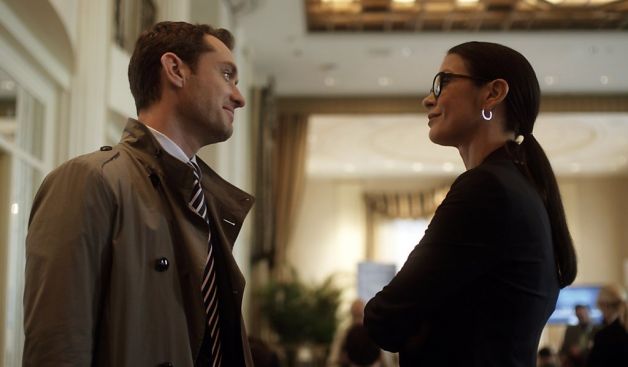 Jude Law is the real shining star in this movie.  I’ve always really enjoyed Mr. Law’s acting abilities and think he really has brought his deep range to the table as the necessary counterpoint to Rooney’s role.  It is Dr. Banks that plays the other key position of trying to figure out what has gone so terribly wrong in this story.  And Mr. Law does a really good job as an aspiring therapist only wanting to do the right thing by his patients and his family even when it goes badly wrong.

Catherine Zeta-Jones plays the previous therapist, Dr. Siebert, from back when Martin first went to prison.  We get a sense that it was Siebert who had helped Emily get a handle on her depression once before.  And that maybe with the right drug there could be hope yet again for Emily.  Jones’ role is a fairly small one in this movie but it is none the less critical.

Side Effects is a broodingly clever movie.  Its an onion that is constantly getting unpeeled layer after layer.  The tone is fairly dark as it deals a lot with depression and the outcomes of a tragedy gone horribly wrong.  And yet, it is also so much more.  And the only way you can experience the “so much more” is if you see it.  I’ve read a number of reviews around the web and everyone has done such a good job staying away from the deeper truth that I think this movie is going to remain in obscurity.  Maybe what I need to do is to write a blog post discussing the 10 most underrated movies of all time.  Side Effects would definitely make the list.  Along with other movies like Martha Marcy May Marlene, Bad Influence, Nuevas Reinas, Limitless, Moon, etc etc etc.  This movie caught me completely off guard and I enjoyed it all the more because of it.  Great movie.