When Robbed What Would You Do?

I’ve never been robbed.  I’ve had a lot of other crazy stuff happen in my life.  Like almost getting hit by who passed out while huffing.  Almost run over by two different old people in two different cars in the span of about 60 seconds.  (That’s an awesome story by the way.  Maybe another day.)  I’ve experienced all manner of craziness.  But I have never been robbed.  But I have considered it.

I have three children, and occasionally after being put to bed they will come downstairs and ask to be reassured that there aren’t any Mayas in their closet (another story for another day.) Or that there aren’t polar bears under their bed.  (I kid you not, both the Maya thing and the polar bear thing happened in the last week.  HOW, I ask you, HOW does a polar bear even fit under a bed?  Even an imaginary polar bear can’t fit under a bed.  I promise.  It won’t work.  But wow, I’ve digressed.) And it is in those moments when I am reassuring them that they are safe, that I will protect them, that I wonder… what exactly would I do?

That’s why I love this video.  When Rob Norman was robbed, he considered fighting, and running… but ultimately he chose to do neither.  I have friends – very good friends, that may actually even read this, Hey! – who own guns.  They say that they would get their gun and finish it.  Right?  Me?  I love guns.  I considered becoming a Constitutional Lawyer for a couple of years in college (I was pre-law for a bit) and I thought it would be super cool to argue for gun rights before the Supreme Court.  But when it comes right down to it – no one is bringing a gun into my house.  Not even the robbers.  I’ll get to that in a second.  So I’ve chosen that the statistics are way way too high of accidental shooting when a gun is purchased and brought into the house.

The only way I figure a gun is safe in the house is if its in a vault, with no bullets in it, etc etc.  But my friends say, that means its pointless!  You can’t protect your family from robbers when the gun is in a vault and the bullets are elsewhere!  No?  I have personally decided that when I reassure my children I have a plan… and that plan is this.  When a robber walks into my house, I will go and talk to them.  I will tell them that they have just found a very nice house, with lots of nice stuff in it… and that they can have all of it.  That they should back their truck up to the front door – and I will help them move anything and everything they want into the truck.  But if they go anywhere near my wife or my children, they will find that I will kill them both.  Don’t know how.  Don’t know when.  But an unholy terror will seize them if they choose that path.  But I’m the happiest moving crew in the world if all they want is my stuff.  They can have it all.  My entertainment center.  My 17 inch macbook pro.  All our heirlooms.  My fridge.  Our cars.  Watch out, ’cause the clutch sticks a bit on that one.  Whatever.  Oh, and that fridge probably could use a servicing… seems to be low on refrigerant.  But regardless, its all yours.  Have a nice day!

In a world of Die Hard and Terminators… that’s not a very popular opinion I’m sure.  But this is me not really caring what you, or Hollywood think of me.  This is me saying, your stuff doesn’t matter.  And if someone wants your stuff… then give them your stuff.  Just let it go.  ‘Cause seriously?  You can buy more stuff.  So that is why I love this video.  It took me a while to come to this place.  I really do have a mean streak.  An irrational streak… and my claw your eyeballs out instinct is pretty full tilt when it needs to be… so I always assumed that I’d defend my family and the perimeter of our house to the nth.  But you know what?  Its just stuff and it doesn’t matter.  Obviously if your family is in jeopardy – release the hounds.  Right?  Totally.  But if the robbers are sane enough to talk to… I will convince them I am an amazing one man moving crew and I will shake their hands right before they drive off.

And then I will memorize their license plate as they drive off. 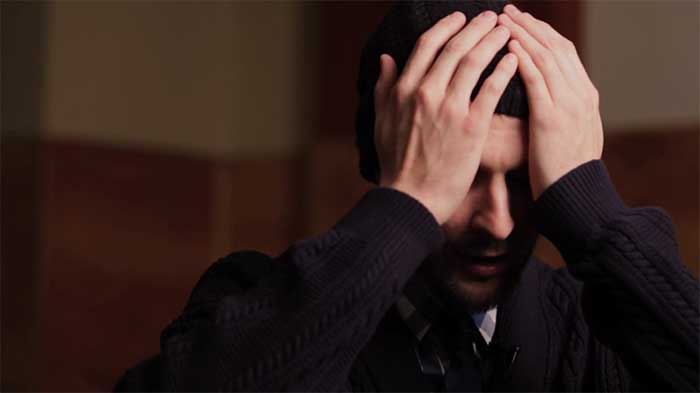