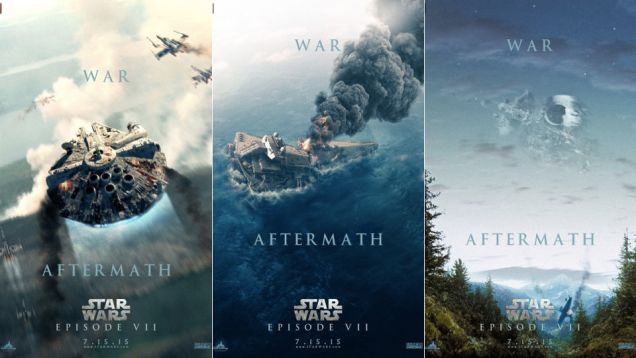 Ok. So I have a ton of pent up angst around the new Star Wars movies. If you don’t know, I’m a huge Star Wars fan. Huge huge. For Episode I-III I sat in line hundreds of hours for tickets and seats. I also had a blast hanging out in line in advance for the re-release of the originals as well.

But when it comes to Star Wars Episodes VII-IX I am betwixt and between. We have a good director. J.J. Abrams is a great writer and director, but the fact that he has been sullied by Star Trek makes me more than a little worried.  But then again, as a Star Wars fan I really enjoyed his Star Trek movies, except that they kept shoving Star Trek characters into them.  It felt way more Star Warsy, than it did Star Treky.  Just saying.  Regardless, I have been a little unsure about this whole new age of Star Wars coming our way.

That was, until I saw this Awesome Millennium Falcon Awesomeness