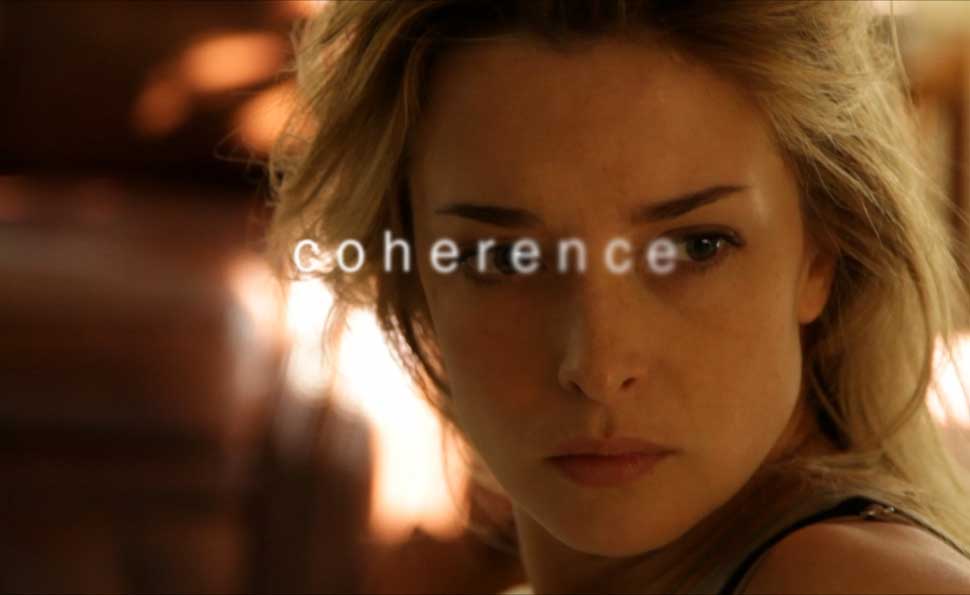 In Praise of Coherence or Decoherence

Taylor Holmes
cinema
September 21, 2014
Coherence is one of the most frequently recommended movies on this site - it goes without saying it is one of the best indie film mind jobs ever made. It is definitely in the same league as Shane Carruth's Primer. IMDB
Screenplay
Mindjobness
Acting
Director
Action
Reader Rating5 Votes
4.6

Today I’m kicking off a new weekly feature here at THiNC. Look, there are so many fantastic Indie Mind Job movies here to be discovered. And it’s just so hard to get all of them the time and emphasis that they are due. So, once a week, I will bring you a new THiNC. Flash ʞƆ∀q movie for your consideration. If you want to find them all, you can find them here. Keep in mind this is the first one… so there is that. But I’ve already got the next year planned out! So exciting. Can’t wait for you to see them all. But for now – I can’t recommend Coherence enough. It’s possibly the best movie I’ve ever reviewed here at THiNC. In Praise of Coherence or Decoherence

It is truly rare – no, actually, this never, ever happens, now that I think about it – that movies are compared to Primer. Maybe if its a time travel movie the review will make reference to the greatest time travel movie ever. But generally speaking no one in their right mind compares a movie to anything Shane Carruth has crafted. It just isn’t smart.  Everyone comes out more worse for the wear.  But here’s where that whole tendency changes. Because right here, in our laps, really is a movie that we have got to investigate.

I found out about Coherence by accident.  It was in a random list of movies that people were dissing because it was a talkie.  Which immediately perked my ears up. Mainly because they list was created by nerds that just want stuff to blow up.  And then to hear them say that its just a talking head movie probably meant that it was worth investigating.  So I dug a little bit and found out that it was an experimental movie that was highly intellectual, and based on the premise of Schrodinger’s Cat. Ok, now I’m really interested because who doesn’t love a movie based on a paradox? And then the thing just pushed me over the edge was what I mentioned above, the fact that pretty much everyone reviewing the movie was comparing it to Primer.

At first as I was watching the movie I was most intrigued by the flow and cadence of the conversation and the script.  It was really unlike anything I had ever seen before. Then as the cats began to show themselves I was more intrigued by the man behind the curtain and where he was going with all of this.  And the next thing I knew, I had a whole house full of roulette wheels spinning out a veritable plethora of cats this way and that.  So, my mind went into overdrive trying to understand the ins and outs of  this movie and just how could it be that such a good movie could be hitting the market without any sort of noise or fanfare?

The Creation of Coherence

An individual by the name of Ward Byrkit was the think tank behind this particular movie.  I tell you his name because he basically has zero film credits on his resume. He’s spent time working for Gore Verbinski in the art department. He also did a voice in Rango.  But besides that he is a Hollywood outsider.  So Ward is sitting in the art department and he’s thinking… hrm.  “I wonder what would happen if I created a movie without a crew… and without a script.” Literally. (So literally, I just quoted him.)  Oh, and by the way, not only that, but he wondered if he could also shoot the movie for free?

The next logical step for Byrkit was to connect with a few people he’d worked with before and then reach out to a few actors.  Byrkit then wrote character cards on 3×5’s that he handed out to each of the characters.  And then he let it rip.  The actors knew so little about what was going to happen as far as plot and dialogue, that Byrkit had to say to them all, “Look, no matter what happens, just keep going… trust me, you will not be hurt.  I will not let you get injured.  Just keep going.”  Hahaha!  Wouldn’t that wig you out completely?  I would be wound as tight as a drum with that kind of a prompt.  It apparently worked so well, that there was a surprising knock at the door… wait, just check this out.  This is just a small snippet of an interview out at Fantastic Fest that I highly recommend reading in full:

James Ward Byrkit: Do you remember the first night we did it? The test night when you really didn’t know there was going to be the knock on the door.

Emily Baldoni: Oh my gosh, all my screams are real in this movie. Yeah, I do remember that. I screamed out loud because my back is towards the door and we’re just talking and we just have some notes on what to talk about and we’re doing our thing. Then all of a sudden there’s that knock on the door and I remember just being terrified.

James Ward Byrkit: And they didn’t know the lights were going to go out. They didn’t know any of that was going to happen. All they knew is I said, “Trust me. Even if it gets tense, you just have to trust me. I’m not going to do anything that hurts you.” I didn’t want a rebellion, so I was nervous how they were going to respond to it because it got very, very, very tense when the lights go out.

Emily Baldoni: It did.

James Ward Byrkit: And then very tense when Amir left you guys alone, and then the knocks came and I could not believe how much people freaked out at that.

The Plot – Well, there’s a… and a… Let me come in again. So these people.  In this place.  Are like, totally… and then the other people are like… woah… and stuff.

Everything’s a spoiler in this movie.

Alright, let me try one last time.  As the movie opens, there are eight friends who have gathered for a dinner party of some sort. Occasionally a reference is made to a comet and that its having weird effects on things.  These comments are shrugged off as we meet the characters.  The main character is Em (Emily Foxler), who is way way more concerned about the fact that Laurie (Lauren Maher – noticing a thing with the names yet?) is at this party then anything else because Laurie was Kevin’s (Maury Sterling) ex-girlfriend.  Beth (Elizabeth Gracen) is constantly on about the feng shui of the house and this door that leads to absolutely nowhere.  While Mike (Nicholas Brendon) is an ex lead actor for the show Roswell (fictionally, because in real life he was an actor for the show Buffy The Vampire Slayer).  But Laurie doesn’t recognize him at all… even though she was a total fan of the show.

You get the idea.  So, even though the movie lacked a script, there was an overarching plot that Byrkit had cleverly created before hand.  The actors weren’t apprised of it.  But he definitely was the puppet master leading these characters on this journey.  In Byrkit’s own home no less.  But Byrkit wanted to make the movie and his home seem bigger than it really was so he came up with a “Twilight Zone” style of a movie idea and then everything poured out from there.

I have made a pretty big deal about dialogue here on my blog.  Nothing is more important to me than a truly great bit of dialogue.  Two people walking along the Seine?  Meh.  Two people walking along the Seine with brilliant dialogue?  Count me in!  I’ve even gone so far as to count out a few really great dialogue movies for you to consider the next time you are staring at Amazon, and you are trying to decide what to stream.  Byrkit couldn’t agree with me more apparently because he took the script, and burnt it.  Then he let the actors stumble a bit, and run in circles a bit.  In a word he let them converse.  For real.  And it shows.  Because it is brilliant.  And yet the editor (Lance Pereira) never allowed them to look stupid or like they are flailing even for a minute.  In fact, this is one of the tightest, well honed plots in recent memory.

This is my kind of a movie.  Which basically means its probably your kind of movie.  Its smart.  Its driven.  Its very very tight in its idea and execution.  The acting was a completely different level of authenticity because it wasn’t a Hollywood formula.  And ultimately it was the premise… the cats, that really send this move over the edge for me.  This is an amazing movie.  There wasn’t anything here not to like.

And yet, I’ve seen many people calling it out as a talkie.  So maybe I’m rare.  Except that Rotten Tomatoes is giving it a whopping 84%.  But to garner an 84% on a budget that was less than a used Prius for the initial shoot?  Unbelievable.  Which basically means that Byrkit is going to be a force to be reckoned with for a long time coming.  I’m pretty excited anyway.  Watch out for the coming of my spoiler laden walk through of this evanescent movie.  That is going to be a good time.