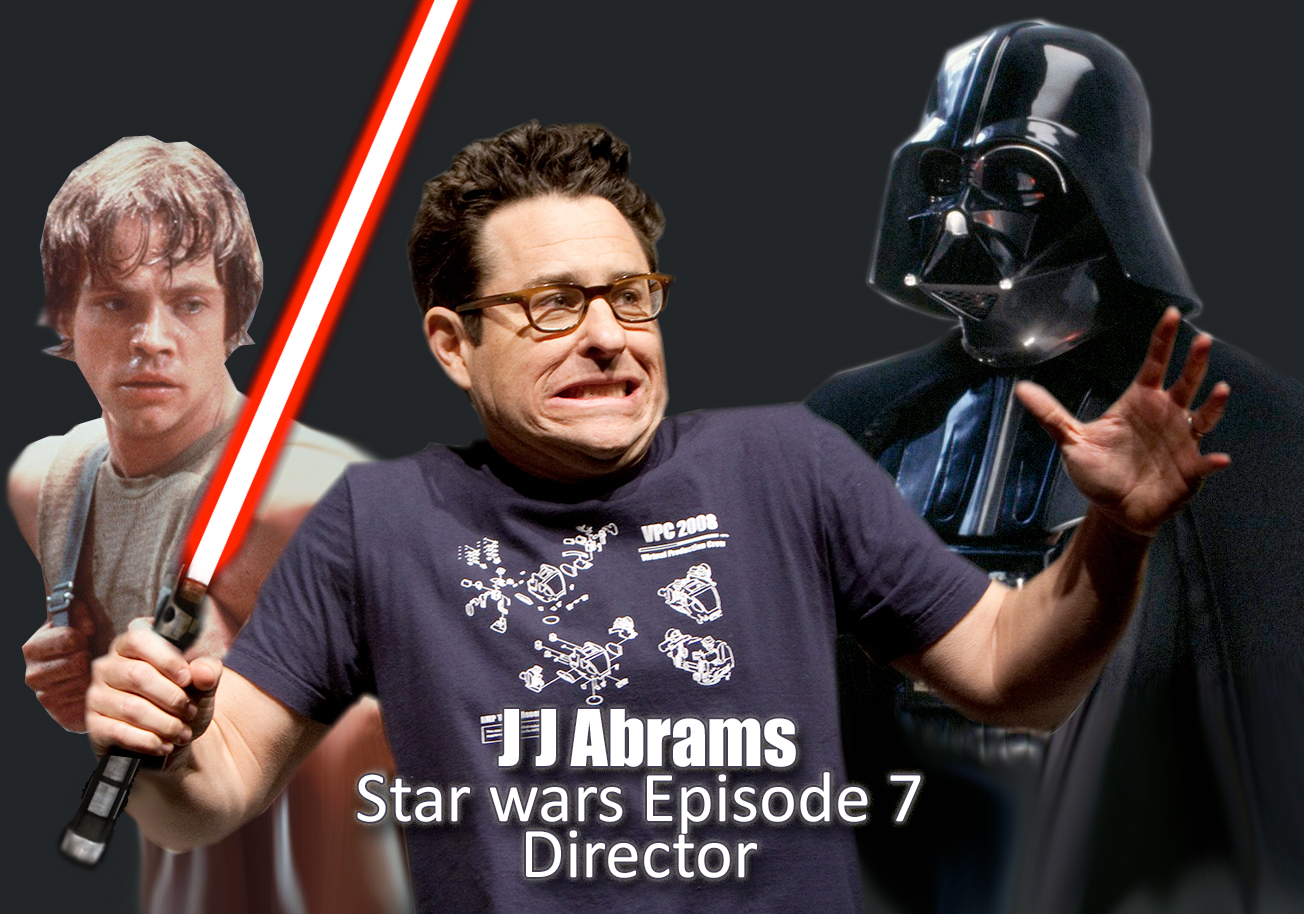 Well, Hollywood just blew up with the news that J J Abrams new director for Star Wars.  Oh, did I mention that this particular Disney movie will have a different stripe of princess from all the rest of the other Disney movies? J J will be directing Princess Leia… Or Queen Leia… Or Princess Leia’s kids… Or something like that. Star Wars has its latest director and he is Abrams.

I heard this news exactly 27 minutes ago (as of this typing) and already my emotions have run the gamut on this one. At first I was elated. Cloverfield anyone?! Oh my gosh that was an innovative movie. Handheld cams (which many derided – I loved) and first person global monster war brilliance. I began to envision Abrams doing a Cloverfield-esque version of a Star Wars sequel. (If you’ve forgotten what a sequel is – its the thing that comes after a prequel… I know, I had to look it up to remind myself.) I saw a massive Jedi Godzilla hunt to rival all battles with as a feint and distraction to cover for the impending galaxy overthrow by the Jawas. Brilliance! Or maybe not.

And then I remembered that Abrams was the man that did the last two Star Trek movies. Now I have nothing against Star Trek – or their fans. Except that they exist. But otherwise I think they are both fine. But I did see the most recent Star Trek – sad but true. It was Abrams that got me into the theaters to see it. And What did I think? I thought it was a great Star Wars movie minus that annoying Spock guy running around here and there. Oh and that Captain Kirk guy – why were they in a Star Wars movie again? Remind me. But otherwise the latest Star Trek movie was fine.

Or better yet – instead of using the Old Republic as your base story line – what about the Force Unleashed 1, 2 & 3?  What a great story arc that is!  If you are unfamiliar, check this out:

But is the writing the Director’s fault? No. But he is responsible for it. And from what I’m hearing, Disney purchased several rough drafts for future Star Wars movies from Lucas when they purchased Lucas Films. And that worries me. I personally think they should take the first Zahn novels and run them as is. I could even do the screen play on those books the conversion would be so easy. But I am more than a little worried we’ll get another – “Annie Annie are you ok?!” line if we let any remnant of George remain. Let him keep his kajillion dollars and we’ll have the Star Wars franchise to nurture and care for… And bring back to life. Just saying.

What are your thoughts? Is Abrams a slam dunk?