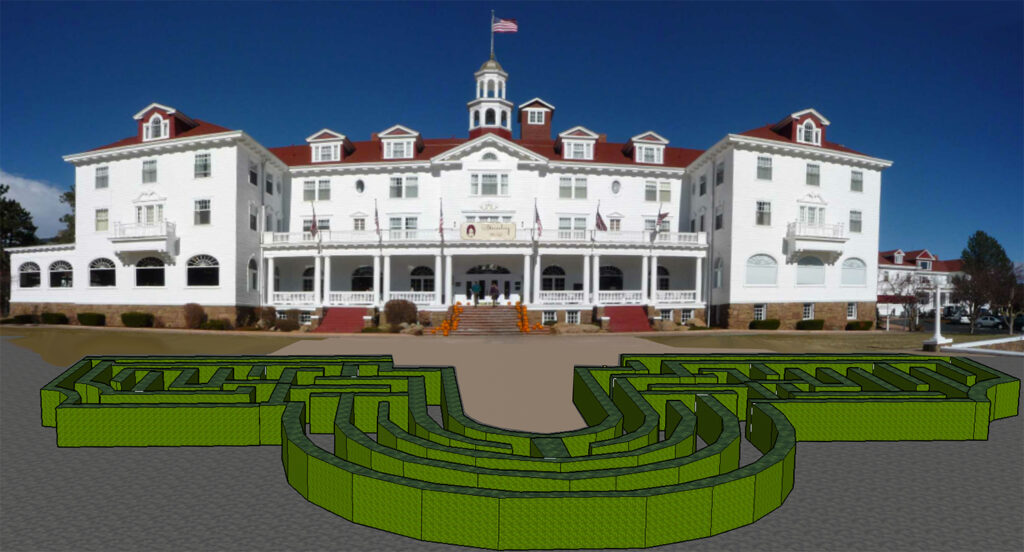 The Shining Hedgerow Maze Competition at the Stanley

I’ve been saying for years, and years, that the scariest, and one of the best books of all time is definitely The Shining.  And the movie, with Jack Nicholson is a serious cult classic.  Just a phenomenal movie.  Definitely two amazing heavyweights in the world of books and movies. Redrum, Redrum. I still remember where I was when I read that book for the first time. The ghost twins in the hallway. The axe. The hedgerow maze.

It is well known that Stephen King got the idea for the book when visiting The Stanley Hotel in Estes Park Colorado. Surrounded by the gorgeous peaks of the Colorado Rockies, its no wonder that a book idea about a hotel that is closed for the winter came to him there. So when The Stanley Hotel decided they were going to create a competition to create a hedgerow maze out front of the hotel I got all kinds of excited. Mainly because I can’t wait to visit and experience the maze myself when it is completed April 30th, 2015. The current owners are celebrating 20 years of ownership and want to do it in style apparently! I can’t think of a better way to do it than with an homage to the book and the movie. 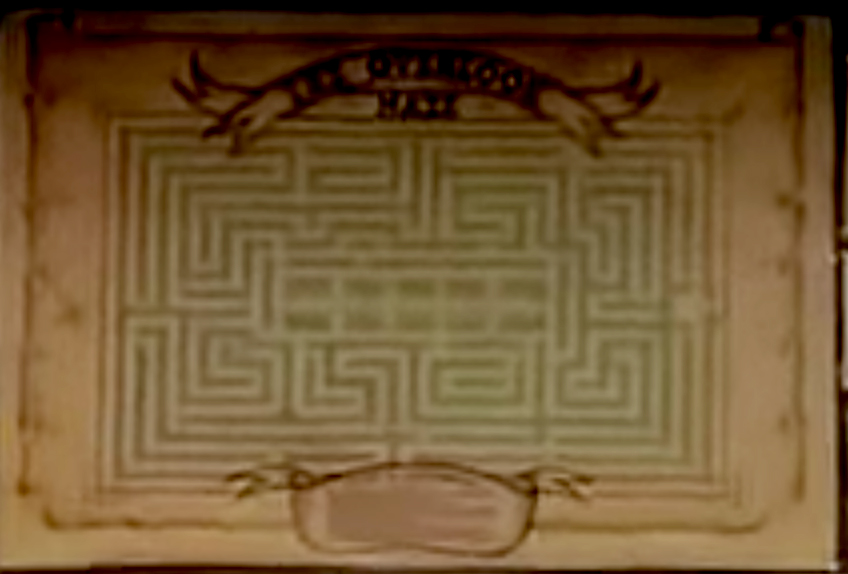 When I decided to enter the competition, I figured, I should remember what the movie’s maze looked like, just for reference.  And I pulled this photo from the movie.  Obviously that design wasn’t going to work for the real Stanley maze because the space allotted for the maze is completely different.  But it was fascinating to review, and see if I could solve the maze that was created in the movie.

When I did mine, I tried to make it as difficult as possible in the space allowed.  Which there wasn’t a whole lot available.  But the reason for making it more difficult than symbolic was simply because that is how the books worked, as was the movie’s.  The maze became a monster to itself… the house was a monster unto itself.  A character actually.  And so to be realistic, or representative anyway, it needed to be as complicated as physically possible.  So after much dithering and pontification… here is the design I chose to submit to The Stanley. 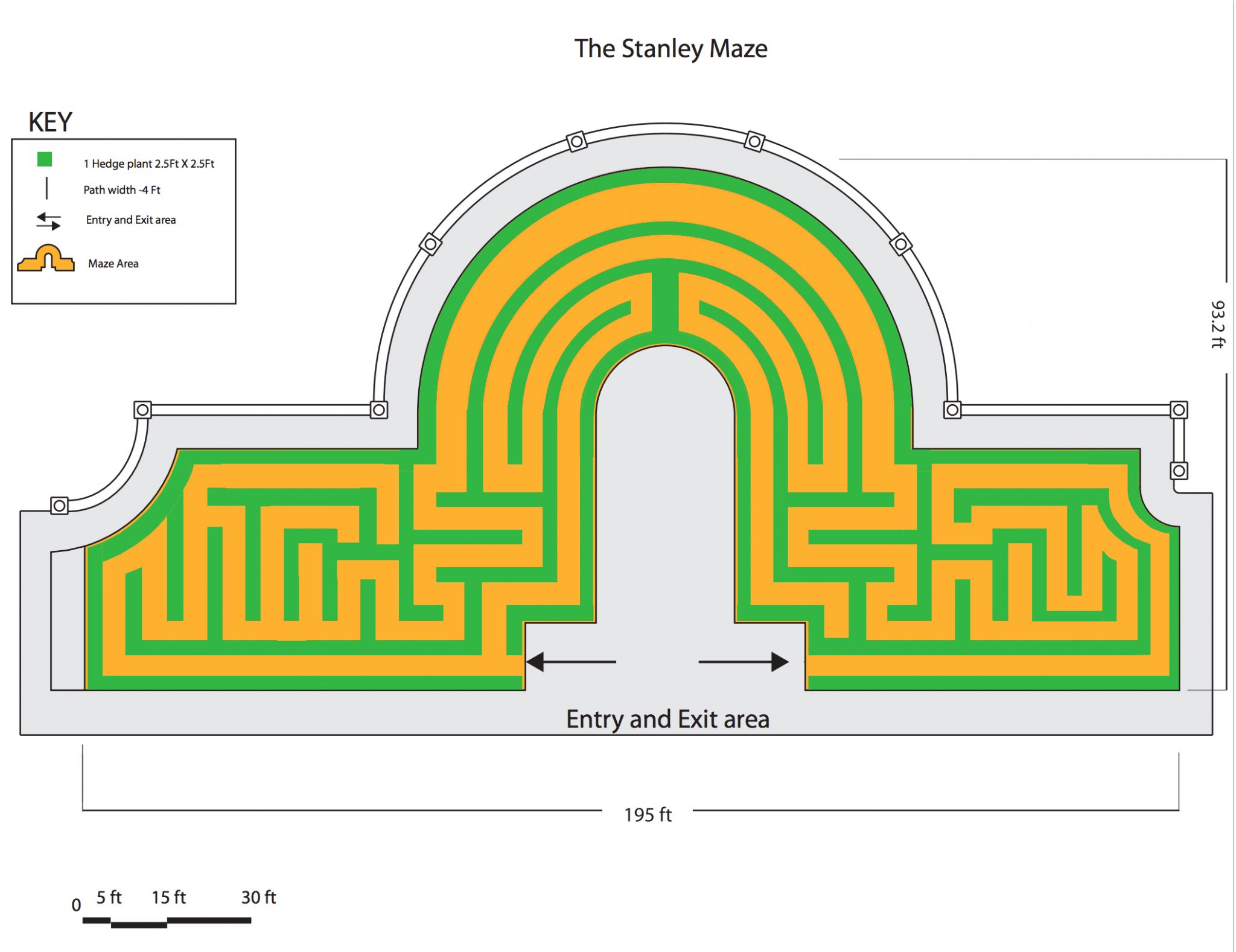 You can see by the space allowed, there isn’t a ton of room to work with.  But even so I tried my best to give the best ride possible.  It will be interesting to see what the winning design looks like, and whether they went towards a more decorative style, or complicated.  The CAD render is one I made of my maze.  I was curious if I could create a video running through the maze.  Totally did it, but it was a little choppy.  Still working on cleaning it up, and maybe I’ll post it after.  Google Sketchup is pretty sweet.  Either way it was a fun competition to partake in.  If you are interested in the rules and the competition detils you can find them all here.  Oh wow.  I barely made it in time apparently.  Didn’t realize the deadline was so soon!  Sorry everyone.