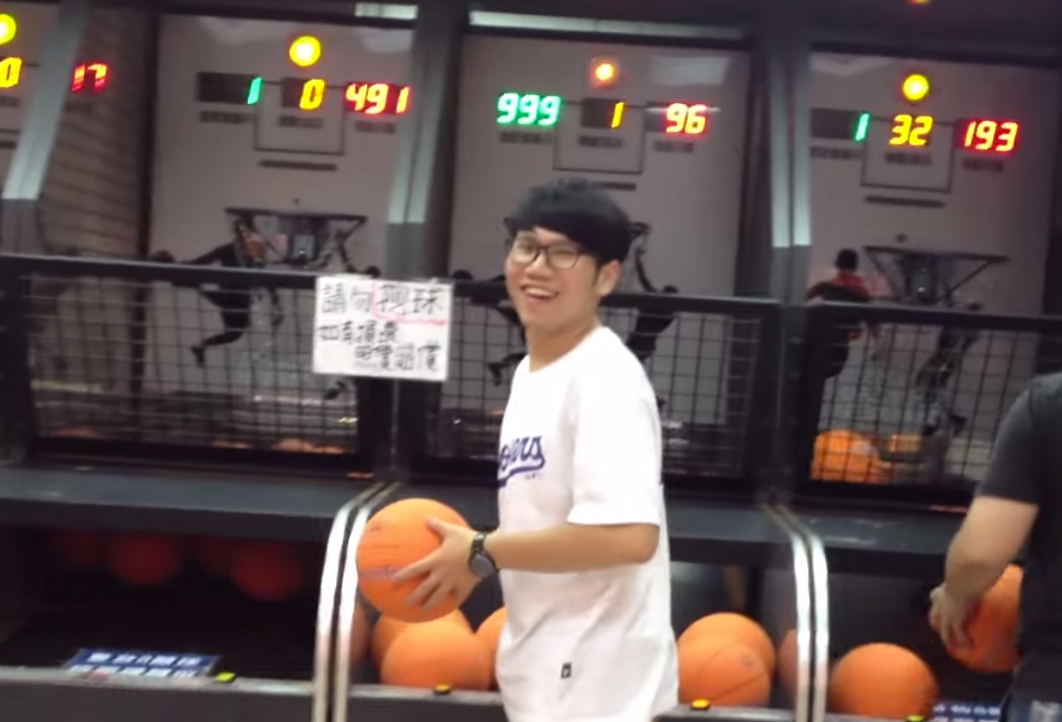 Greatest Display of Athleticism Since Jordan

On a good day I would score in the 80’s and low 90’s for a single game. We even had a pop-a-shot trophy that we’d give out we got that into it. But I have got to say, in all my days of watching people play for hours and hours and hours… I have never, not even close, seen anything like this in my life. This is the craziest thing ever. Like ever. Jordan, tongue out, flying through the air? Nothing on this guy. Lebron? Zilch. Who is this guy?! I totally want his autograph! Someone please figure out how to get me his contact information! I’m dying to me this ambidextrous wonder. He’s a demi-god at pop-a-shot. Just amazing!