Everbright is a Lite Bright For Uber Geeks 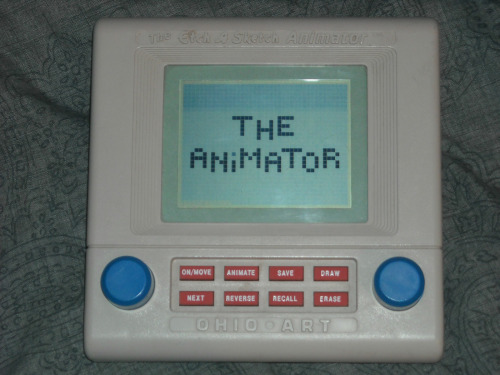 I dig etch-a-sketches. And Lite Brights for that matter. I even had an Etch A Sketch Animator 2000. I was so big into animation, and stop-motion, that I spent something like $200 bucks for one of these things.

As I started into Middle School I bought a super 8 movie camera and started trying my hand at stop motion films. They were pretty crude, but were fully story boarded and completely planned and organized. I even did an art project for school with my animation setup. It was pretty funny, because my art teacher at the time was pretty candid, and a little overly inspired by my reach. “Look, you don’t need to stress, you’ve already got an A, just in your attempt.” he told me one particularly bad day.

But from a Geek standpoint, there is all kinds of love in this space. The nexus of design, and schematics, and the tools is awesome. Today, there are a ton of iPhone apps that let you do stop animation that I have had fun playing with over the past few years. Like iMotion or a million others. I even remember fiddling with the idea of animating a Lite Bright, because I could. Don’t think the results were particularly intriguing. But I remember doing it all the same.