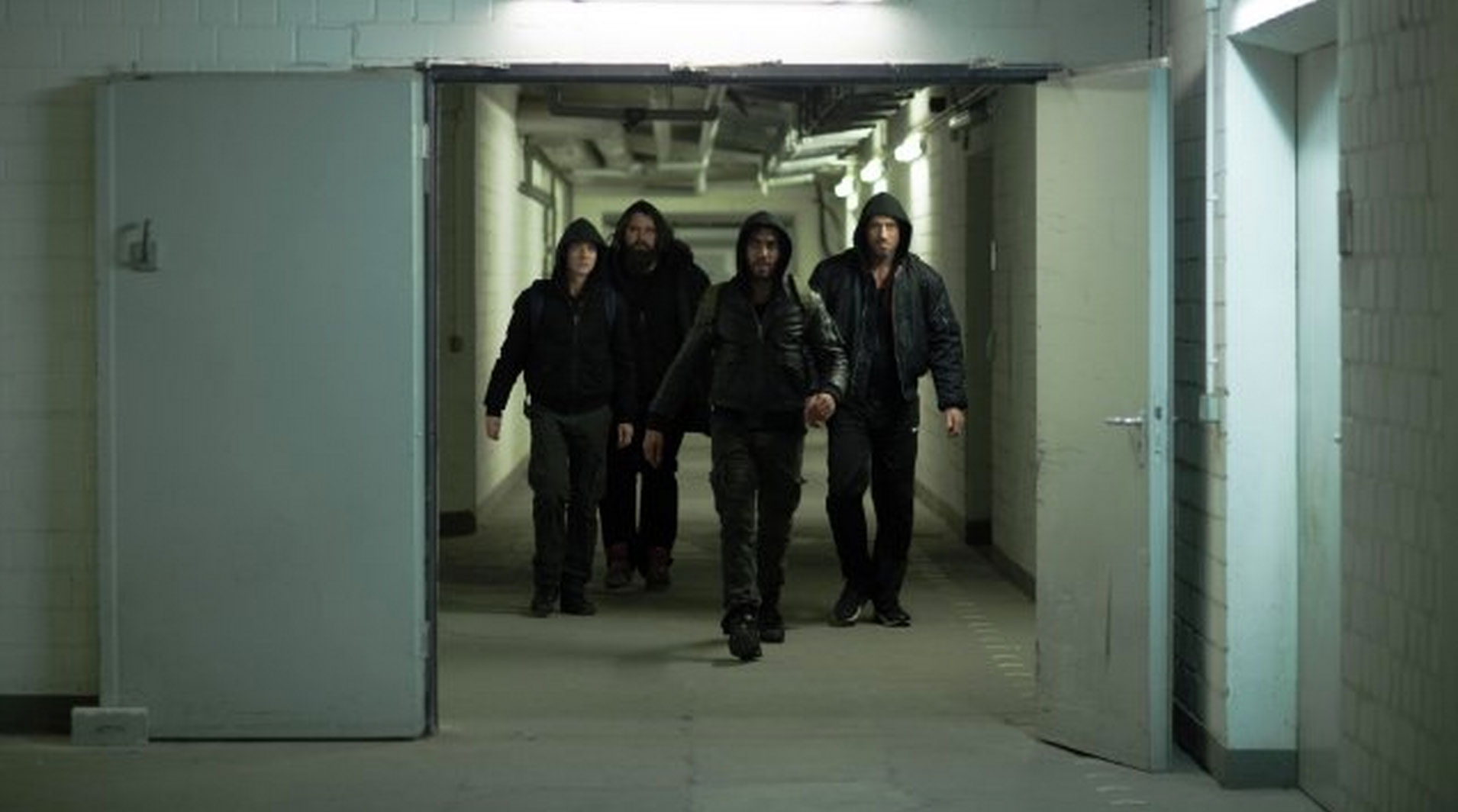 Could Who Am I Be The Greatest Hacking Movie Ever

Taylor Holmes
featured
August 21, 2015
Who Am I is a fun, inside out hacking flick that I thought was pretty good at depicting the intricacies of the worlds of Anonymous and other hacking organizations. IMDB
Writing
85
Cinematography
80
Character
60
Dialogue
70
Spectacle
90
Reader Rating22 Votes
86
77 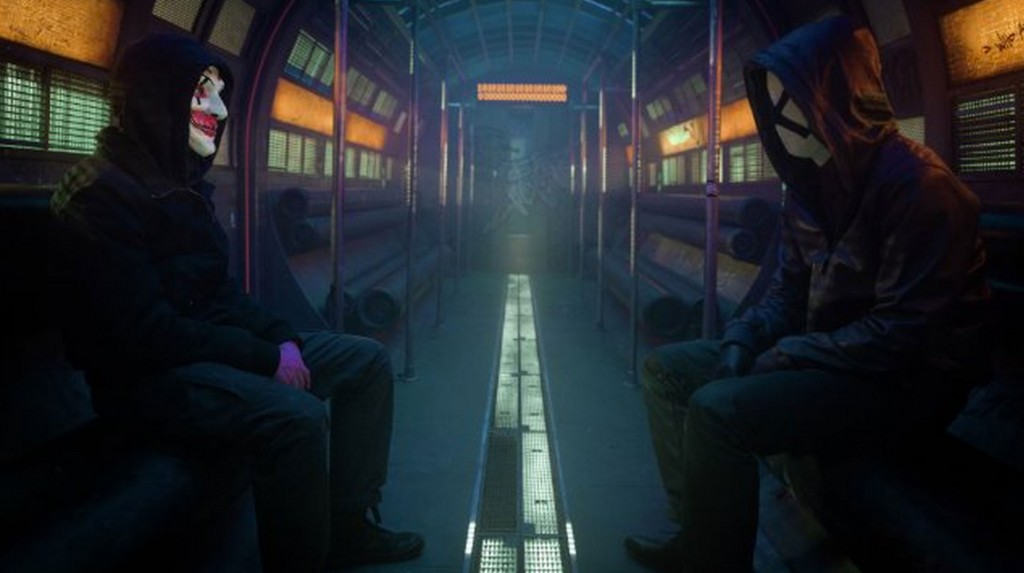 Could Who Am I Be The Greatest Hacking Movie Ever

Sometimes your gut is right. Sometimes you see things and just know that its going to be a great ride. That’s exactly how I felt when I saw the trailer for the German movie “Who Am I: No System is Safe”. And I’m betting you’ll feel the same way. Here, watch the trailer and then we can continue from there.

And our hunch bears out swimmingly because the film has made over $11 million in its fourth week at the box office. And apparently the production cost was somewhere in the ballpark of $6 million dollars. And as a result of Baran bo Odar’s hit Warner Brothers have purchased the rights to remake the movie in English. And the purchase by Warner Brothers is justified in that Odar’s flick is really that good.

At first glance its sort of 1 part Swordfish, 1 part True Lies, 1 part Hackers? Which would be a pretty fun little movie, especially for the German cinema which isn’t exactly known for its blockbusters. But what if I were to tell you that’d be an incorrect assessment? What if I told you it was more like equal parts Mr. Robot, Usual Suspects, and Fight Club instead? Wait, what? hahah. Who Am I: No System Is Safe (or the German title if you prefer – “Who Am I – Kein System ist Sicher”) isn’t just a hacker movie, there is so much more going on here, wrapped in a hacking theme.

Who Am I – Overview

Who Am I is setup as an interview between Benjamin, who is apparently a hacker that has been caught by Europol investigator Hanne Lindberg. Or maybe Benjamin is running for his life from a Russian hacking group that has sussed out his identity and murdered the rest of his hacking crew? Or maybe Benjamin has other plans that we don’t quite understand yet?

Through this interview we learn about the beginnings of Benjamin’s hacking exploits as well as his integration into a group of hackers that come to be known as CLAY. And CLAY’s number one priority? Simple, to get the attention of the world’s greatest hacker group MRX, and to be seen as a legit force to be reckoned with.

Where the movie has its most significant departure from other movies, or even other hacker movies, is the way in which these subversive groups communication is depicted. We see people with masks on, interacting on dimly lit subway cars. This stand in for IRC windows is a brilliant departure because it carries an intensity that can’t be communicated with typed out comments in lamely visualized software interfaces. Sometimes we see text boxes appear next to their masks, and other times they just talk back and forth as if they were in the same location. All of it carries a very real and intense feel to it that is often missed in the normal hacker movies. I really liked the stylistic choices made here by the production team.

Another fascinating deviation for hacking movies is that most of the hacking has a physical, real world corollary.  Most of the movie isn’t spent behind screens, or down in the dirt of the 1’s and 0’s on the internet. The movie has our CLAY heroes dumpster diving for email addresses and scamming for keycard access so that the team can physically breach the network by breaking in. This gives the movie a bit of a Mission Impossible feel to it. (Just a bit.) And definitely makes the movie much more interesting than the alternative (which is what we saw in Blackhat – though I enjoyed that movie, it would have been much better if it’d followed more of a “Who Am I” approach.

I personally found the dialogue between Benjamin and Hannah to be intriguing mainly because of the obvious flaws in Hannah’s character (she is cold and has been released from the team for her performance failings). Benjamin isn’t the most charismatic of characters, and yet, brings gravitas because he sells the hacker mindset very well for that very reason. The give and take gives us a hint at where the story is going, but we really don’t know how or why the team is killed or how Benjamin ends up in front of Hannah. Which is fascinating in and of itself and carries enough question marks to it that we are dragged along by the story. Its a very compelling setup and storytelling technique.

So the storytelling is well played, but the conflict and point-counterpoint between Hannah and Benjamin is where all the magic should be. But we only realize this at the conclusion of the pyrotechnics. This could be easily amped up to a whole ‘nother level when revisualized by WB simply enough by casting a little stronger actors in these two spots. But Hollywood is notorious for overcasting for parts that need a more nuanced role. Take for example Chris Hemsworth’s casting as a hacker in “Blackhat”. He does ok, but, really? Thor? As a hacker? Seriously? Jesse Eisenberg I get. Or better yet, Mr. Robot’s Rami Malek.

Who Am I – The Conclusion

Most of the magic here is how the movie wraps up. Instead of a single AHA!, ‘Who Am I’ brings you 2 AHA moments that double back on itself. The movie’s reveal (reveals) are truly well played. I can easily poke a hole or two into the overlapping nature of the ending, but this reviewer will not quibble at all about the ending. I was very pleasantly surprised by the direction of the ending and think it was a very satisfying play by Odar and his co-writer.

But I’ll be honest, I am seriously doubting that Warner Brothers will pull this movie remake off very well. Odar has already given us a blockbuster worth watching. I had to go through all kinds of highjinks in order to see this movie. Trust me, it wasn’t easy to find. I would have paid, and will pay, $10 to see this on a big screen. And I think Odar is missing a huge market potential. Unless as part of the rights that he sold to WB was an agreement to not release the film to American audiences in German. Which, I can see as eroding the WB potential for their remake. But still!

Anyway, Who Am I is an amazing movie that was worth figuring out how to watch. I enjoyed every minute of it and am intrigued to see how the remake fares. But if you have an opportunity to get to a German theater to see this film do so. It is really a fantastic flick. And American audiences will really enjoy. I for one can’t wait to get my hands on this movie in one form another officially. If any of you know any of the members of the Who Am I team, I’d be forever in your debt if you were able to obtain on official copy on my behalf! Regardless, do what you have to do to see this movie. It’ll be worth it, I promise.