Interview with Strings Short Film Creator Jimmy Loweree
Man have we had a run of awesome short films funneling through here of late. We’ve seen some great short movies and interviews with the creators of the likes of No-A, Orphyr, and probably the most similar of the bunch being Rotor. All fun movies. But today I have a movie crafted and refined like a fine wine that goes down smoothly, but has a sudden kick in the gut for a finish. Its a glorious little film. Strings is definitely begging for more expansion and more definition. 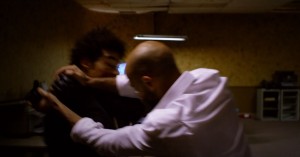 THinc. – Hey there Jimmy, thanks for doing this interview with us here. I’ve just discovered Absence, and now have it in my prime queue to watch the moment I have 90 uninterrupted minutes to watch (probably will have watched it by the time I post our interview, and will talk about it and then link everyone to it) was Strings a chance to do something new and innovative after doing such a big production effort?

Jimmy – Yeah! It’s a completely different type of project, in nearly every way, so it was super fun. Trying a new type of filmmaking and pushing a bit was great and it was a wonderful learning experience.

THinc. – Seems like it. Definitely appears that you were having fun making Strings. What do you like about short films that their longer counterparts don’t do for you? 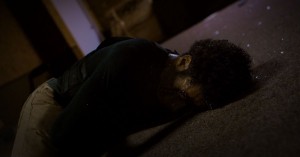 Jimmy – It’s a chance to test something out and really try to experiment without the risk of doing it with a feature. Also I think it’s a sign of a good story teller, if they can figure out a way to tell a good, well executed story with minimal time and resources it’s impressive to me.

THinc. – Definitely feels like story and idea are king in shorter films. To that end, where did the idea for Strings come from? I personally expected Her (Georgia King) to play a larger role, until I saw her part in the end and it blew my mind. Did the idea start at the end and then work backwards?

Jimmy – Yeah, kind of exactly what you said. For me the story was always about Her, she was the first little idea I had and I was fascinated by a girl who was so powerful that she needed to be sedated. The action element was something that I felt could be used well with this device, but she was always the inspiration and I’d love to explore more about her and what she can do. 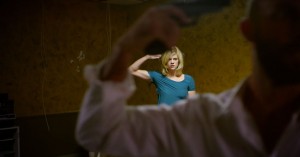 THinc. – Seriously! I would love to hear more about why she is sedated – I mean, beyond the whole gun to the head business. She definitely is a force to be reckoned with. Looking through the credits for Strings, there are a TON of people involved. How did you go about getting this film made? Ie, how did you finance it (kickstart, self funded)? How did you sell the crew on the idea? Etc.

Jimmy – When you’re making things in then indie space you need a lot of favors and that’s really what we had to do. It was a lot of hustle and working with what resources we had – but basically having amazing and talented friends who you can lean on to pull it off is what was needed for this. We shot over two days but spent a lot more time with fight choreo and rehearsals, of course, so we were pretty well prepared, even if the days were quite hectic.

THinc. – After doing Absence and now Strings, what do you hope to do next? I know from your unbundledunderground page that you guys do a ton of different types of work. But I was curious what your hopes were… if you had anything in the hopper already, or ideas percolating? 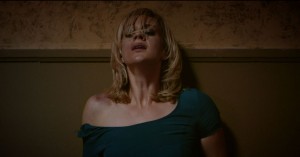 Jimmy – Yeah! I have a couple things I’d like to get off the ground and am definitely working to get a feature version of STRINGS rolling. I’m developing that out right now and will hopefully have some more news on it soon.