Tenderloin Stories and Ana
Two years ago, I attended Dreamforce – the world’s largest software conference at 150,000 people – but I was added to the attendees list at the last minute. So, what happens when you book a room at the world’s largest conference, days before it opens? Well, apparently, you inadvertently sign up for an extreme vacation. To put it shortly… my hotel was in place called the Tenderloin. If you are unaware of what San Francisco’s Tenderloin is, don’t worry, I didn’t know either. That’s why I did change my hotel immediately. That’s why I gleefully wheeled my suitcase onward into the city, until the tenements got shadier, and the people got scarier, and the sights became truly extra-ordinary.

But before I tell my story(ies) about the Tenderloin, here, this is an infographic about San Franciscio’s human poop problem. There are only 28 bathrooms available 24/7 in San Francisco.

Curious where the Tenderloin is? Simple enough, it’s exactly where the huge blue spot is. And this big, amorphous chaos of human defecation is anything but surprising to me. What IS surprising to me, is that it’s only a news story now… all of a sudden. But notice this data goes all the way back to 2008. But you can see that the problem was contained in the general vicinity of the Tenderloin, which, no sane person, willingly walks into, on their own… without provocation. Seriously.

When I first walked into the Tenderloin, it was as if a light switch was turned off. Literally, you can sense it. Several other times that week (and since this first visit (I’ve been back again since), I was with other people, where we accidentally made a wrong turn into the Tenderloin, and I got a chuckle when they would immediately say, wait wait… this isn’t right, let’s go back. And I would say – my hotel is two blocks down that way. And the look of horror on their faces was impressive.

I work at a non-profit that supports children in literally the worst places on the planet. The worst. I have found myself saying as the taxi took me out to this or that project… why couldn’t we have projects in the nice areas of town? And then promptly smacked myself for saying it. But it’s true. I would get off the plane in a bad country, but the airports are always generally ok. Then I’d drive through town, and then into a seedy area, and then we would walk into seedier still areas… which was where the projects were, and then we’d go to one of the children’s homes, and they’d be even worse still. So I am no newb when it comes to slums, chaos, and poverty. I’ve seen enough to be familiar. 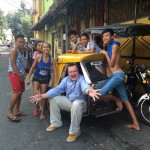 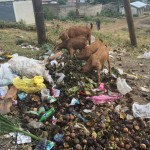 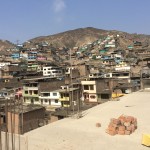 But I kid you not, the Tenderloin is an entirely different chaos of another sort. Just a whole different layer.

For example – as I was taking my first trip down the blocks to my hotel, I saw transvestite prostitutes physically attacking each other while their pimp egged them on. Like full tilt, slapping, punching, kicking. Apparently the argument was over a John, but besides that I didn’t hear… and didn’t really want to stick around to hear. I’ve never seen anything like that during any of my other travels. I’ve seen a few prostitutes on the peripheries of the towns I’ve visited. But nothing like this.

Once I checked into my hotel, I knew I was going to be in trouble. Yeah, it was awful. (Think run down 1950 Motel 6, with quarter operated beds, and you have a feeling for what it was like.) But that wasn’t the concern. The hotel door was open to the outside air… the balcony went to the stairs, and then out onto the street. And I knew that couldn’t be good here. Not good at all.

Sure enough, my first night there, literally the scariest experience of my life happened there. 2am… I’m out cold. BLAM, BLAM, BLAM. Someone was slamming their fist on my door I realized. BLAM BLAM BLAM BLAM. Even louder than before this time. (If that was even possible.) So I weighed my options in my head… I thought, they can’t know I’m in here. If I just lay here, they’ll just go away. “WE KNOW YOU ARE IN THERE, WE CAN HEAR YOU MOVING…” Was the next audio assault to pummel me from the door. I was like, BUT I DIDNT MOVE!?!? So I decided to go to the door – I mean, the chain is on, right? So I’ll be safe. The chain. If I hadn’t just awakened to chaos, I don’t think that logic would have held up in the light of day. But anyway, the next thing I knew, I was standing at the door… opening it… and there in the door, lower down, was a woman ( I think she was a woman anyway), and behind her was a big big big dude. Pimp?

The guy looks at me, looks at her, looks at me again. I say, “yes?” And she shakes her head once, and with that I know I’m not going to die tonight. And the pimp says, “Yeah, yeah, ok – wrong guy.” And they start stomping down the balcony to find the next door to try. I literally said after them… “Have a good night…?” I’m such a dork. Scariest experience ever. And you know what? That next morning… when I went to head on in to the conference there was a guy sleeping right in front of my door. Like literally against it. I had to step over him to get out. I kid you not. It’d probably take me a full two hours to debrief you fully on my various trips into and out of the Tenderloin. The soup kitchen lines that ran for miles… literally miles. The pastor that cussed me out for taking a photo of that crazy line. (I deleted it immediately after the berating). The hundreds (I am not exaggerating, literally, hundreds and hundreds) of people that sleep along a single block inside the Tenderloin. I heard stories of cities around the country that bus their homeless to the Tenderloin. Literally send them there as a solution to their problem. It’s just beyond baffling to me.

And yeah, so it’s pretty amazing to me that San Francisco, is one of our shiniest and most lovely cities… at least in our heads anyway, can have a problem like a human defecation pandemic. It’s amazing to me that we have a darkness amongst us that outstrips the darkness found in the poorest of the poor around the globe. It’s quite amazing to me how we, a proud nation that believes we are an example for the rest of the world, can allow this sort of a thing to happen. Seriously? A human excrement problem. Amazing.

I think my talking about the Tenderloin seems like its bigger than real life. But it isn’t, my words haven’t captured a tenth of the chaos I saw that week. But maybe you could listen to Ana, and hear her story about the district and what happened to her… and about the incredible search and rescue that took place for her soul. This is an off the hook story. But I know for a fact this is just the tip of the iceberg of what is going on in this place in San Francisco. I know for a fact that the police have cordoned off the Tenderloin and allowed anything and everything to happen there. I was even told by a police officer not to go down this street, because “crazy stuff is happening that way”… and I said, well, my hotel is that way. And he just shook his head, and he literally, wished me luck. But this is about Ana… this is her story…

Pretty amazing. She tells her story in such a straight forward and factual way. The trauma and the chaos in her life is just amazing. But to see these people adopt buildings in the Tenderloin and to literally love their neighbor is fullon off the hook. I think I know where my next donations ought to be going… that’s for sure. There is a way to turn the Tenderloin around, but we have to stop turning a blind eye to chaos there. The people of the Tenderloin deserve better than that.