“See, I have appointed you this day over the nations and over the kingdoms,
To pluck up and to break down,
To destroy and to overthrow,
To build and to plant.”

To Build. And to Plant.

For those of you new here – I’ve been trying to regularly go through one book of the Bible and to write at least a thousand words about it. This week we are in Jeremiah. If you’d like to join us at the beginning – or just to see the list of all the chapters so far, you can see them here.

The book of Jeremiah starts off with God speaking to Jeremiah. God tells Jeremiah – a twenty year old whippersnapper – that Jeremiah was going to speak to the people on God’s behalf. After an objection or two about being too young, and after God dismisses his objections, God begins to reveal what He is about to do. And it is truly frightening.

But wha? Why? Oh yeah, Isaiah prophesied already about this. The king of that day drew a sigh of a relief because he knew that Babylon was a nothing empire at that point, so he had time to do what he wanted. But the day of reckoning has come now. Such a scary turn of phrase… I am calling all the families of the kingdoms of the north. And He did too – it started with Assyria, then Egypt, and then eventually their judgement came in the form of Babylonian captivity.

“I will pronounce My judgments on them concerning all their wickedness, whereby they have forsaken Me and have offered sacrifices to other gods, and worshiped the works of their own hands.” 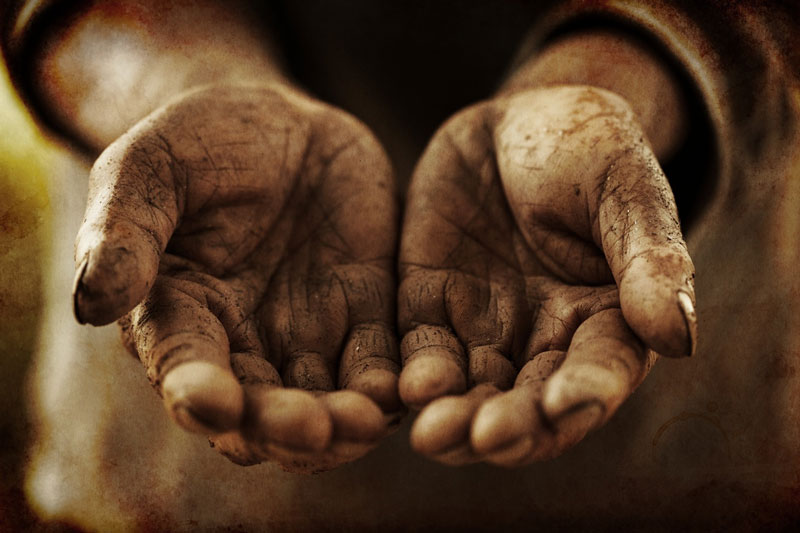 Did you catch that last bit? Sure, it talks about worshiping other gods. Got it. But what is this hubris here he is referring to? And they worshiped the work of their hands. Obviously that is referring to idols that they cut and milled and fashioned on their own. But that really struck me that I do this. “Holy hot damn that is an awesome website I just built!!” Right? Or, and I know this is really über geeked out… but I have had conversations with God about just how cool humanity is with this or that technology. That we have figured this thing out, or that we have been so clever as to solve this medical riddle, or solve this next cool internety thing. Seriously, I have. Talk about hubris! Hahah.

And that is what we have replaced the abhorrent idols of the past with. We have become our own gods that we worship. Our own pride and cleverness has become the world’s new gods. I recently watched the documentary “Going Clear”… which I’m sure I will discuss in full later on. But man if that isn’t what Scientology is all about, I don’t know what is. WE ARE GODS!! IS THERE ANYONE BETTER THAN US?!? The blatant hubris (Hubrisness? Hubrisity?) involved in that one religion is just baffling. Or what about New Age thought around the concept that we are all gods. Shards of light… we are all small gods awaiting enlightenment.

The first 45 chapters of Jeremiah deal with the coming judgement and of the people’s need to repent. In that, the book is very very similar to Isaiah. And yet these pronouncements are just filled with an ache and a reality for the people to listen… to return, and to turn away from the coming judgement. If I were to write a book of the Bible… if I were to declare the word of God for us today, it would be written almost EXACTLY like Isaiah or Jeremiah. “Stop this insanity! You are chasing after things that are dark, vapid, and empty. Return to God, He is waiting for you oh America. Awake Church, speak out to the nations the unknown truths of the gospel. Cry out against the blood of the people of the world. Cry out against the lives of sin and the perpetual search for pleasure, and profit. The creator of the universe is calling out to you to repent. To turn your lives around and to come back to your first love… the love of your God. Otherwise, the end will come. Judgement will fly on wings like eagles. On the backs of missiles and pestilence will come the natural consequences of your life without me.

And you know what, no one would listen… because we enjoy our lives of comfort, and pleasure. We enjoy being the masters of our own domains. We want nothing to do with a God that will be our sovereign. We will be the masters of our own domain. And it is this hubris, it is this pride, that will drag us into the maw of torment and death. Here are a few highlights of the many pronouncements to the people of Israel that God gave to Jeremiah that might as well have been for us today:

‘But My people have changed their glory
For that which does not profit.
“Be appalled, O heavens, at this,
And shudder, be very desolate,” declares the Lord.’

‘I cannot be silent,
Because you have heard, O my soul,
The sound of the trumpet,
The alarm of war.
Disaster on disaster is proclaimed,
For the whole land is devastated’

“Why should I pardon you?
Your sons have forsaken Me
And sworn by those who are not gods.
When I had fed them to the full,
They committed adultery
And trooped to the harlot’s house.

And like Isaiah, a lot of Jeremiah’s prophesy is not just for that present day, and the coming of the Assyrian subjection. But rather he also saw the real desolation at the end of days. He saw the chaos coming for us and for our age, before Christ returns the second time. He speaks of things that did not happen then, but will happen later, and that line up with other prophesies throughout the Bible about the End of Days. People will flee cities. Many will beg for death. The stars will be desolated. The mountains will shake. Which begs the question. If what Jeremiah was speaking to Israel to repent, or else they would be overcome by Babylon… and he was also seeing future events beyond our time now… then he is also calling for our repentance and calling for our return to God.

So Jeremiah, (as is all of the Old Testament) is as much for Israel as it is for us today. Mind blowing really. REPENT! Draw close to God. Give up your graven images. Quit worshipping the works of your hands. Return to the one God that loves you. Nothing else will fulfill you. Nothing else will satisfy. You are trying to drink from empty cisterns. You are chewing at the dirt in hopes to be satisfied. It just won’t happen. You are dissatisfied. Nothing this world has to offer will quench that hunger or that thirst within you. Admit your desolation! Come back to me, cries the God of the universe. Return, and I will make yourclothes as white as snow…

Though Jeremiah is smack dab in the middle of the Old Testament, Jeremiah prophesies thoroughly about the coming of the Messiah, and the grace that will come as a result. At the time, the covenant was maintained via blood sacrifices on the altar. Doves. Cattle. Sheep. But it was just a temporary solution to the long standing problem facing us mortal humans. We needed a sacrifice that would forgive our sins forever. A perfect sacrifice. Jeremiah foretold of this day that would be ushered in by the Christ.

For I will forgive their iniquity… and their sin, I will never, ever, remember again. Jeremiah isn’t talking specifically to the Israelites here. He’s talking to you. He’s talking to me. God will push aside the whole of the Old Testament. He will give you a contract that will make you forever clean, just come to Him and avail yourself of this amazing new concept of true and infinite forgiveness that he will (did already) provide you with in the life and death of Jesus, and his resurrection 3 days later.

But I too sort of feel like Jeremiah here. You don’t want to hear what I have to say about what God has made available to you. You don’t really want to know.

When I write a movie review or movie primer, the moment it hits theaters I start getting a thousand or two visitors a day potentially reading the post. Easy. Each one can get hundreds of comments. The dialogue and the conversation is lively and the debate is fun. But these posts? There have been a TOTAL of 1,500 readers. I get it. Movies are fun. But some dude waxing eloquent about the Old Testament Levitical Law? No thanks. This guy is smoking crack. And you know what? Jeremiah has a response to that perspective:

They have lied about the Lord
And said, “Misfortune will not come on us,
And we will not see sword or famine.
“The prophets are wind,
And the word is not in them.
Thus it will be done to them!”

No no no. Dude, it’s all hot air. This is all serious hot air. First, there is no God. Second, the prophets are madmen. Literally insane. This God of yours, He will not come. WHERE IS HE?!? Famine? No. Misfortune? No.

If you’ve stumbled onto this page… you have been blessed for some reason. You have been directly ordained by the God of the universe to hear this message. Hubris? Sure. But this writing series wasn’t my idea. He wants your heart… return to Him. There is a coming whirlwind… and I really want you to know His love. All of the Bible is one long love story. Jeremiah is a prophetic word not only for the people of Israel, but your own life. Jeremiah is calling to you through the ages, and he is crying out for you to draw close to God. To repent. To hold tight to the love that He has for you. This is not false. This is very very real. And your life is not a game. It is part of a larger cosmic story…

What side of that story do you want to be on?