One day, my wife wanders up and says, “Hey, you know the membership we have over at the Fine Arts Center? Well, there’s this thing… something about Aerosol Exalted happening down there, I want to go check it out.”

“Um, yeah, ok honey. Sounds good to me. Whenever.”

“You have my attention now.”

“Is opening night too early?”

“Opening night it is.”

So maybe that wasn’t exactly how that conversation went. But that’s how it felt in my head. EL MAC IS HERE? If you have no idea who El Mac is, I’ve spoken about him here before, a couple times even. Here’s his official bio for you to skip over:

El Mac was born in Los Angeles in 1980 to an engineer and an artist. Mac has been creating and studying art independently since childhood. He was inspired at a young age by classic European painters such as Caravaggio, and Vermeer and Art Nouveau symbolists such as Klimt and Mucha.

This was mixed with the more contemporary influences of graffiti and photo-realism, as well as the Chicano and Mexican culture he grew up around. He began painting with acrylics and painting graffiti in the mid ’90s, when his primary focus became the life-like rendering of human faces and figures. He has since worked consistently toward developing his unique rendering style, which utilizes repeating contour lines reminiscent of ripples, Turing patterns and indigenous North American art.

In 1999 he began to paint portraits of his friends and anonymous Mexican Laborers in public spaces throughout the American southwest, both legally and illegally. He also started painting large technicolor aerosol interpretations of classic paintings by old European masters. This led to being commissioned in 2003 by the Groeninge Museum in Brugge, Belgium to paint his interpretations of classic Flemish Primitive paintings in the museum’s collection.

El Mac definitely has a singular look and fee to his work that is identifiable. Regardless, the chance to see an El Mac painting up close and in person? AHHHHHH! Yeah, I was excited. Maybe even a little more excited than I was when I got to see my first Rembrandt at the Rijks. Which is saying something.

So opening night (ok so it was opening day… I couldn’t wait for the evening) we head to the show… which I had refused to look up at all… or even read about before hand. And as I walked in I was blown away. And here’s why… 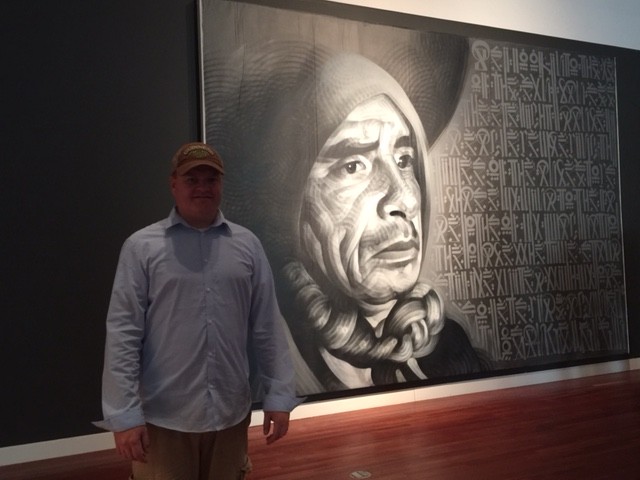 But Retna’s absolutely best work is when he collaborates with others, but his work goes to a whole ‘nother level when he works with El Mac. Here, just a random street mural that was a killer collaboration between the two: 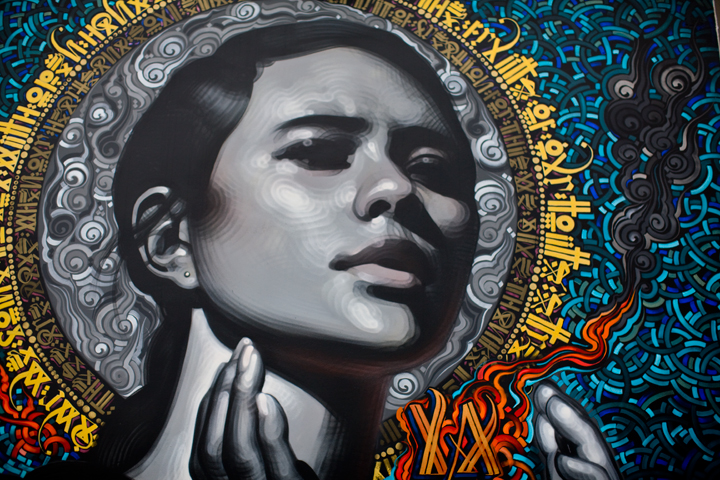 Anyway, so after recovering from the initial shock that El Mac had created new pieces with the help of Retna specifically for the Aerosol Exalted show, I picked myself up off the ground, and then collapsed again. Rinse and repeat. So here’s a little bit of what you would be treated with… if you are lucky enough to see the show. 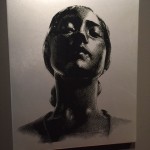 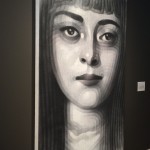 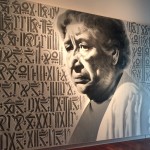 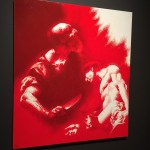 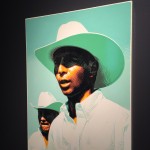 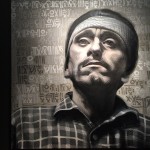 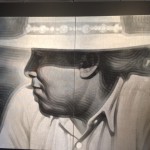 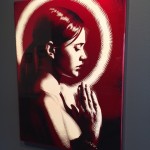 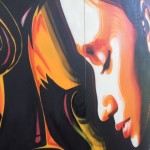 The one thing I would say that isn’t captured in the photos here is the fact that many of these paintings are absolutely enormous. Some, were something like 30 feet long? 15 feet high? Just massive pieces. One piece that I was just enamored with, and couldn’t take my eyes off of, was Mac’s Slaying of Isaac redoux of Giovanni Battista’s, The Sacrifice of Isaac. I’ve dropped them in together for here for comparison’s sake. 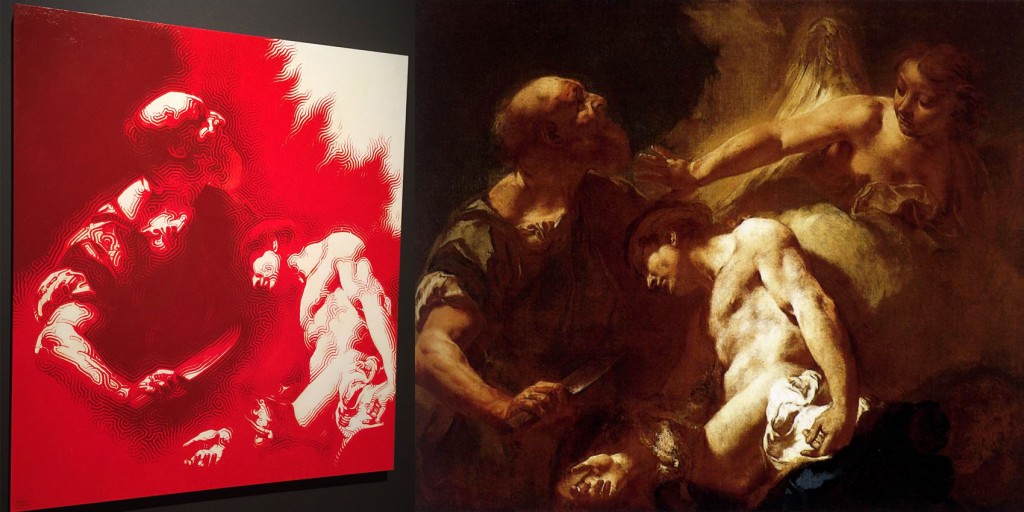 I absolutely would love to get ahold of Mac to chat only just about this one painting of his, if anyone has any connections… hint hint. But its such a fascinating rendering of Battista’s classic original. But he chose to leave out the angel for some reason. And he painted solely in radiant red hues. And the knife is wickedly prominent in Mac’s version. And there are those striations throughout the entire painting. I took a close up photo, just because I knew you’d like to see a close up of it… hehe. 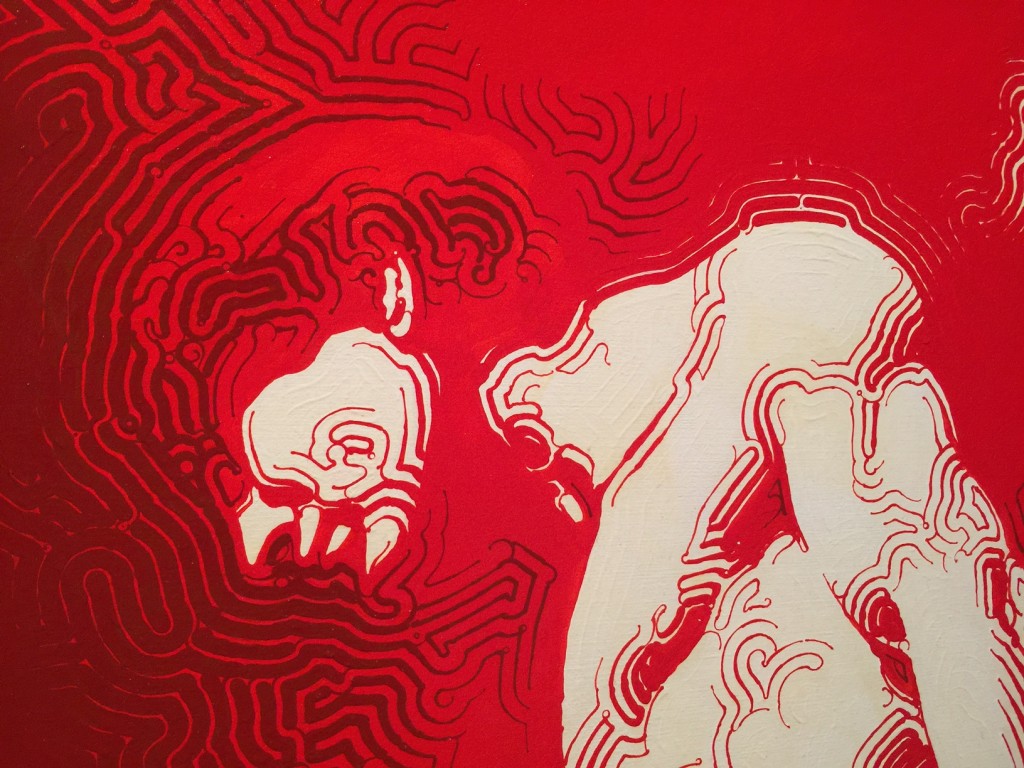 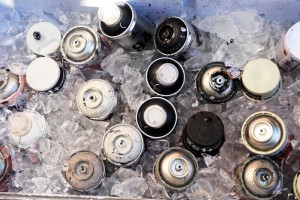 Even in the whites the striations are there!!  I became fascinated with this technique and I began researching how he came upon this method of painting. Apparently, it was a happy accident. He would paint at night, obviously, in places that were dark, on pretty much any available wall. In the daylight, he realized that he had been going quickly with his aerosol and they left these dark edges in the paint, and the center wasn’t filled in.

And then he discovered that if he chilled the spray paint cans it made the effect even more pronounced. And then I heard the distinctive spray paint sound firing faintly in the background, fffffttttttttttttttt. FFFFTttttttttttt. And I was told it was another artist by the name of Fuse. And I had heard of him, so I thought, oh, this will be fun to go and watch. So we went and watched as Fuse painted for about a half hour. And then, low and behold… El Mac rolled up to paint too.

I think I was rooted to the ground in the quad below as we watched him paint for 2 hours? Seriously. No exaggeration. Literally. Watching him consult his sketches, and consult the wall, then pack the ice in the cooler, then paint his patterns across the wall was quite a lot of fun to experience first hand. El Mac is a modern renegade Caravaggio. A truly innovative artist. I first fell in love with Retna, and it was through Retna that I discovered El Mac years ago. But I’ve come to appreciate El Mac’s art even more. The form, the shape, the distinctive style. Mac definitely has style and grace that eludes even the greatest for painters in the world today. It was definitely a day to remember. 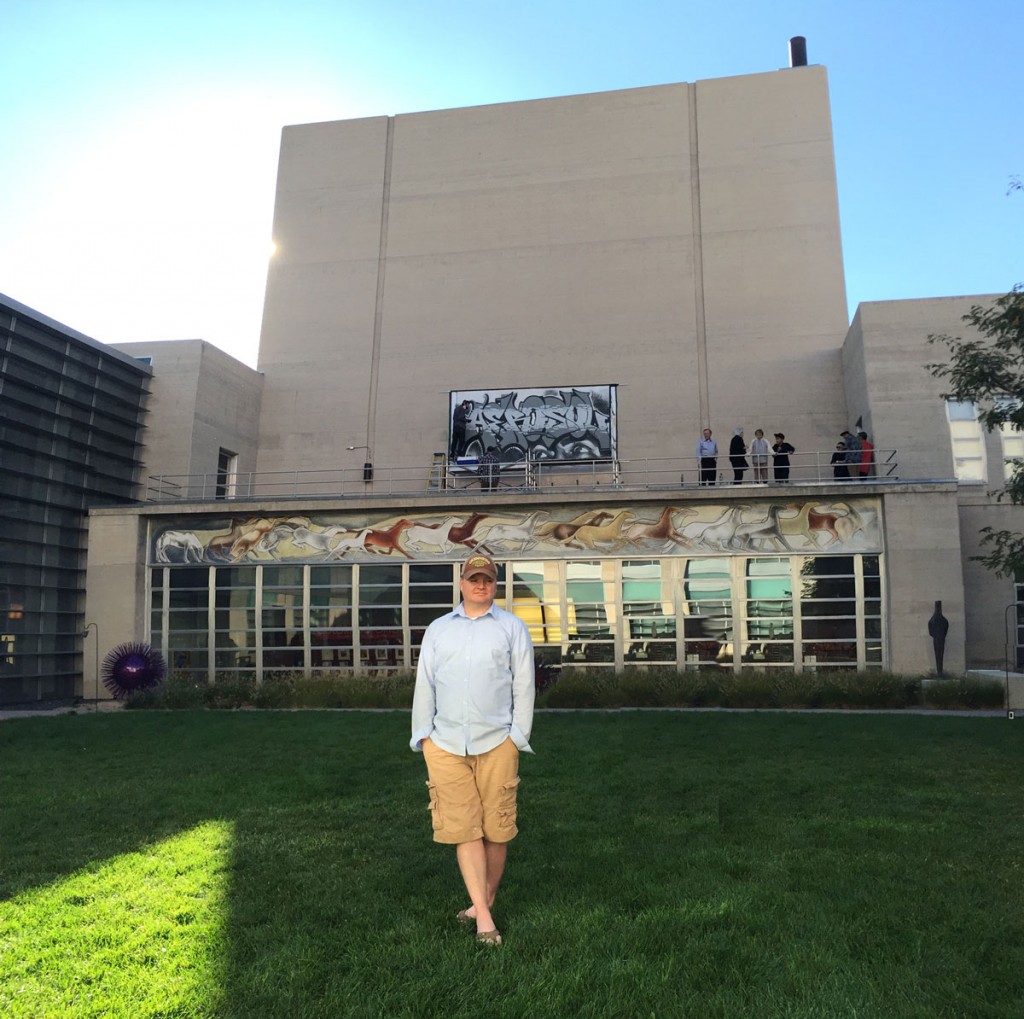