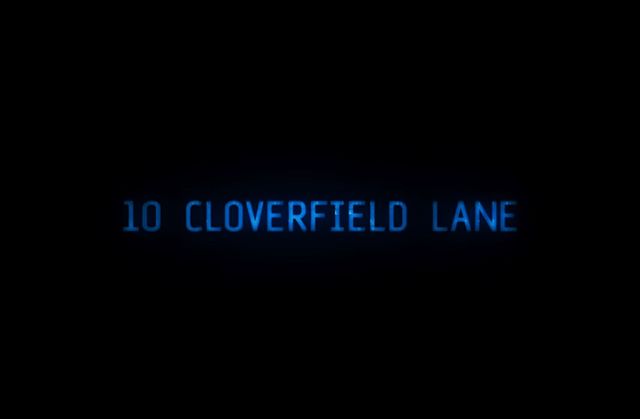 I absolutely adored the movie Cloverfield. It was a realistic portrayal of what might happen if monsters just appeared amongst us. Parties are crashed, chaos surrounds us. Buildings topple, militias are deployed. I loved the war of it. I enjoyed the really tight scale and scope of it.

But word has just hit the street that J.J. Abrams’ production company, Bad Robot, has been working quietly in the background to create a sequel entitled 10 Cloverfield Lane. But this sequel looks completely and totally different from it’s predecessor.

Something straight out of Stephen King’s Misery maybe… but inverted? John Goodman instead as the bad guy frantic on keeping the doors locked and everyone inside. Doesn’t seem like the scope ever gets much bigger than the scale of what we see here. But maybe?

The biggest surprise is that the film will actually be released in March. We’ve known that Bad Robot was working on a small scale movie, but it’s working title was Valencia. But now? It’s flipped to the title of 10 Valencia Lane. And NOW? We have ourselves a movie with a tie in to the larger Cloverfield universe. A universe with an enormous backstory. A story that could easily be the scariest thing ever. I personally can’t wait to see it. Pretty excited really, even if it is a very small scope and scale. Even if we never actually seen the monsters that played so big a part in the prequel.