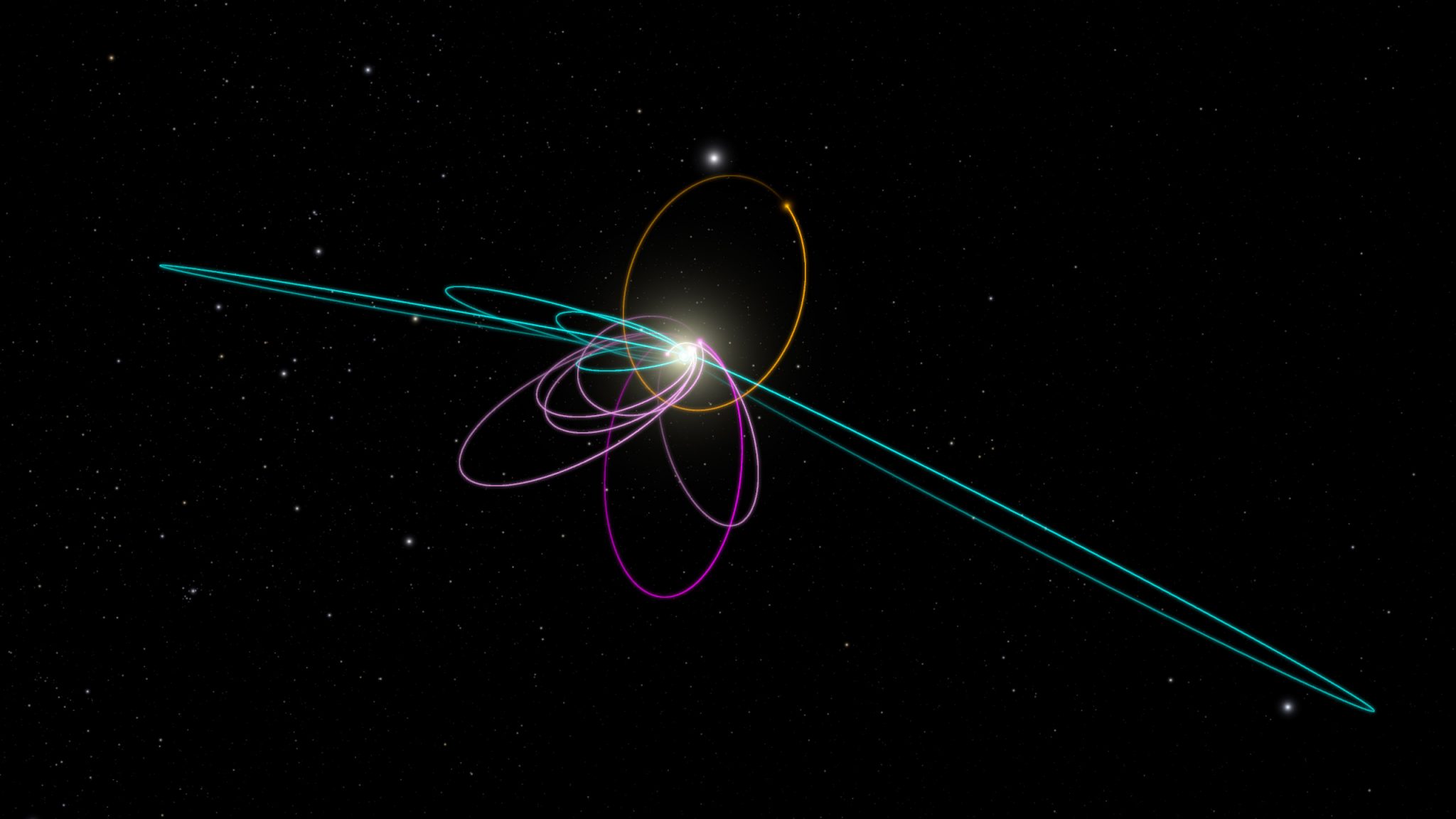 Thoughts and Ponderings On Getting A Ninth Planet Back

Thoughts and Ponderings On Getting A Ninth Planet Back
I just adore the majesty of astronomy. I love reading about science. I love hearing about new discoveries and the amazing insights that modern man has been able to divine from studying the world around us and the patterns and brilliance of what is “out there”. But what most fascinates me about it all is the theories and the what if’s that coalesce into data, then supporting data, and testable, validatable evidence, which then gets more momentum by the fact that we are able to witness the event with our own instruments and our own senses.

Which brings me back to the discovery of the day… which really isn’t a big deal… I mean, other than the fact that it is about getting our Ninth planet back. Other than that. But first, look at the beauty and the data inherent to this representation of the planets and their orbits.

First, isn’t that the prettiest thing you’ve seen today? I mean other than your girlfriend or spouse, or what have you. But man, that picture just does things to me that I can’t even explain. It’s amazing. But here’s what it means: The purply ones are the small rocks (ex-planets, asteroids, the Sednas (did you know there was a small almost planet called Sedna? No, me either), outter Starbucks drive throughs, and other what have yous), and the orangy one is the orbit of what the new Ninth planet should be. And can I recommend that we call it Ninth Planet from now on? The Orangy planet counterbalances the Purply ones…

Why am I explaining this stuff to you when you could just watch this video and immediately be infinitely smarter than me on the topic and then you could explain it to me?

So, just like that, if you were pissed off that Pluto got demoted? Well, congratulations, it looks like we will be getting our ninth planet back into the elementary school system curriculum. Personally, being someone of faith, I think back to the Psalms when David said,

“When I look at your heavens, the work of your fingers,
the moon and the stars, which you have set in place,
what is man that you are mindful of him,
and the son of man that you care for him?”

Personally, when I see the marvels of the universe unfolding, and explained, I just marvel all the more at God. Personally when I learn about the Higgs Boson, or about sub-atomic intricacies, I just marvel all the more about the creator of the universe. And if you don’t personally believe in a creator, or a prime mover that set the galaxies into motion, I love to chat with you more about that. Seriously. I’d even love to have a discussion here on the blog – a very civil and polite one – talking about the various points of view and why you don’t see it that way.

A little while ago I mentioned that I would love to interview some of you readers out there, and a couple of you jumped at the chance. Which was a little humbling. And I’ve had some really amazing conversations – very kind, very civil, very respectful – just chatting about the possibilities and the viewpoints that I have, and that you have had. I’ve really really enjoyed those conversations. And I can’t wait to share them with you in the near future. But regardless. If you don’t believe in God – then I would LOVE to talk to you more about that and even do a post or two about that here. And thanks to those of you that have let me interview you already. That has been really quite amazing so far.

Regardless, I look at these planet plumb lines and just marvel. And whether we are of the same faith, or different faiths, you have got to have some of the sense of wonder in looking at this stuff. You really do. (Or maybe dread? hahaha. That could be true too I guess.) Anyway… there you have it. We apparently have a ninth planet again, though we haven’t actually found it in the sky yet. Won’t that be impossibly hard to find? A planet with a revolution around the sun that takes somewhere around 20,000 years?!? Just mind blowing.