Let’s start right off with the most amazing thing about today’s interview… which is, that although Oskar Stålberg has been working on the upcoming Tom Clancy game ‘The Division’ for the last two years, we really won’t be talking about it much. At all. Sure The Division is going to be a multi-platinum release. And sure, it will sell millions of copies. But Oskar may very well be a fish out of water in amongst games like that. Where Oskar’s talents really sing are out in the world of small side projects, paintings, and web experiments. Sure, if you are desperate to get a question in to Oskar about The Division, I’m sure he’d answer it for you. But our conversation took an entirely different path.

But that shouldn’t be too surprising to you all, what with my love of independent films, independent game developers, independent thinkers! Right? Can’t get enough of people that break the mold and go their own way.

Now, to start off, in order for you to really understand this interview – and get what we are talking about, you are going to need to do some homework. The “homework” isn’t hard at all, it basically comprises of clicking a few links. and playing a game or two. But you’ll have to do it on a PC, and on top of that, it’ll need to be inside of an IE or Firefox browser. But it is totally worth it.

So, off you go – click here, and experience the goodness that is Oskar’s Planet Tile Experiment. I’ve included a couple of gifs here that show a bit about how it works. But nothing compares to actually playing his experiment yourself. So yeah, the design here is just fantastic. The integration of the tiles together from a coding and Unity standpoint is amazing. I love everything about this “experiment”. But mainly it’s Oskars fantastic designs and paintings that pull this thing off. As each tile goes higher, the city elements change. The woods element changes. The ice elements morph. It really works from an overall experience. Really quite satisfying!

Oskar also did a city block tile experiment that was equally as interesting. Instead of manipulating a small planet, you are working with a city highrise that is evolving, growing, demolishing, etc. You can try that game out as well if you are interested. You can find that one over here. And for you Mac types (like me, but sans parallels) I’ve included a gif of that one as well from Oskar’s site. Both are extremely enjoyable to play and fiddle with. Both are rewarding in the same way that building a sand castle on the beach is rewarding. I personally can’t get enough of these little experiments. But what is really fantastic, is that not only is he a new experimental developer, and game designer, but he’s also a painter and designer of little worlds. You have to check some of these gorgeous little paintings out that Oskar has done on nature photos. 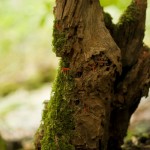 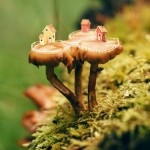 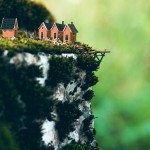 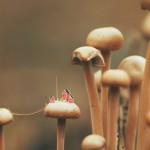 THinc – “Can you please take this first question with a grain of salt – why haven’t you released any of your tile project demos as iPad, or Android games for a buck a piece? Or heck, a steam game for $20!? They wouldn’t need really anything else. It would be like David O’Reilly’s MTN app… which is really beautiful in it’s simplicity and yet very therapeutic to play with. I know it’s none of my business, but I know I would pay to experiment with your tile planet builder project. It is amazing! Have you considered possibly releasing something officially before utilizing your hex ideas?”

Oskar – “I just haven’t gotten there yet. I am not a programmer by training, and these web demo projects is how I learn to program. Brick Block was my second project in C# ever.

“So far, I’ve been pretty happy just using these to develop my skills and getting some exposure. As I learn more, I will explore how to monetize my skills in my own employment for sure. Maybe I’ll develop some 3rd party tools for Unity, or maybe I’ll start making games to sell.” 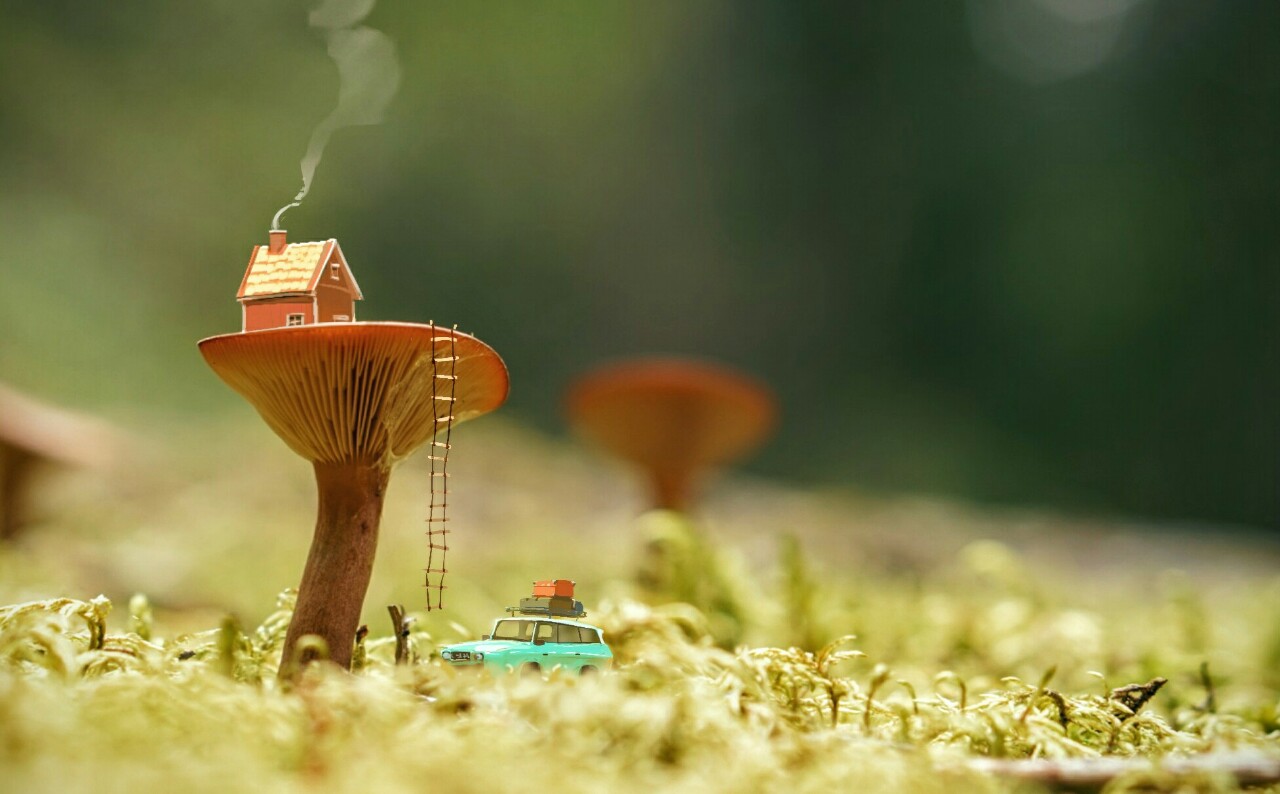 THinc – “I love your paintings that are super imposed on the various nature photos… where do you find such amazing photos to play with? I’ve never seen anything like them. They are beautiful.”

Oskar – “I started with these about 2 years ago. A colleague showed me some of his nature photos, and a particularly beautiful tree stump really set my imagination running. I asked for his permission to paint on it, which he generously granted.

“Nowadays I take the photos myself. I’ve bought a decent camera, and whenever I go on hikes with friends or go visit family up north, I make sure to bring it. The painting is done later, on a tablet, and mostly on board trains. I live a 6 h train ride away from my parents, so I need something to keep me occupied whenever I do the trip.

“These paintings have developed quite a bit over time. In the beginning, it was all about turning tree stumps into castles. Now, it’s more about finding a good composition where as little painting as possible creates a large impact and tells a story that fits with the shapes in the photo.

“My mom spends much more time in nature than I do. She knows all the good mushroom spots and she has a good artistic sense; my long term plan is to teach her how to take these photos, though I haven’t told her yet.”

THinc – “I know you are working on the team developing the latest Tom Clancy The Division (which the beta just dropped for) – can you tell us what your specific job has been? And what you do day in and day out? I know that your official job title says that you are a “technical artist at Massive”, but what does that mean to us clueless types?”

Oskar – “Technical Artist is a very broad term, and none of the tech artists I know have interchangeable skill sets. You could say that a Tech Artist does the things that are too technical for an artist and too artistic for a programmer. These things typically include writing python scripts for 3D packages, policing art budgets, writing shaders, and sort of just picking up the tasks that fall between the cracks.

“I personally work mainly with node graphs in Massives own splendid Snowdrop engine. Node graphs are a sort of visual scripting system that most tech artist will have to deal with in one form or another. I also author shaders and help people out with maths every once in a while.” 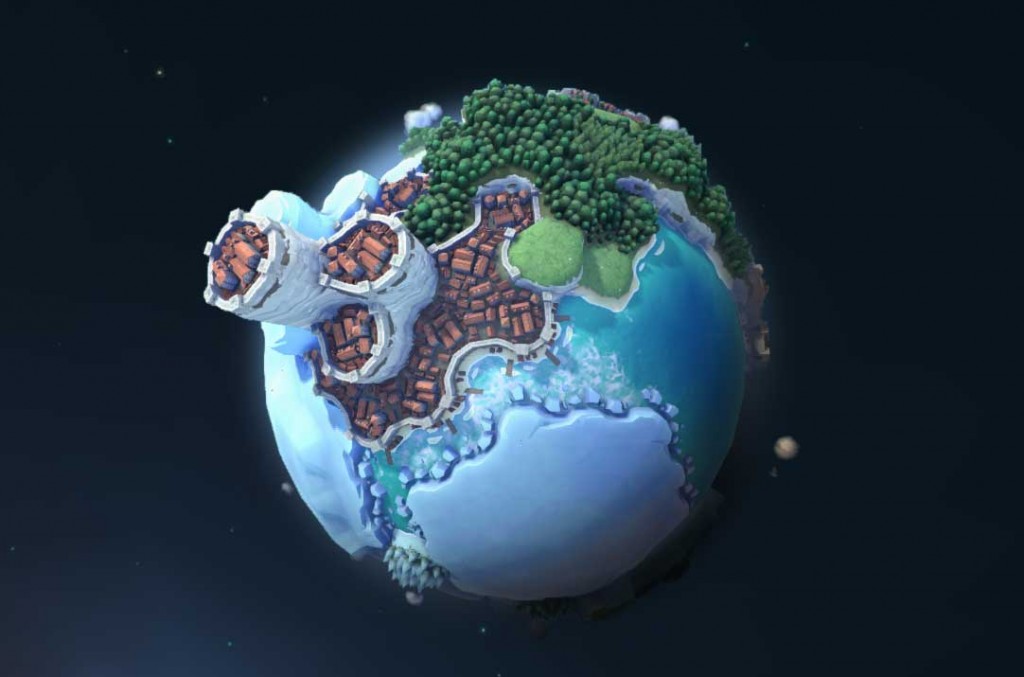 THinc – “With The Division wrapping up, do you have plans beyond the release? Maybe you’ll release an iOS app called “Tile Planet”?!? hahaha. (Just so you know, “tileplanet.com” isn’t taken! heh.”

Oskar – “When this interview is released, I will have left Ubisoft. Ubisoft was my first gig in the industry, and I’ve had a great time there. Now I’m off to work on smaller projects with aesthetics closer to my own personal style.

THinc – “As a final question, what word of advice and encouragement could you give to people who are interested getting into game design, and game development? Is there one path or one pattern that seems to be a pretty good path to take for most people you rub shoulders with daily?”

Oskar – “Find your competitive advantage: quit fast and early at the things you are not better than your peers at and develop the skills where you seem to have an advantage. Make sure you love what you do, because you will have to do a lot of it to get any good.

“Actively analyze why some things look good and why some things don’t, and learn to verbalize it. Creative cooperation becomes much more effective when people consciously know what they are doing and can communicate it.

“Always test all the art you do in the correct context. What works in concept art will probably not work straight away in a game. Think about what elements and game mechanics you want your game to highlight, and design you art style around those.

“Read The Fountainhead by Ayn Rand; let it teach you about artistic integrity but try and not become a douche bag from it.

“If you are a young student in Sweden or Denmark you should definitely check out The Game Assembly, where I got 2 years of great but stressful schooling in the art of game development. If you have what it takes to become a great game developer, The Game Assembly is a great place to start that journey.”

THinc – “Great answer. Really fantastic. Well, thanks for taking time out to chat with us Oskar. And don’t be surprised if a loud American shows up on your doorstep one day asking to come in for a cup of tea! hahah. Take care Oskar. And know that we will definitely be watching you and your future projects. Take care.

Come on. Admit it, you love the guy. You probably didn’t even know he existed 15 minutes ago and now you’d like to ring him up and ask to be his best friend. Well, I for one would love to fly over to Europe and chat with him over a beer anyway. Great stuff. Thanks Oskar for taking the time out for us and giving us your vantage on the world.