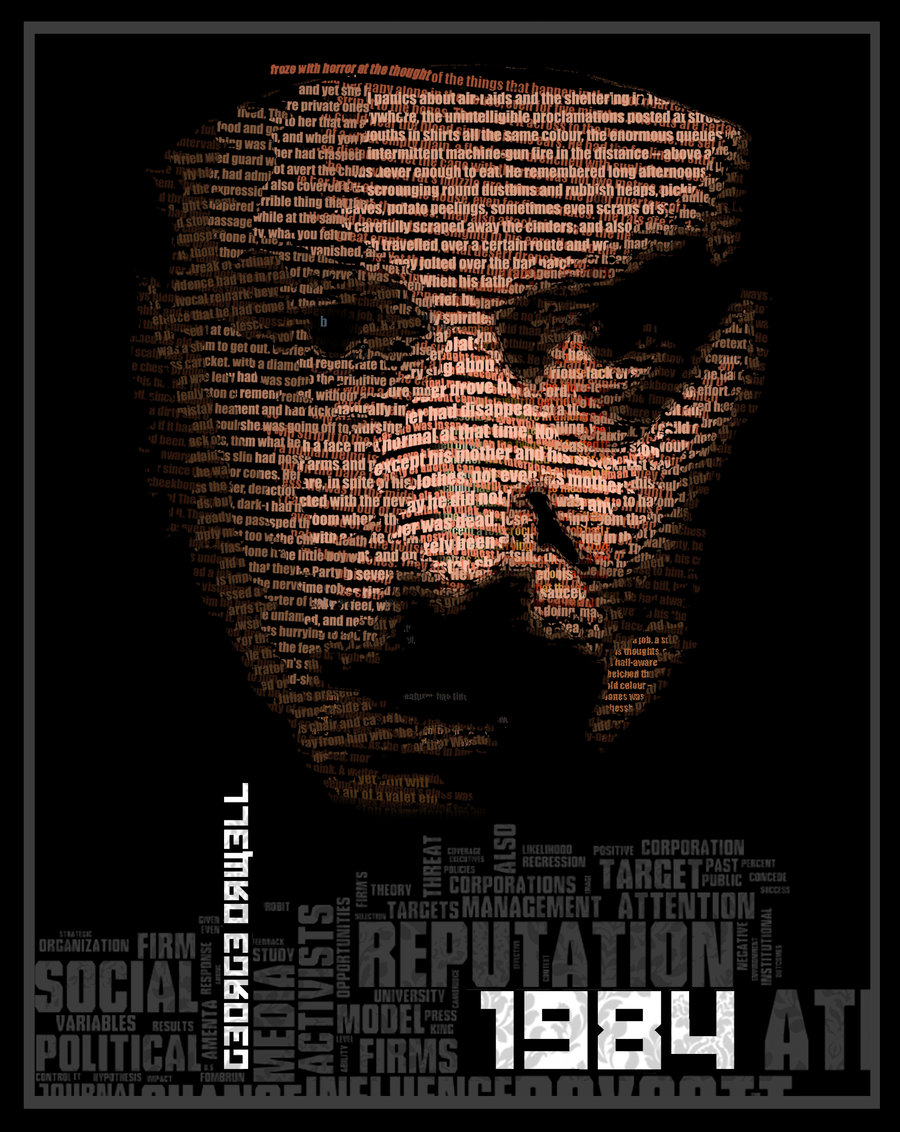 I’m thinking that it’d probably be better if less people read these thoughts. I wasn’t sure I was going. But now that I’ve seen it’s eventual resolution and finale, I think it might be better if it isn’t read much. And yet. And yet. 1.5 billion people are on Facebook. Which is an enormous swath of the world’s population. And I really do think Facebook is breaking our collective brains. And I come to this conclusion not through introspection about Facebook itself, but through the book of 1984. Anyway… here it is, for what it’s worth.

The article, which you can read right here, is basically discussing the problems of breakups on the world wide interwebs, and how these haunting memories can be difficult to tear down. But the Compassion Team is here for you.

Enter pedantry. Because I recently found out that we all lie actively about books that “we’ve read”, and 1984 was one of the most lied about books that “we’ve read”, I’ve decided to explain my illusion before I actually make it. Yes, that is right. I’m going to be pedantic for a minute. But you’ll be ok, because even if you have read 1984, I’m sure you’ve forgotten much of the nuance of the book that I’ll be referring to. So we could all do with a quick refresher.

And now we have Facebook’s Ministry of Compassion. Oh wait. I said that wrong. Regardless, what they are doing is very thoughtful – compassionate even – but pardon me if it rubs me the wrong way. But did you know that a number of different scientific studies have causally correlated Facebook usage with an increase in Divorce, Depression, and Ostracism… to name but a few. So to hear that Facebook now has a Compassion Team seems highly ironic, if not willfully and outright malevolent.

The Ministry of Love, or Miniluv in Newspeak, served as Oceania’s interior ministry. It was the team that enforced fierce fealty to Big Brother. And they accomplish this through fear. Fear that was caused by an enormous security and repression infrastructure. Miniluv utilizes the Thought Police in order to actively brainwashed citizens of Oceania in an effort keep the “peace” of the nation.

Obviously the Ministry of Love is a bit of a misnomer seeing as though it is largely responsible for the infliction of torture. But it maybe apropos as the Ministry’s goal is to ultimately instill love for Big Brother, which is the only love that is permitted in Oceania. And so the larger goal of the Ministry of Love is to convert Thought Criminals back to orthodox thought. 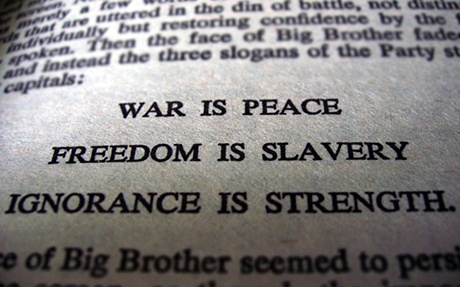 The Ministry of Love is the perfect example of an idea in Oceania that is critical to understanding, which is Doublespeak. Doublespeak holds two fundamentally different ideas in contradiction together simultaneously. And with that, my pedantry is complete. “War is peace.” “Freedom is slavery.” “Ignorance is strength.” Each of these are great examples of Doublespeak from the book. All that to say, Doublespeak was the first thought that hit my mind when I read that the tech giant, Facebook, had an organizational unite called the Compassion Team. I mean, really? — truth in advertising statement — I left six or seven years ago and haven’t looked back. Ok, — truth, in truth, in advertising statement — I actually have a Facebook account. And I have one friend. My wife. A number of you have actually found me out there, and I have yet to approve your friend requests. Sorry about that. Just not feeling it.

Facebook, the company with 1.5 billion users. Facebook the company that helps users all around the world communicate their user’s A-roll as opposed to their B-roll cutting room floor days. Facebook that causes users to be ostracized, depressed and eventually divorced? Has a compassion team?

The final ‘ministry’ of 1984 was not really a ministry at all. It was a room. The room was called Room 101. And it was in this room that the truly recalcitrant were brought to be tortured. We see that Smith is presented with a wire cage with two rats in it, the cage was perfectly formed to fit his face into. And his fear? Rats. And their job? To eat his face off. But what does Smith do? He gives up his contraband girlfriend, for whom his love was explicitly against the law, and the torture is stopped. It is this caving, this final moral failure upon which the book finally collapses upon itself. But the key here? That Big Brother knows everything about you. It even knows your deepest darkest fear, and that they were ready to use it against you.

Facebook? Facebook has it’s own Room 101. There is no torture, obviously. But they know your deepest darkest fears. Compassion Team? I don’t think so. Why do you think books like the book by Dave Eggers’ The Circle has been such an enormous hit. Because the shiny white pristine perfection of these cyber-galactic empires of Google, of Facebook, of Microsoft, have a nefarious side to it. Room 101 like inner-bowels that know the worst of everyone. Believe you me, I am trying my best to not extend this conversation to the current cluster of a political campaign between Hillary and Trump. (I think I just failed.)

But to veer somewhat back on topic, what happens when hackers hack Google, and Chrome, and the Chrome history files? Like Ashley Madison’s hacking, which caused suicides, divorces, etc.? What happens when our collective web surfing habits are revealed in one enormous Big-Data datastore that is released to the public and that is searchable by everyone? First, I have to say, hopefully we are all living in a way that wouldn’t make that a big deal. But are we? Compassion Team? I don’t think so. Better yet, what happens when our internal lives are laid bare for all to see? Maybe this would be a good thing. It would bring revival, or apocalypse. And either one may very well be a good thing these days.

Hey, I’m sure the Facebook Compassion Team is well intentioned. They are developing algorithms that will allow them to identify people that are ideating in a suicidal way. They are hoping to help suppress images of past loves and past hurts. I get it. But it really seems like it won’t bode too well at the end of the day. We are all collectively ingesting rat poison, with a chaser of rat poison antidote. Why wouldn’t we just stop the initial poison ingestion? I know, dumb question. But eventually we will realize the backwardness of our position. I know I’m backwards. And 99.9% of you will disagree with me on this. But, hear me, the goal of the Facebook Compassion Team will fail:

It is impossible for Facebook users to have more human interactions via Facebook. This is a lie from our friendlier Big Brother. Instead? Go buy a ticket and visit that friend of yours you haven’t spoken to in 5 years. Have coffee with your neighbor instead of flame wars about covenants behind the protection of Facebook. Better yet, go out and have a walk with your wife…