An Open Letter To Bungie From a Middle Aged Destiny Gamer 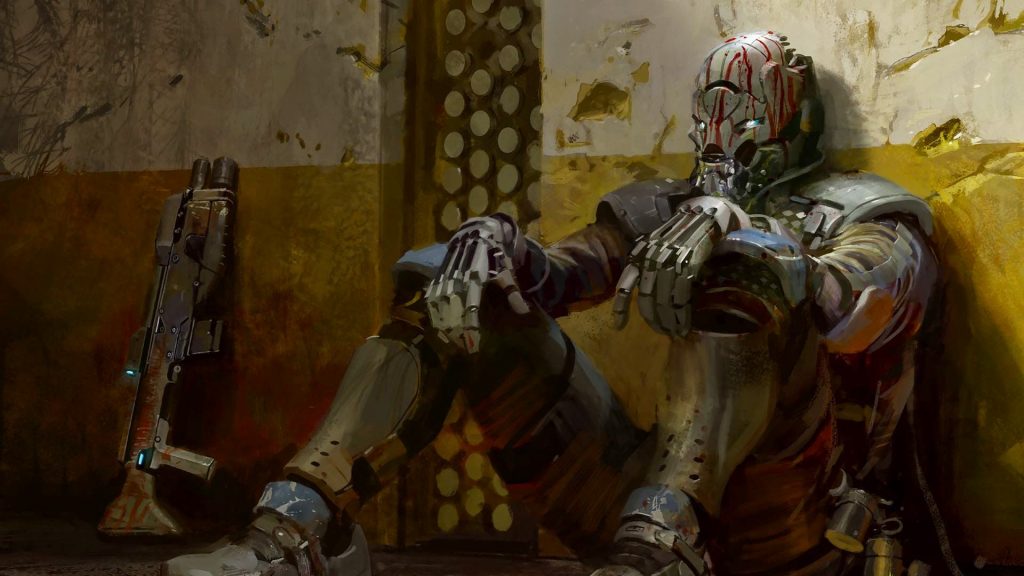 It just isn’t right. It isn’t right by a long shot. It’s humiliating and belittling in the extreme.

Why Bungie Should Care About Middle Aged Gamers

But I am guessing that Bungie doesn’t care too much about me, my kids, or my opinions. But maybe they should care about me/us because we make up a majority of the people playing right now. But maybe they will care about US. Because I am not the only middle aged Destiny gamer out there. We are managers, we are postmen, we are train conductors and dam operators. And, you know what? Players over 30 comprise over 71% of the digital gaming revenue. We are everywhere and we are customers that spend very real money on new titles and DLCs and more silver than is countable within Destiny. And we are done being belittled.

For the uninitiated, I am sure it is incomprehensible how a father, manager and innovator finds himself in a position to be humiliated so regularly… daily even. Better yet, I am sure you don’t have any idea how a whole class of society, all middle aged gamers that are the backbone of our society and our culture, and who find themselves embarrassed daily.

What Is Destiny Anyway?

But I should probably back up a bit for those of you that don’t know or understand what a Destiny is, just know this… It is a first person shooter that allows players to play together (both intentionally and unintentionally) and work together to depose and overthrow AI bad guys and evil minions determined to overthrow the solar system.

Within Destiny there are multiple methods of play. The crucible allows for individuals to play against each other in different types of team goals and play types. Think digital capture the flag and you get a good idea of what we are talking about here. There is also a storyline that is playable by yourself or with two other friends to complete. And as you progress through the leveling of this game you can get pretty high by participating in the crucible and also through the storyline. I think it’s possible to probably progress 80% of the way through the game by spending all your time in these two modes of play. you can do something called the Iron Banner and that will help some more. And by finding two other players that you trust, you can maybe advance another 5% to 10% by heading to the Court of Oryx or out to the Challenge of Elders. If you are unfamiliar with Destiny, just know that the highway to leveling ends at about 85%, and soon you will need to go out, find people to help you get to the end. You absolutely, 100%, cannot get to the end on your own.

The only way to physically get to light level 335 (which is the highest achievable light level today), which is the final 10% of the game, you have to find a fireteam of six. Think about it. Six people that play Destiny. Six people that are also attempting to get to the very end of the game. Six people to help watch your back, to coordinate and strategize with. This may be simple for some… mainly younger players, but for middle agers like myself, I consider myself extraordinarily lucky to know two other great friends (best friends even) that I play with weekly. But in our progression from the three party challenges to the six party Raids, that is where all the wheels came completely off the bus.

Wait, what? What the heck is a Raid?

This is the last bit of the equation to the formula that sums up my own personal humiliation. A Raid is possibly one of the most ingenious and clever challenges a video game has ever assembled. Destiny Raids require six dedicated and high light leveled individuals to work together to solve puzzles, challenges and kill evil together. All six need to communicate well together and coordinate together. Otherwise the Raid will fail. Guaranteed. And it is through these Raids that I found my psychological belittlement.

You see… the glitch? Bungie has built in solutions to help you pair up for the small three people raids. They will automatically match you up with others of the same light level and expertise in order to pair the best matching possible. But with Raids, Bungie does not do this. And so if you are like me, and you only have two good friends that you trust, you will find yourself out on sites like destinytracker.com or destinylfg.com looking for others to join up with to take on the evil Oryx. And it is on sites like this that I was ultimately brought to the end of my Destiny Sanity.

How “Casual” Gamers Get Humiliated Regularly 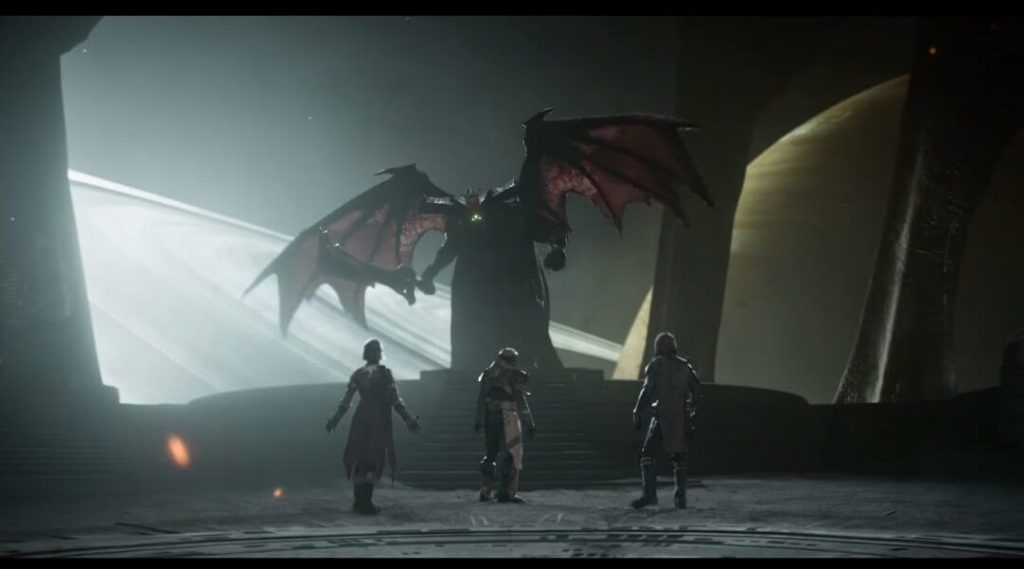 I headed out and found several other players to join me in the Raid against Oryx at the end of the arduous King’s Fall Raid, which had escaped me for the past year. So far I have spent 313 hours on the game – and here I finally stood in the final room, ready to fight the biggest boss Bungie had ever thrown at me. I was exultant. I was ready. I had watched YouTube videos. I had studied. What I didn’t realize immediately, was that Oryx wasn’t my real nemesis – it was actually another gamer on my fireteam that I’ll call Metro. Compared to Metro, Oryx was going to be no problem at all.

Who was this Metro? Metro was 14. Fourteen.. And a lot of gamers like him have spent over 5,000 hours playing Destiny. Which, by my math, would mean he has spent something like 5% of his entire life playing Destiny. Comprehend that number. 5% of his ENTIRE LIFE has been invested in this game. He has, by his own admission, completed this Raid I’ve never completed before, over 102 times. Metro gleefully wielded his gun, called – A Touch Of Malice – which is the gun to end all guns within the game of Destiny and he loved rubbing our faces in it. He giggled, and gloated about how he was the only one we knew with the gun. Which wasn’t specifically true, but it definitely was generally true. He gloated about the fact that we needed him – which, again, wasn’t specifically true, but was generally true. 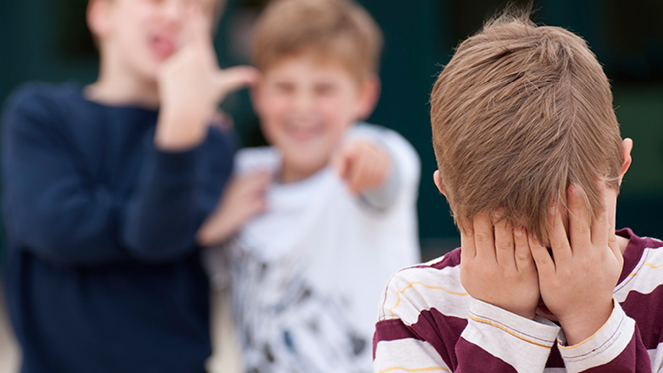 This fourteen year old was ordering members of the fireteam around like we were slaves on a plantation. I don’t use this analogy lightly. He called me – someone over 25 years his senior – boy, more times than I can count. He swore when any of us “Raid Virgins” did the slightest thing incorrectly. Metro kvetched, bitched, and moaned about everything. He made it clear that we were failures. Not failures at this microcosmic non-reality. We were abject failures. And we were beneath him. In every way.

And then I redlined.

I started yelling into my microphone. I was seeing red I was so angry. “If you call me boy, one. more. time. I will drive to your house and kill you slowly in your sleep. I will chat with your parents and let them know just how irresponsible they are to let you play your life away and to not teach you manners.” I ranted and ranted and I ranted. And then I realized my microphone was on mute. I took a moment, counted to ten, and concentrated on breathing. And by then I had vented and didn’t hate this Metro, this self centered nihilistic excuse for a human, as much anymore. I started to realize that this kid probably had been handed off to the Xbox as a wet nurse years before. That his parents had problems of their own. And that this equation added up to a poor Raid experience for me and my friends.

Check that. It wasn’t a poor Raid experience… it was a terrible life experience. Being belittled by 10 year olds like Metro ranked up there with some of the most embarrassing moments of my whole life. And all just because I’ve spent over 300 hours in a game and happen to want to reach the pinnacle of a 335 light level. But it’s pretty lame that someone that has spent 300 hours at ANYTHING is considered a casual player.

How Bungie Should Change Destiny 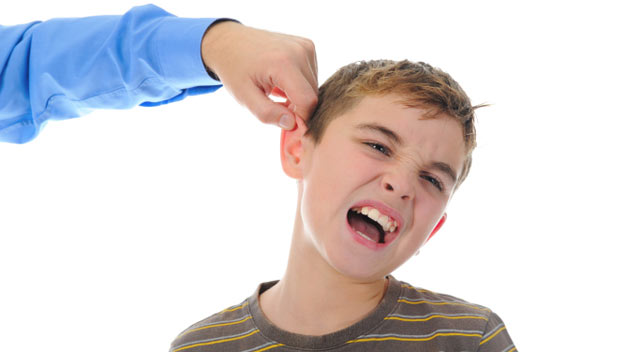 It would be easy enough to change Destiny to minimize this sort of behavior. The first and easiest change would be to allow players to search for similarly aged players. Sure, I would still manage to find dork players that are 40. But it’s going to be rare. Very very rare. Another change that could substantially change the way the game is played is to let me rate Metro negatively, or leave a comment about his mean-spirited play… which hopefully would warn other players away. Yeah, this system could be abused. But it seems to work for Amazon, E-bay, Open Table and other quasi-social transaction systems. Can’t see much negative in adding a rating transaction system.

Better yet… give us rich guys a way to buy credits, and then give to other players… like we can in Reddit. Sure, they don’t mean anything, but it would encourage other players to be cool as opposed to being idiots. You may actually build up a world of tutors and guides which Destiny desperately needs. Right? Reddit-gold encourages all kinds of good behavior. And giving out Destiny-gold, it may actually encourage others to polite, helpful and a joy to play with. And it could even be a way for Bungie to make money on correcting behavior. Let me pay someone in Gold to walk me through a raid. Or tip someone who was just a nice guy. Better yet, let me give negative credits to warn others away.

I adore Destiny. The game is the single greatest game to ever hit consoles or PCs, ever. And it deserves kudos. For sure. Some of the things I’ve seen and done in this game are beyond amazing. So kudos to you Bungie. But to continue to allow a culture of belittlement and bullying by fourteen year old is unacceptable. Especially seeing as though I just came up with 4 or 5 simple changes that could revolutionize the internal culture of this megalith gaming community.

But I’m done being treated like I was in middle school. I’m done sitting down for these snotty nose brats that push around other gamers. I don’t care how many raids they’ve successfully completed. Or how many Black Spindles they’ve nabbed, or Touch of Malices they’ve earned. From now on, I will kick asses from my fire team on site. Who cares how much I need their higher light levels or their experience. I’m done letting these kids speak down to me any more.  Just because you are talking to me over a computer, and I don’t know your parents, you should still be expected to treat everyone with kindness and respect. Belittling others and speaking down to other human beings should never be ok. And so I refuse to tolerate it anymore.