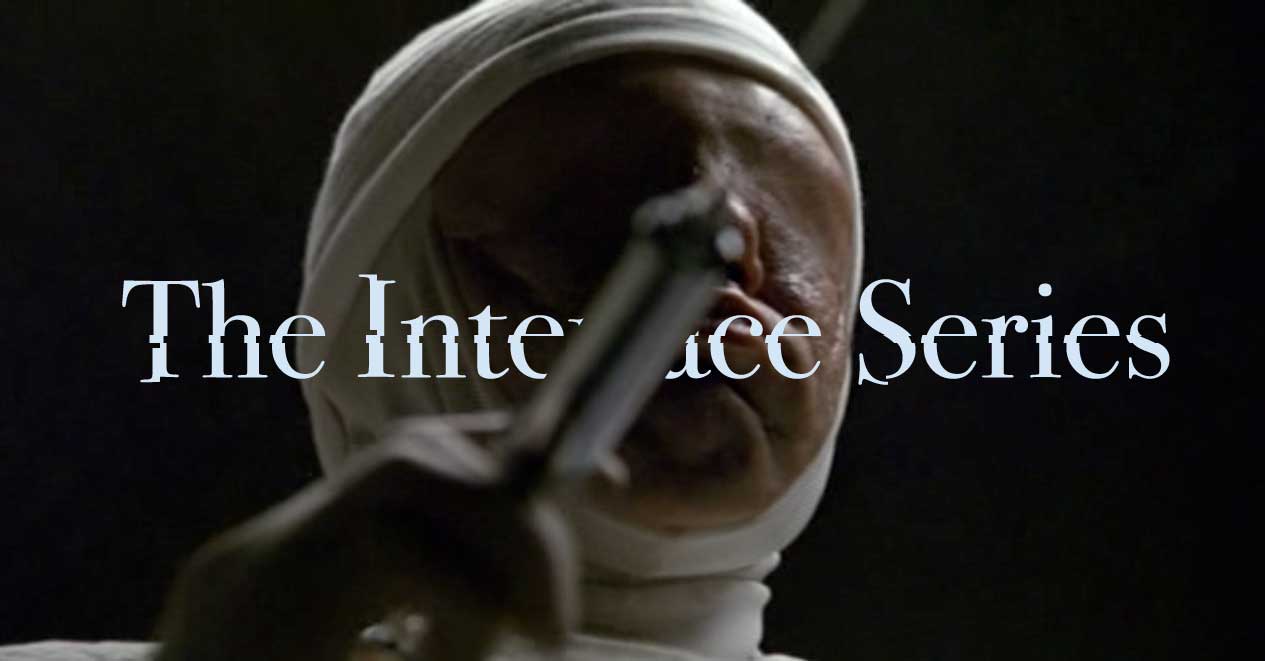 The Interface Series Is My New Favorite “Book”

The Interface Series Is My New Favorite “Book”

Avant garde publishing is hard to do now adays, I would imagine. Books that turn the medium inside out and cause us to rethink it’s potential? Yeah, rare. Books like Slaughterhouse Five. Right? Or books like the Catcher in the Rye? Just genre shifting type literature. And more recently, Illuminae is one of those genre bending books that may fit in this class. But there are other types that break the book world entirely. Books like S by J.J. Abrams. Or one of my favorites, House of Leaves. I’ve even recently discussed how one could create a layered, multi-faceted narrative novel recently… here, somewhere. If I can find it. Oh, yes. Here it is.

But really, at the end of the day – a guy scrawling clever prose out on napkins works for me. That really really works for me. Just an assemblage of scrawls, and effusive dribblings that ramble together a coherent single thread, or better yet, a multi-threaded miasma of meaning that may or may not be intelligible? Oooh. Now you’ve got me. But that is the key right? A clever conceit. An interesting idea. Something that hooks you and makes you want to read more. That is what I’m looking for.

But what about an author that pens his novel in the comments of Reddit? Is that possibly a thing? Well, heck ya, it’s a thing. Here… read this:

Come on, “a unite a stage a coup a revolution a bring a genocide a new world a” has either got to be the worlds worst novel opening – or the best. It isn’t average. It’s one or the other. “It was the worst of times it was the best of times.” “Call me Ishmael.” “It was a bright cold day in April, and the clocks were striking thirteen.”

If you were swinging through a discussion of Orwell’s 1984 (we should discuss his first post choice at some point) cover and you stumbled on this comment what would you think? Nothing else to go on. “Whole projects and hierarchies were created with everybody involved being more or less unwittingly under the influence of LSD.” eh?!? But then _9Mother9Horse9Eyes9 posts another random comment:

“In Vietnam, the U.S. government tried to pacify the country village by village using the Strategic Hamlet Program, basically creating villages where there was no or little Viet Cong influence.

They tried more extreme experiments where they completely isolated villages or groups of villages, allowing absolutely nobody to enter or exit for periods of up to four years.

In some of the villages, people simply starved to death.

In other, more self sufficient villages, the people managed to scrape by.

It was noted that in many of the villages where this technique was tried, messianic or millenarian movements sprang up.

In 16 separate incidences, villages were able to independently invent “flesh interfaces” and “non-electrical portals”, and it was surmised that these villages were being collectively dosed with LSD for long periods of time, and their intellectual mutations allowed for these ‘advances’.

The flesh interfaces were eventually destroyed by the North Vietnamese Army at a terrible cost in lives.”

Flesh interfaces? Viet Kong? Messianic or Millenarian movements? What? Is? Going? On? Here?!? And it’s all 100% brilliant. I love flipping through some of the comments of individuals that unwittingly ran aground on the latest and greatest Interface Series comments.

Brilliance. Layers upon layers of brilliance I tell you.

But what is this story really about? It’s fairly complicated, with numerous threads weaving in and out, but… there is a flesh portal that has opened, that goes somewhere. But no one knows where.

“It was a pit made of flesh. Maybe five feet across and going down about twenty feet before curving out of sight. When I say, “made of flesh,” I mean, it looked like the inside of somebody’s throat. Wet, reddish flesh-looking stuff. We had heard of them building tunnels, but this was…”

So the researchers begin shoving things into the portal. Non-biological data – tape recorders, stop signs, staplers, what have you – immediately get sent back and never really make it in. Mice sent through the portal go in, and usually come back dead. But occasionally they will come back alive, yet altered. Eventually, the NSA begins sending humans in, and they invariably die, except when they don’t. And they too are altered. And then die. Children seem to survive longer. But all will eventually die… save for one. Whom they nicknamed Jingles. (In a stroke of non-genious, it was decided by the NSA that all humans should be nicknamed after dogs to avoid psychological and emotional connections with the subjects. Yeah, that didn’t work.)

Jingles has survived the longest. Seven years so far. She is currently. 13. But someone abducted her after her return from the flesh interface. And it is in this messiness that the meat of our story resides. Why did she survive? What does she know? What is really going on here?

The Future Of Publishing

If you’ve read the Passage, that is what this book reminds me of. The story of some scary new thing (In The Passage, it was crazy zombie vampires that take over the world) and about the girl that can save the world from it. This too is all about Jingles, and her mysterious relationship with these flesh portals. So there is some Alias here, some Twilight Zone, some Stephen King. And it is completely and totally laced with LSD from head to toe.

Oh, I’ve got it – Have you read Wool? If so, this story is spiritual cousin to Wool. It was written similarly. It also has post apocalyptic implications, etc. The story of Wool and The Interface Series were both created via Post by post on the web. One on a blog, one in the comment sections of Reddit… but all in a very serial fashion. (And Wool was über awesome if you haven’t read it.) This too is all about clever ideas and their quick unraveling to their next logical (or illogical) conclusion.

You know what… I would kill to interview _9Mother9Horse9Eyes9 – hrmmm. Maybe I’ll chase him down. I’ve reached out to him, and we shall see if I can lasso him for an interview. But do yourself a favor and wade into the depths of this series. And if you’d like to read his comments in the most logical way, Redditors have stood up a wiki page for the posts, which make reading them in order much much easier. You can read them all here. And once you start reading, I’d love to hear what you think!