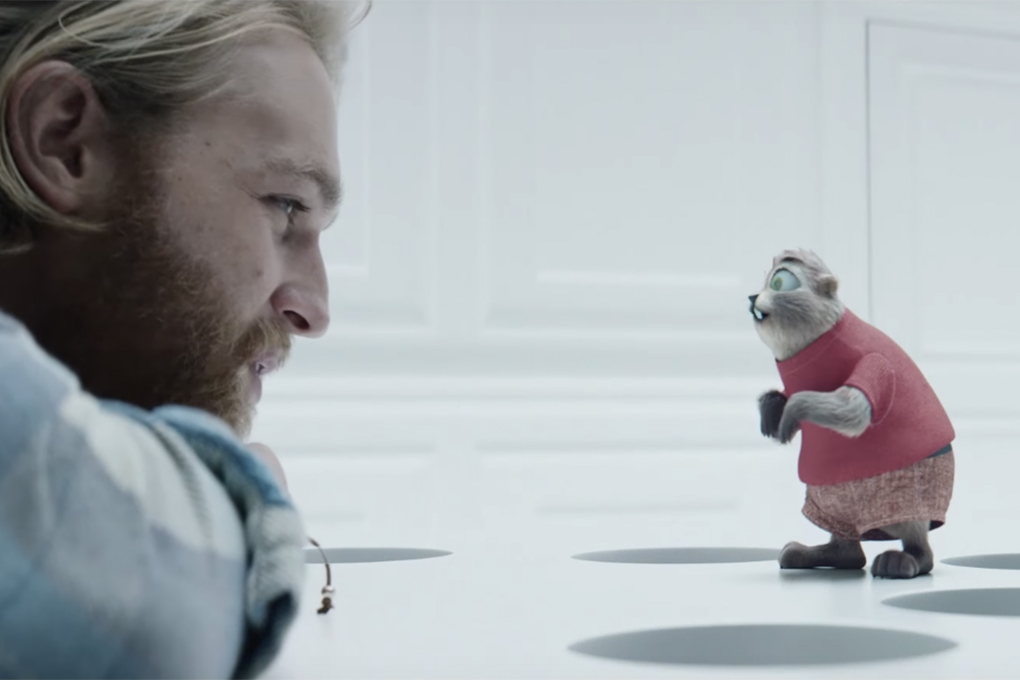 Taylor Holmes
cinema
November 3, 2016
Black Mirror Testplay episode is a head job of wonder and brilliance that just pummels you into submission until it's done with you. IMDB
Writing
Acting
Thrills
OHMYGAH!
Action
Reader Rating127 Votes
4.7

Watch Black Mirror at one of these fine online streaming confectionaries:

OOooOOoh. Stop what you are doing. Right now. Stop. Listen to me. And listen very very closely.

if you have never seen the Black Mirror show playtest…

DO IT RIGHT NOW!
WATCH IT NOW.

Oh my heavens, was this a Thor’s Hammer of an episode. It was great in practically every possible way. Character setup. CHECK! Acting. CHECK! Screenplay. CHECK! The idea. And oh my gosh that ending. Just, I don’t even care if you read anymore of this page.

The rest of this post is going to delve into the details of the episode and see if we can’t walk this cat back – and learn more about the ins and outs of the goals and the point of this episode. So if you haven’t seen the episode – you are about to spoil all the fun by reading further. Go. Shoo. Watch it. It’s amazing.

More than half of this episode of Black Mirror is really important backstory setup. I even found myself wondering what this episode was really about as the setup continued to let out line more and more and more. Normally Black Mirror episodes show their hand extremely early on. For example, season 3, episode 1 was obvious what it was all about around 30 seconds in. But Playtest? No. Even once we see the technology at hand, we still don’t know exactly which direction the episode is going or who it plans to castigate.

But regardless, we begin the episode with with Cooper, a thrill seeker that is intent on running from the problems at home, and seeing the world. We don’t really know what these problems at home are all about, but we know that Cooper is definitely not coping well with them. He’s avoiding them… actively. On the last leg of his trip, while in London, he meets up with a gal and they hit it off. So much so that Sonja begins pushing Cooper to tell her what this mental baggage is all about. And then, eventually, she begins trying to convince Cooper to call his mother back.

And eventually we start to learn that Cooper had stayed home to care for his father who eventually died of some form of dimentia. A tragic story between a father and a son. And Cooper considered his father his best friend. But that he wasn’t able to talk to his mother. So he fled the house, and began traveling around the world in a way to avoid the pain of the past.

THIS IS A GREAT SETUP.

We have a character that we care about. We have a tragic story, and an obvious enormous stressor and a very realistic situation that defines Cooper’s character. And then the episode transitions into a different full frontal assault of our senses. Cooper needs money – and so he goes and volunteers as a tester for a software development company. Except that this company is apparently special, in that they keep a cloak of secrecy around everything that they do. But soon Cooper realizes that their new software has to do with Virtual Reality that is realized via an implant at the base of the neck. The implant allows the software to interact directly with the brain and simulate reality unlike anything achieved before.

And as the testing progresses, Cooper starts to see the real brilliance and possibilities here. We go from playing a stupid game of Bop-the-Mole, to realism unparalled in Virtual Reality. The real magic happens when they take Cooper to a mansion and lock him in and tell him his safe word, and then let him know that it’s going to get freaky real fast. But quickly Cooper is actually bored. Until spiders and a childhood friend enters the scene. And yet, he sees through all that. He sees that the CG is unable to touch him and unable to harm him in anyway… and so Cooper continues to proceed through the simulation without much worry or concern.

Until Sonja arrives at the door that is. And she is full of conspiracy theories and Cooper really is now starting to get stressed out.

After really grappling with the possibility that this test could really harm him, Cooper begins freaking out. Totally coming unhinged. The spiders get bigger the chaos gets better. And then, Cooper is stabbed in the back. He feels the pain. And when he is told to step into a specific room to allow him to exit – all hell breaks loose and eventually intervention comes. But then we realize that they are all in his head. But then they extract him out of the dream – or supposedly extract him. We all are certain that we have left with Cooper and that he is now safe. The game designers ask his forgiveness and allow him to head out. Cooper then flies to the United States to go see his mother. But there is nothing ok about Cooper’s mother. She is completely gone – totally off the deep end.

But that turns out to be just another layer of the layered dolls of the inner-workings of the game.

And we learn when Cooper’s cellphone goes off that he had only been in the game for a total of .04 seconds. The cell signal completely interrupted the game and fritzed Cooper’s brain completely. And now he had died. To show you a little more clearly what had happened, I’ve drawn out a map of the layers. In order to read it chronologically read it from the bottom to the top.

Which sort of begs the question. In my discussion of Inception I argue that there are actually seven layers of Inception not the 4 layers that the movie purports are there. (Reality and three dream layers). I came to this conclusion because I believe that the wife was still alive after ‘committing suicide’ to jump to the real reality layer. Which, could be argued here as well… that we never actually reached the final layer of reality. And that the last layer that we are shown isn’t actual reality but instead one shy of reality. To be clear, I am not arguing that here. We have no reason to believe in this case that we didn’t reach back to reality again.

I absolutely adored this episode of Black Mirror. Just such goodness in such a tight little package. No, it doesn’t take aim at an area of society that is killing us, like we saw in Episode 1 of Season 3. But we do see a level of complete insensitivity to human life for the expense of profits. We saw big business completely overrunning the perspectives of the individual for the hopes of profit. Which, in that regard, sort of reminded me of Ex Machina, in a way. Regardless it was definitely an enjoyable hour of television that kept me guessing all the way to the end.

What did you think of the episode?