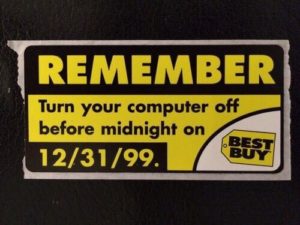 what a great year this past year has been here at THinc. (Or whatever you repeat visitors call it. “Taylor’s House of Horrors” Or whatever) Something like 300% growth isn’t anything to sneeze at. A bajillion comments. And a billion more laughs. It was a big year for me here. Literally, there are now always between 20 and 100 people on the site around the clock. 24/7. It baffles the mind really. It really really does.

Did you guys know that I basically paid someone to make the very first comment on this blog? Literally. I think it was a Starbucks card. And because I have zero in the way of pride, I am sure it is still out there somewhere. I think it was a five buck gift card and I basically just begged. It was awesome… in a depressing sort of a way.

But back then I didn’t know what I was even wanting to do out here. I knew I loved 2-way conversations. But a blog sans comments is anything but 2-way… hehe. But overtime I began writing about a random array of stuff that I enjoyed. Books, movies, travel, technology, etc etc. And the things that you guys were drawn to more than anything else was definitely the movies. Which, has been fine by me, even preferred! A couple of years ago I attempted to double down on the book front and read 15 to 20 books a month, and positively reviewed and recommended 5 – 7 to you all every month. In terms of investments? A 2 hour movie? Is norhing! Hahaha.

But the pieces I’ve done for the blog that I have really been the most proud of? The interviews. I don’t do them that often, but they are, without a doubt my favorite things that I do. Compared to the movie traffic they aren’t read at all. Even when I interview really important people connected with a movie that you all care about? Nope. Only a smidge of the traffic. But sometimes I just do stuff out here because it is good and interesting to do… I do it because I care, as opposed to writing for clicks and readers. And interviews matter to me because it’s all really about the people behind the movie or the painting, or the book, or the whatever. It’s about the prime mover that got that thing made. But regardless, everything I posted about this year was aimed towards interacting with you all.

So thanks to all of you that have screwed up your courageous and made that first comment (even if it was because I screwed up the names of Abbott and Costello (true story that)). Thanks for the emails. For the beers you have purchased me. You guys really are one big ephemeral family to me. I’d really like to meet you all. And that not withstanding, a simple email to taylor at taylor homes dot com to tell me you are reading regularly, or that you enjoyed this, or disagreed with that will help cement you in my mind. Sounds lame I mean sure. But I really do enjoy the interactions more than anything else in the world.

The other day, literally this week, someone posted this bonecrushingly intense comment. Like, tears to my eyes… re-evaluate what is important in your life sort of a comment. It was on the Arrival thread if you’d like to find it. The poster won’t mind I’m sure.

So I immediately commented… something ok for public consumption. Then I emailed this person and told them what the post meant to me. Which was a butt-metric-ton. We corresponded a bit and it was really meaningful to me. Relevant. As opposed to complete and utter irrelevance if you know what I mean. And that was interaction #1. Then I asked them if they’d mind if I mentioned their comment to the writer of the screenplay of Arrival, who they referenced more than once – so it wasn’t like I was just like name dropping or anything. And not only did Eric Heisserer respond back to me, but he also personally responded back to them, in the actual comment thread. You wonder, after years like 2016, why we do it? Why do we all collectively go on? But occasionally I see things on this blog restore some semblance of hope in humanity.

Last year I think my new year’s resolution was more movie posts that went deeper and had information that couldn’t be found elsewhere. And less erroneous posts. I think I succeeded in some respects. I’ll continue to head that same direction in the year ahead. I also learned, that you guys respond to posts about TV as well. Westworld and The OA have both been very rewarding (if challenging) experiments. So, I plan to do more and more complicated TV shows as well. Which is nice, because there are only so many movies that fit my niche here (complicated, abstract, metaphorical, obtuse, debatable) and so finding out that tv works as well is a welcome surprise.

No, I wasn’t trying to build anything of any relevance when I started this blog. But that we had something like 1.6 million visitors last year? It’s kind of a thing. Again. It’s not all about the numbers. But they help me understand what’s is working and what is not working. So yeah, something here seems to be working. But again, I’d much rather you say hello than just be a faceless number hitting a log file on some server somewhere.

So thank you. Thanks for the reads. The comments. The emails. The everything.
It’s been a great year. Can’t wait too see what 2017 has in store.
Taylor