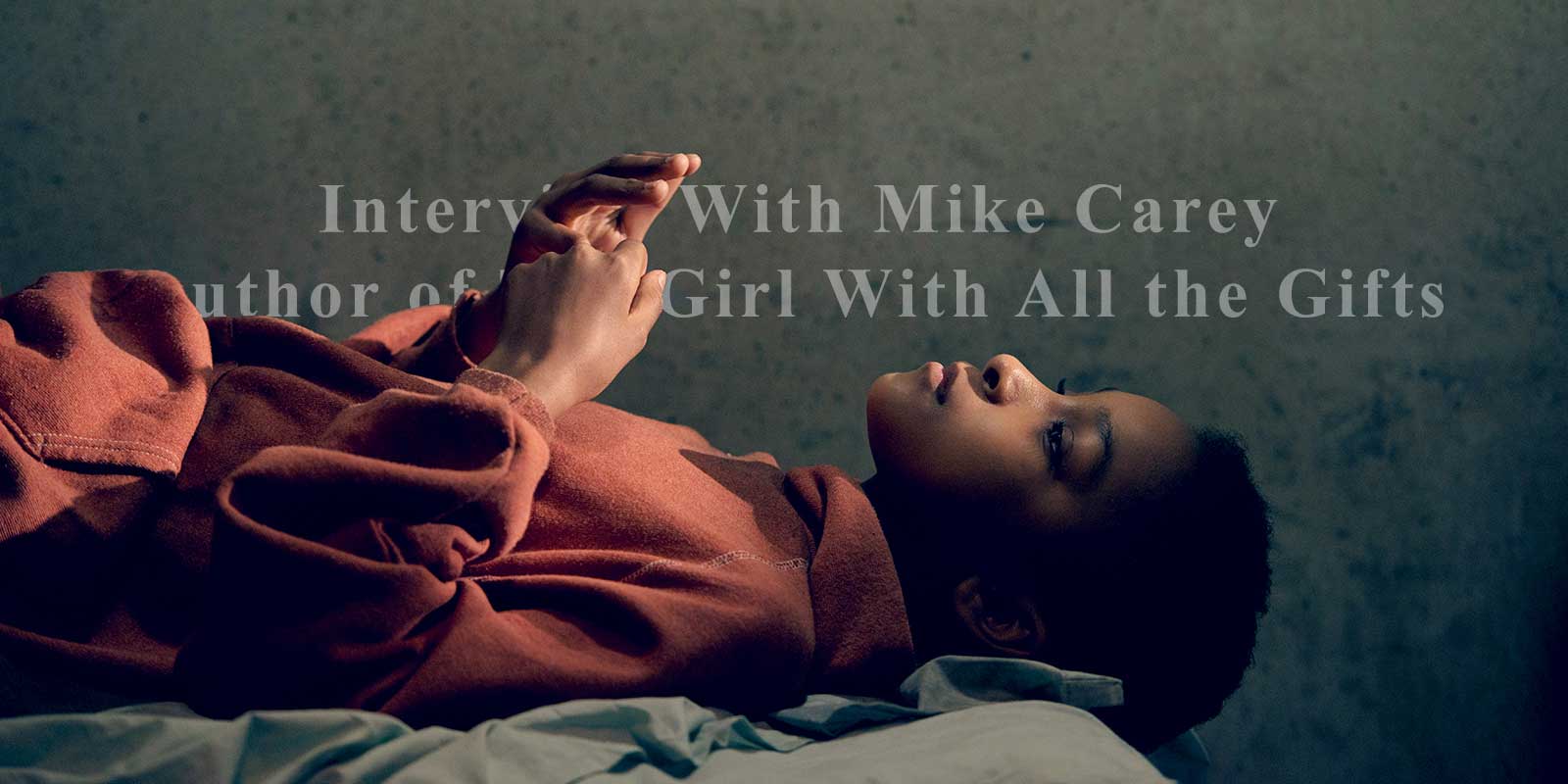 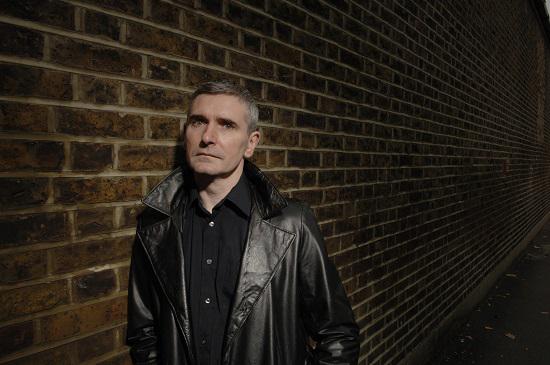 I was driving my daughter somewhere earlier today (to dance, from dance, swim team? I have no idea) and I mentioned to her that I’d just gotten an email from a lovely chap who wrote an awesome book about a zombie girl and she asked… why do authors and movie makers email to you? And I was struck by the question. My response was something like, I’m cool and they want to be my best friend. Or some dork-ish response. But it’s a great question. To really take an honest crack at the question though, I think it’s because if you really are genuinely into something, whether a book, a TV show, a movie, screenplay, what have you, and usually the creator of said thing will respond to your wanting to talk about it. Sure, your odds of getting a JK Rowling to respond are low. George Lucas? Very Low. (Can we please just not talk about it already!?) But anything else? Your odds are pretty good that they’ll respond to your positive feedback.

So I bet her that if she wrote to the author of the book that she is currently reading (not telling you who that is so that you don’t sway the bet in anyway… I know you guys) and told her… or him… them, that she loved the book and asked a few questions about it… I bet her the author would respond. What do you guys think? Am I going to win the bet? Of course I am. And yet, so many of you ask me the same questions… how in heavens name do all these people talk to you about this stuff? Because they love talking about their life’s work of course. Duh!

Which, brings us to Mike Carey. Mike is the author of the book The Girl With All the Gifts. And oh wait, he’s also the author of the screenplay for the Glenn Close movie of the same name. So I asked him if he’d mind answering a few (fairly burning) questions about his book and the movie this past week (which also happened to be the same week that he was nominated for a BAFTA (cough, British Oscars! for you uncultured ghets out there)) and Mike was extremely kind and courteous with his time. Which just proves the point one more time. Chat with anyone about what it is that they are doing and the odds are great that they’ll talk with you about it. Anyway, I have already told you about the movie in detail, and there were a few complications that I just wasn’t 100% sure about. So chatting with Mike about his screenplay really helped put to bed the last few questions that I didn’t fully understand. So let’s interview shall we?!

Taylor – Ok so this question is really important to me. In the book, it seemed as though the children with the gifts… (for lack of a better term) were born from two zombies having a child? Did I make that up in my mind, or is that how the book worked? And in the movie, the mother was human, then turned, and the fetus ate it’s way out? Were the book and the screenplay different in that way? And if so, why? Seems very relevant to the ending.

Mike – “Yes, we did play the logic slightly differently in the two versions. In both cases the children represent the second generation, the offspring of those initially infected – but in the novel, as you say, infection comes first and pregnancy afterwards. In the movie the women who give birth to Melanie and the other children like her are infected at a late stage of their pregnancy.

“The reason for the change was just simplicity and transparency. The movie doesn’t allow much space for lengthy lectures on the scientific backstory, and the idea of a ward full of pregnant women all falling victim to a single attack is very easy to get across, plus it builds a strong image in the mind. In the novel I was able to play Caldwell’s guesses and hypotheses out over a much longer span of time and have her working some of this stuff out as they travel. I was also able to introduce multiple examples of hungries retaining human impulses and drives.

“I think the ending has the same significance either way. It might make a difference to the numbers of second generation kids around, but it doesn’t change their status as a new, altered human race that has achieved a form of symbiosis with the hungry pathogen.”

Taylor – “Second question – my blog dives really really deeply into movies and the how’s and why’s. I have my own theories as to the ending of the book and the movie, but would you mind shedding light on why such a lovely young zombie (Melanie) would basically light the world on fire? (Personally my interpretations for the book and the movie are very different… so maybe you could reconcile them?)”

Mike – “Again, I think the rationale is identical for both. Melanie reaches a conclusion from what she personally observes and from what she learns about Beacon second-hand. She believes that humanity is no longer viable, and that all hope for the future resides with the feral children. She spreads the pathogen so as to remove the biggest obstacle from the children’s path, which is the threat that humanity will cull them in order to make a cure for their own condition. Imagistically it’s the openingof Pandora’s box – unleashing the horrors to get at the hope that lies beyond them.

Taylor – “Third question – Do I have this right, the struggle in the book and in the movie seemed between two forces – Dr. Caldwell and Melanie. Dr. Caldwell saw Melanie as the cure to the zombies and to humanity. And Melanie saw Dr. Caldwell as the threat to the new world order?”

Mike – “I don’t think it’s ever a struggle in the sense of them deliberately opposing each other. Until the very end of the story Melanie really has no agenda, beyond an intense feeling of protectiveness towards Miss Justineau. It’s only in the closing chapters of the book and the last few minutes of the movie that she thinks it all through and realises that she has a choice to make.

“And Caldwell wouldn’t see it as a struggle either, of course, since that would involve accepting Melanie as someone with agency. She sees her, and all the children, more in the nature of a resource to be exploited. One of my favourite moments in the movie is when Melanie forces Caldwell to admit that she’s a living, sentient being in her own right – kicking the legs right out from under Caldwell’s world view and leaving her hanging in mid-air.”

Taylor – “CONGRATULATIONS on your BAFTA nomination. So excited for you guys! What has this been like for you and the gang that made Gifts happen?”

Mike – “We’ve been amazed and delighted at the critical reception the film has received. We got five-star reviews from Empire and Sight and Sound, and Mark Kermode made us his film of the week in the Observer. Sennia got best actress at Sitges and Colm was voted best director at FantasticFest. The BAFTA nomination is the crowning glory, but we were nominated for four BIFAs, and Camille Gatin won in her category as breakthrough producer. We’ve also received two London Critics’ Circle Award nominations, for young performer (Sennia Nanua) and breakthrough filmmaker (me). It all adds up to a massive vote of confidence for the film and what we did with it, which feels great. We were very ambitious and it seems we succeeded in at least some of the things we were trying to do.
Fifth question – (unless you don’t mind me bloviating some more) do you have any new screenplays in the works? I know you’ve published Fellside back in April, (which I have just ordered and can’t wait to read) but would love to hear that you are working on another film!!?

“I’m working on two films at the moment. Fellside is one, and if that happens it will be with the same director and producer as Girl, which would be amazing. The other is a ghost story with a very contemporary and in some ways very unusual setting – even more unusual than a women’s prison! Both of those projects happened as a direct result of my involvement in Girl.

“I’ve also been working with two UK-based production companies on TV pitches, both of which are at very early stages. Out of nowhere, and for the first time in my career, screenwriting has become the bulk of what I do. But I’m still working on a new novel and a couple of comic book series…”

Wow – there you have it. To have Mike’s life right now!! So much excitement and tons happening for him right now. I guarantee that we’ll see tons more from him and the Gifts crew in the next couple years. Mike started as a comic book writer and grew from there to an author and then screenplay magician, which seems like a perfect career path for a screenplay author. But what do I know? Here’s what I know, his writing is fresh and interesting and insightful and hopefully we’ll see tons and tons more from him soon!